The past few months have not been easy for the ruling party of this country. The criticisms of Imran Khan and PTI have only grown. Despite many promises of change made by the government, very few developments seem to be made. As far as progress is concerned.

The ongoing economic crisis is already getting on our nerves. The rise in prices another headache. There is so much that this government is dealing with. Recently, another scandal was added to their long list of shortcomings. The Pakistan Bar Council (PBC) has called a countrywide strike today (Thursday) against what it calls the “unconstitutional moves” of the government.

Well, this is a very serious accusation if this is true. People get dethroned if they act against the constitution. No government, no law is above the constitution. Donald Trump in the USA is about to face impeachment for his actions that contradict the constitution. The strike is a means to protest against the extension of General Qamar Javed Bajwa and the Governments attempt to rescue a former president from punishment for committing high treason.

The case of General Qamar Jawed Bajwa’s extension is a curious one. The notification for his extension came out on August 19. Which said that he would continue to serve as the chief of army staff till November 2022. The decision, however, received opposition. The PBC denounced this move as the Government had to make hurried amendments in some relevant laws to make this move possible. The Apex committee is currently hearing a petition that challenged this move.

The high treason case in question involves former Pakistani President Gen. Pervez Musharaf. He is on trial for subverting the constitution back in 2007. The PBC claims that the Government is trying to prevent the announcement of the final verdict on the high treason case. Recently, the government had approached the Islamabad High Court seeking to bar the special court from announcing the verdict. The lawyer’s body disapproved and condemned this “unprecedented and unjustified move”. 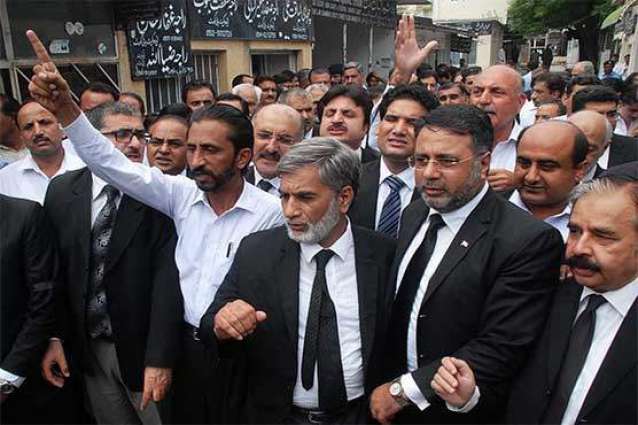 In the wake of these recent events, two of the most respected institutions in the country are at crossroads now. The country is already going through so many crises at the moment and this situation will only make things worse. The High court has now intervened and has asked the federal government to form a new prosecution team for the high treason case by December 5. Let’s hope that things get better and that a suitable solution is found.