Brace yourselves guys, a credible piece of art is coming out of Northern Pakistan, a region struck by war and terror for the past decade. Such a progression goes down as a very constructive step towards maintaining harmony in the region. We all have a comprehensive idea how the North of Pakistan has suffered from terror and the change inflicted in the lives of people as a result of that.

A bilingual film, entitled as “Project Peshawar” is soon hitting cinemas all over the country. The plot opens up to the lives of two primary characters, a girl from Peshawar and a London-based boy who apparently falls in love with the girl. How it all comes together? Through the Internet; yes, because it’s 2017 and human interaction has taken another dimension. This movie showcases the flip side of the very same! 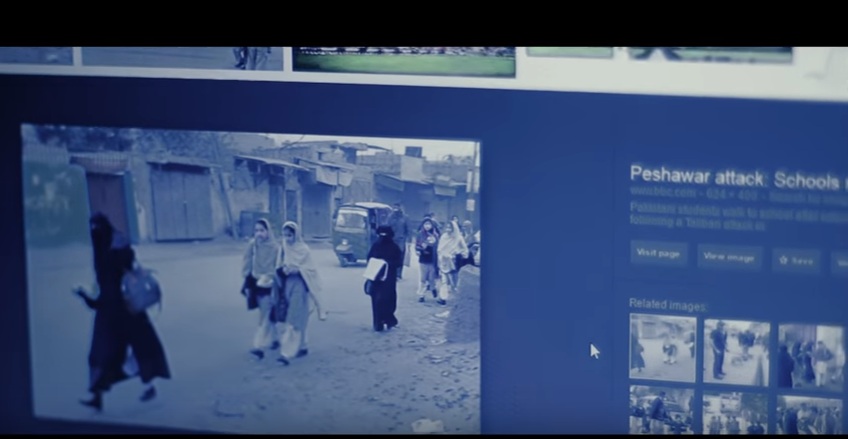 Not going to spoil anything for you; just that the Londoner travels Peshawar only to find out it was all a setup, a mere trap to abduct him. Scary, right? Watch the trailer; it’s more gripping than you would have ever expected!

Now here’s the shocker: the movie is based on a real life story.

Cyber security has always been a vulnerable subject. Our society is laden with this maddening taboo and the Internet users still need to grow increasingly aware of the possible threats lingering around. This film is another projection of one’s wrong anticipation of the person behind a computer.

It sheds light on one of the grave issues our society has to deal with. It is not a new subject; people all over the world have faced cyber security issues. Theft has formed a new dimension through it and as much awareness around this subject can be raised, our society can benefit the most.

For now, we are geared up for this brilliant movie. Done a fine job with the trailer and if it turns out to be as thrilling, it would be great.

We Need to Talk about these Extremists Speaking Against Ayesha Gulalai!
Veena Malik was Schooled for Saying how Ayesha Gulalai Sold her Dignity for Money!
To Top