Profanity in Music - Here's How Song Lyrics Are Changing Your Personality

Music is important in the social and personal lives of adolescents. They cruise the streets in vehicles with pounding sub-woofers; 25,000-seat concert stadiums sell out in minutes; and billions of dollars are spent each year on tapes and compact discs. Between Grades 7 and 12, the typical adolescent spends over 10,000 hours listening to music, an amount of time similar to that spent in class by the time they graduate from high school. 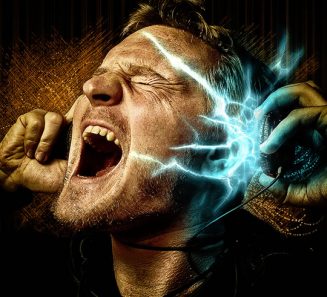 No doubt music is one of the most ancient methods of jollification & enjoyment, of expressing feelings & emotions. It is called ‘international language’, because it encompasses the whole world & does not know any geographical or political boundary. Nowadays, people are getting more & more involved in Music & for them, it has become a part of their daily life. It is a pity that they do not pause to think the adverse effects of music on their physical & mental health. Music, no doubt gives you a soothing effect but where there is an advantage of something, there is a disadvantage of it as well. For instance,

Violent song lyrics increase negative emotions and thoughts that can lead to aggression, according to a study published in the May issue of the Journal of Personality and Social Psychology (Vol. 84, No. 5). Similarly, blue language in songs leads to a personality which has no values and takes things like vulgarity very lightly. They subconsciously or consciously use inappropriate words in front of opposite gender that tells a lot about a specific person.

The background of this blog rests on the daily unethical circumstances one has to go through on daily basis. The weird looks, the discomforting postures and levied comments do not feel right.

Although the basis of this can be traced down to multiple items; one point that is not noticed is the presence of vulgarity in songs. We are so accustomed to it that we don’t even feel awkward about it rather take it as a fun statement. It does not mean that one particular matter is to be blamed for the degradation of society but to highlight a point which is prevalent but still missing from the eyes of society.  Art needs to play a role and stop this menace becoming a norm of the society and this is a trivial effort in this direction. The results indicate a relationship between vulgar song lyrics and increased thoughts and feelings of disesteem.

Read Also: Top 10 Nostalgic Indian Songs With Weird-Ass Lyrics That We Were Once Hooked On