Going Against Govt Orders, Private Schools Of Pakistan To Reopen On August 15th

Rejecting the government’s decision to increase the educational lockdown till September 15, the private schools of Pakistan have come on the same page to reopen. Classes now will start from August 15 instead of September 15, as suggested by the government.

Speaking at a joint press conference, an Educational Network spokesperson said that the government had opened other sectors of life, after controlling the COVID-19 outbreak. In this regard, it was now time that private schools and educational institutions of Pakistan reopen as well.

Stating that students of religious seminaries and schools alike had suffered the worst of this COVID-19, it was now time to reopen. However, they mentioned that special SOPs will be followed and the schools will be opened under ‘strict safety measures’. Already, almost 6 months of education have gone to the dogs, and further delay in reopening schools would cost the children.

Open schools, since everything else is open too

A PEN contingent had also been meeting ministers and other advisors of the government on the same issue. The private schools network of Pakistan is still trying to convince the government to not stick with their initial decision to reopen schools in mid-September.

“The government has formed a three-member committee of provincial ministers to submit recommendations for the opening of institutions but the body is yet to present its report in this regard,” said PEN spokesman Mr. Daudzai. He added that the lockdown had been detrimental to students and teachers alike, for various reasons.

“The owners of these institutions and religious seminaries are ready to extend full cooperation to government for containing coronavirus and it is time to open the institutions.”

Students on the other hand have now had enough of the lockdown as well. All around the country, even the backbenchers who wanted the COVID-19 break to prolong, now want to return to schools.

“Take me back to school” 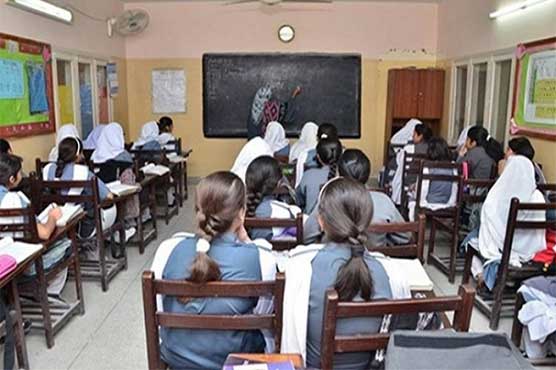 Speaking to us, one student of grade 9 said: “It is about time we returned to our schools. At the start, it was fun because of so many vacations, but now we have nothing else to do. The PTA banned PUBG as well, so there’s nothing for me to do other than focusing on my education.”

Another female student who talked to us stated that she missed her friends and wanted to get out of the house and want the schools of Pakistan to reopen. She said that normal routine is returning and everyone in her house has started to go out as well. “I want to go out now. I want to return to school. Meet my friends and my teachers. I miss studying as well and it is very different to study at home than in the classroom,” she concluded.

Just as the private schools of Pakistan reopen, previously, there was a rumor that students will have to buy ‘custom masks‘ as a part of their uniform.