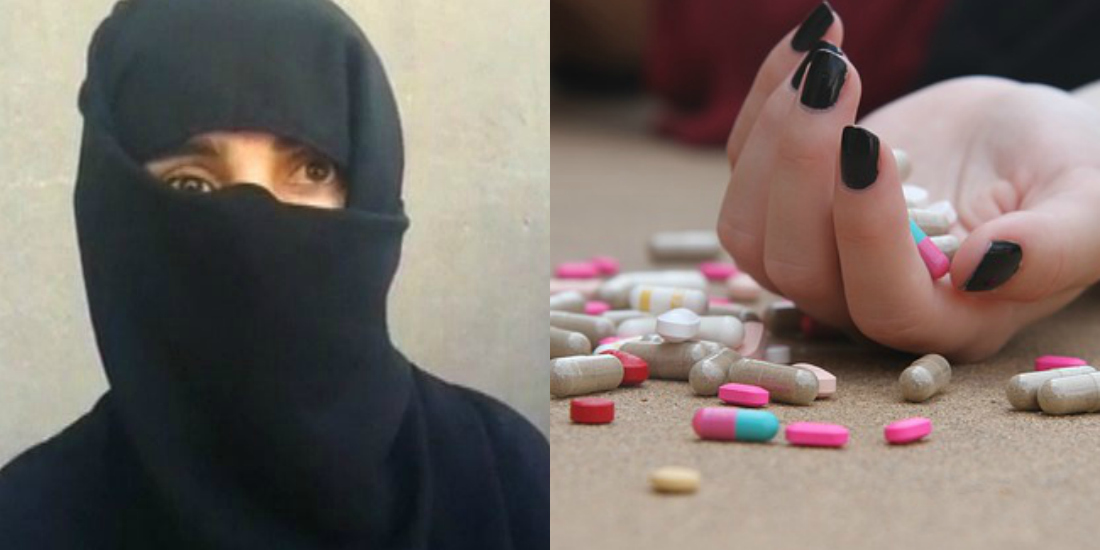 The reason? Her principal refused to send her examination forms to the Board of Intermediate Baluchistan, which didn’t let her sit in the exams – halting her education. 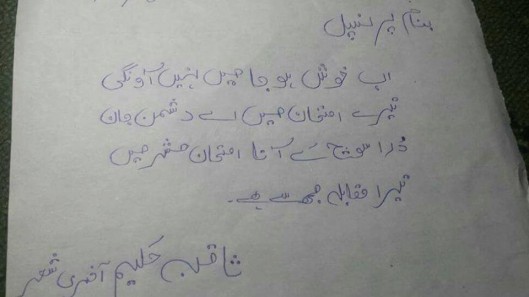 Above are last words of Saqiba, written to the principle of her college in a letter, whose bloating ego took the teenagers life. Principle Abida Ghous and her cleric, who was also her brother-in-law, were named in the FIR lodged after Saqiba’s suicide.

Baluchistan has always been distant from human rights and going-by-the-book approach – people like the accused are reason of suicide for many teenager deaths across Pakistan. 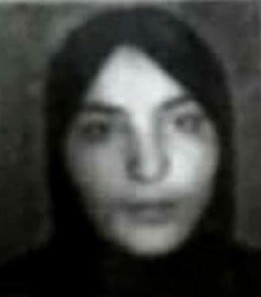 The reason why Muslim Bagh Girl’s College principle wasn’t sending Saqiba’s forms? Her ego. Along with the authority she had as the principle. Saqiba would have been enrolled in second year, had her forms not been stopped, leading to her death.

This is a growing issue in our society that needs to be looked upon. Baluchistan already has the lowest literacy rate in Pakistan and the only way it can gain substantial literacy is when children will go to school and get proper education. People like Abida Ghous, power hungry illiterates on higher positions have taken the youth’s future for granted – far too long.

The accused principle and cleric have since been suspended and a formal inquiry of the case has been ordered by the Baluchistan government. No matter what happens now, if Saqiba gets justice or not, the fact is, there are too many pretentious people taking advantage of the positions they are in – the principle is just an example of what sorts of unseen evils our society has given birth to. 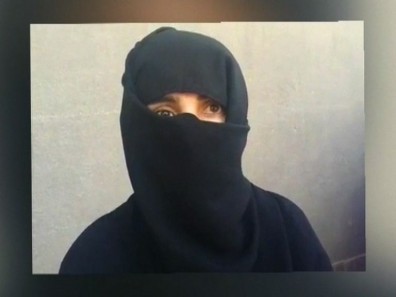 According to Saqiba’s sister, she didn’t commit suicide, she was murdered for her passion, to gain education. The principle always looked down on her and envied Saqiba’s capabilities. Let’s raise our voice against these monstrous aspects of Pakistan that we’ve overlooked on for far too long.

Let’s make sure no other Saqiba suffers the same fate and is robbed off her education rights. Let’s get justice for Saqiba Kakar who gave her life for education rights, something harsher than Malala’s sacrifices.

Also see: 13 Things That Are Prohibited In Islam But Muslims Follow Blindly

As You Sow So Shall You Reap; Are You Sowing The Right Seed?
How to Make The Most Of PSL With Your Friends!
To Top