Prime Minister of Pakistan Nawaz Sharif For Sale On eBay! 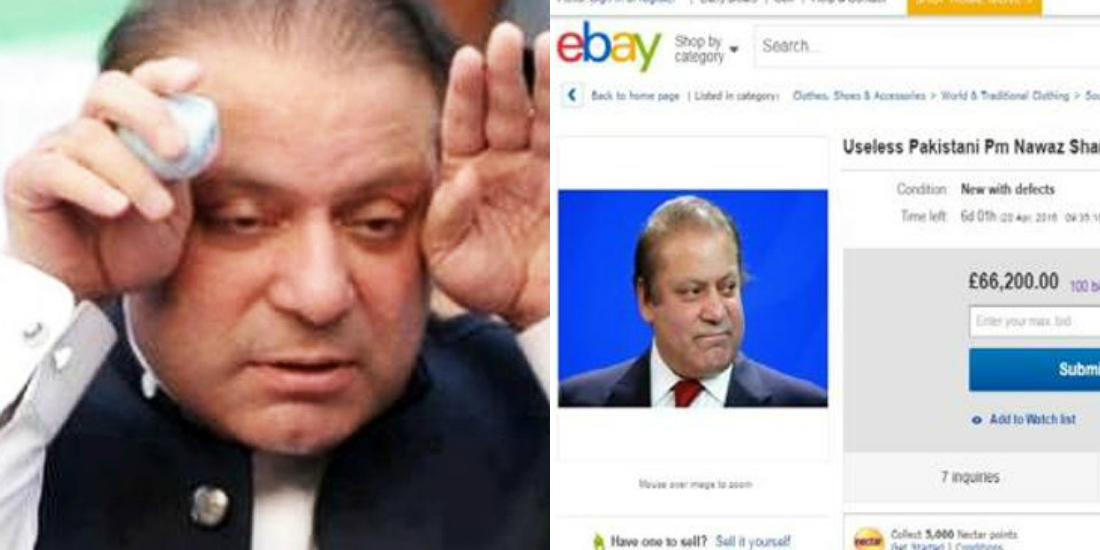 Ever wanted to get yourself a Prime Minister? That too on sale? Well, now’s the right time to do so. Pakistan’s ‘useless’ Prime Minister Nawaz Sharif is up for grabs on famous e-commerce website, eBay. 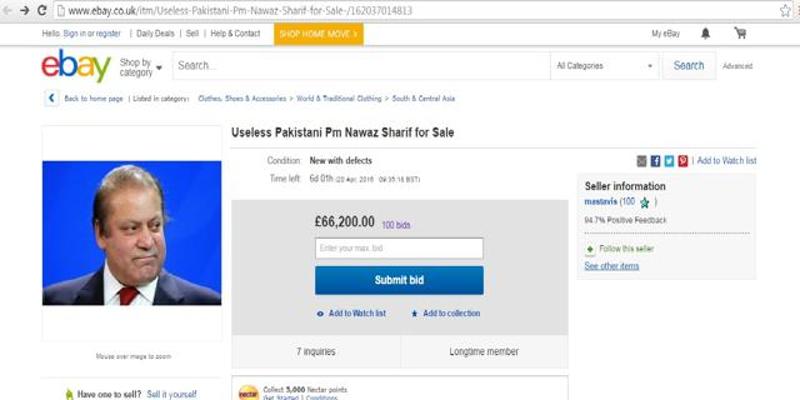 The description of the useless Prime Minister set up by a fan of Nawaz Sharif (not really), says: “Used Pakistani Prime Minister Nawaz Sharif for sale. No longer needed. Needs a bit of TLC. No box or instructions. Buyer must collect. Seller not prepared to touch item. Pick up from central London today, address will be supplied on completion of sale. Buyer must arrange own transport.”

The hilarious advertisement further says: “The whole range of the product and its family is genetically defected and corrupt. Not in working condition. It never worked. It was faulty and corrupt by birth. Buy this and a similar item in smaller pack Mr. Shahbaz Sharif will be given for free with it and that item is good with drama and passionate speeches but no use too.” 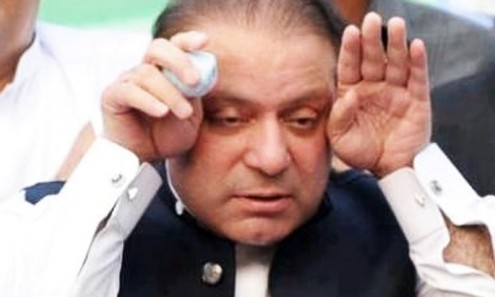 “Usually found in England, America and Turkey more than in Pakistan. All business, properties and family in London but still wants to be a prime minister in Pakistan,” it further said. Sharif, who is facing strong criticism post the sensational Panama Papers’ leak which exposed his family’s offshore dealings, is currently in London for his medical checkup,” the advertisement reads further.

The most cringe-worthy but funny bit is not the advertisement itself, but to realize the fact that people actually want a piece of the useless PM! The satirical advertisement has already attracted 100+ bids from a dozen or more people who want a slice of the cake. The ad went up to the mark of 66,000 pounds. 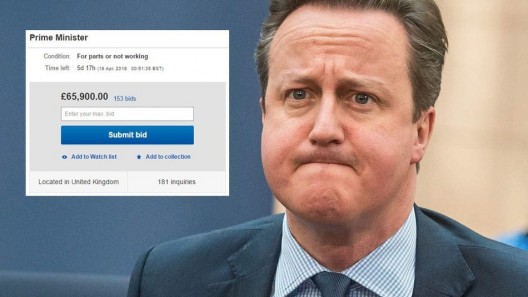 However, Nawaz Sharif isn’t the first name on the wit-bit of selling your Prime Ministers on eBay. A little time back only, the key of 10 Downing Street of London, British Prime Minister David Cameron was also on the list, available for sale!

“Chotu Gang” Wreaking Havoc In South Punjab!
NUST – The First Pakistani University To Make It To The Top 150 List!
To Top