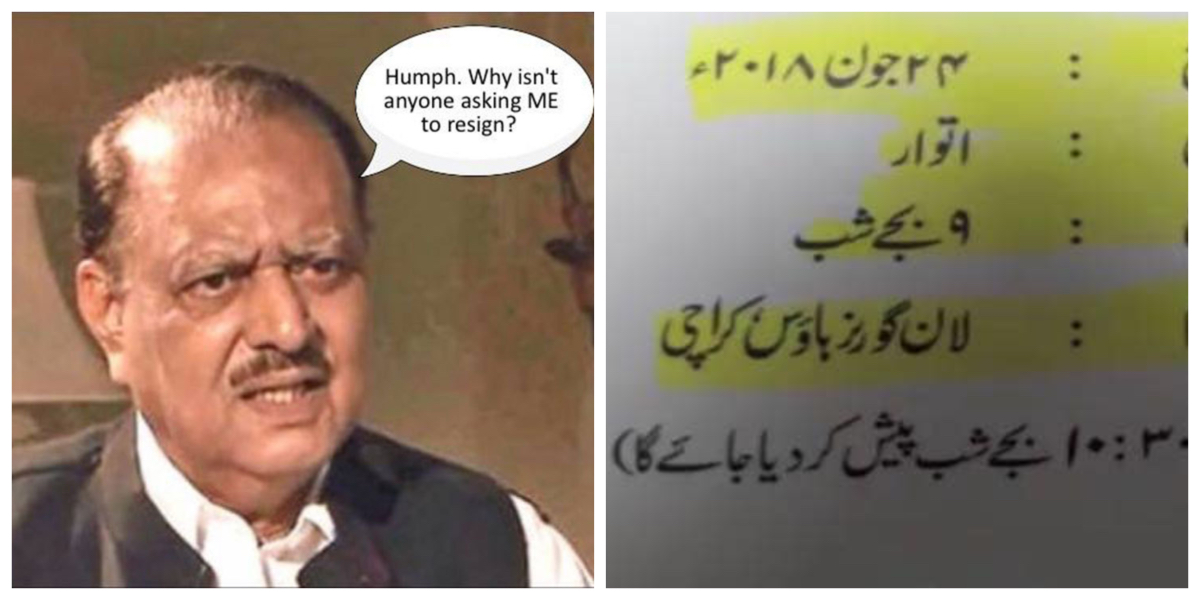 President of Pakistan, Mr. Mamnoon Hussain, is the highest paid government official in Pakistan, however he still decided to choose governor house as the wedding venue for his grand-daughter.According to Samma TV, Mamnoon Hussain has booked garden area (lawn) of the governor house for his grand daughter’s wedding. Huda Adnan is supposed to get married on the 24th of June 2018.

Mamnoon Hussain has to be one of the most notorious presidents of Pakistan but surprisingly not because of malicious activities or corruption but because of being the most inactive president in the history of Pakistan. However, he draws a salary of PKR 846550 per month for ‘fulfilling his duties’. He makes millions of rupees per year, yet he took comparatively cheaper route and selected governor house for his grand-daughter’s wedding. Governor House’s VVIP wedding area costs around 10-15 lac rupees. Well, anyway.

Let’s hope and pray that a day comes when our politicians and leaders start spending our  hard earned money on more important things like health, education, infrastructure and other basic facilities of life rather than filling their own pockets and spending them lavishly on useless things.

While we have given up on system, we should also realise that it’s us who make the system. We need to call out people for their actions. We say one vote won’t make a difference, imagine 50 million thinking on the same lines. Every voice matters, every vote matters. Let’s be the change and make sure we vote this year and to the right person. Who is the right person? Well, let’s evaluate each party carefully and decide but let’s vote!