Long ago, Indian actress Preity Zinta was in a long-term relationship with Dina Wadia’s grandson, Ness Wadia. Being involved in a relationship for quite some time, Zinta had the honor of meeting the 98-year-old daughter of Muhammad Ali Jinnah, Dina Wadia.

Dina Wadia passed away yesterday and the entire world honored the time when she walked the earth. Preity Zinta was one of them – the actress tweeted how upsetting the news is in addition to the honor she had while meeting her.

Sorry to hear that the elegant & spirited Dina Wadia is no more. I was fortunate enough to have met her & really admired her?#RIP

In addition to sharing her condolences, a previously organized interview reveals how Zinta was fond of spending time with Dina Wadia.

In an interview, here’s what she said about the elegant and charming daughter of Quaid-e-Azam:

“The first occasion when I met her, I gazed at her surprised. Good lord, she conveys such a great amount of history inside her! From that point forward we’ve met over supper and at other social events a few times. Each time I’m struck by her delicate attitude, her exemplary class, and yes, her delicacy,”

Dina, who got married in India and spent much of her life in the same country as well as in New York shared a remarkable resemblance with Jinnah, according to Zinta.

“I was additionally struck by her unmistakable facial likeness to her distinguished father (Jinnah). I’ve never o 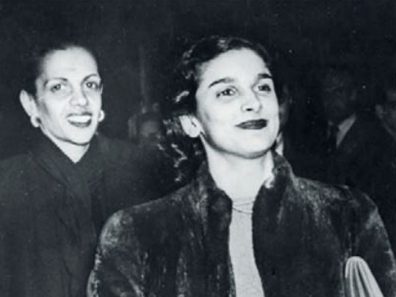 bserved two individuals who take after each other so nearly.”

Zinta further said how energetic and full of life Dina Wadia was. “She passes on a spread of unmistakable quality. Each time I meet her, there’s such an extraordinary add up to chug from her. There are a couple of individuals in this world who basically pass on an air about them. She’s one of them.”

Zinta also shared how Dina held much interest in IPL cricket matches, given how the actress herself actively participates in them. “She takes a lot of excitement for my life. The last time we met, she expected to completely comprehend the IPL matches. She’s so basic to our conditions as a woman and a figure in history yet passes on so much joie de vivre in her attitude. I basically need to sit with her and listen to her.”

Perhaps Preity Zinta knew more about Dina Wadia than Pakistanis, given how we never remembered her. It is great to hear such words from someone who knew the daughter of the founder of our country.

Coke Studio’s Tajdar-e-Haram Clocks 100 Millions Views on YouTube and Breaks All Records
Virat Kohli Gives Us the Biggest Reason Why No Pakistani Can Ever Come to Hate Him!
To Top