What has the world come to? Compassion, empathy, sympathy, love, affection, and basic human decency are the qualities that seem to be becoming rare. Unfortunately, Pakistan has been suffering from moral bankruptcy and barbarity since long. If you look at the domestic cases that somehow make it to the online media are nothing short of horrific and shocking.

Everyday news in Pakistan has become negative to the point that the surprise factor has completely vanished; from child abuse to crimes against women – a common everyday highlight, sadly. 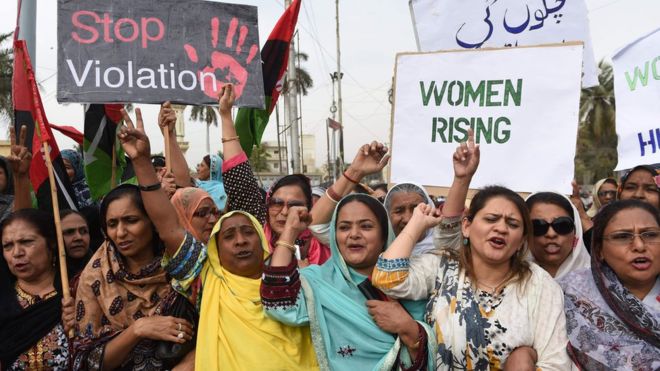 Most of these crimes are committed against women and most of them by their own husbands in our society. Sadly, the patriarchal society did its best in making laws in favor of the men. There is a reason why most women do not dare to file a case against a rapist/culprit since they are aware of the justice that will never be served to them.

A Pregnant Wife In Islamabad Was Forced To Drink Acid By Her Husband Dies A Painful Death.

After five days of agony, the pregnant mother-to-be breathed her last in the hospital. Officials from Bhara Kahu police station reported that the sickening incident took place in the victims home in Al Noor Colony, Islamabad.

The brother of the deceased reported that she has a four-year-old daughter. He including the family was not informed by anyone about the unfortunate incident. He also shared how shocking the news of his sister being forced to consume acid was.

An FIR (First Information Report) has been lodged on behalf of the deceased’s brother and an investigation into the incident was initiated, said the police.

FIR under Section 336 Is Filed By The Police And The Investigation Is Underway.

The police disclosed a piece of sad information about the tortured woman. She gave birth to a still child, four days ago. They have also notified that actions will be taken on the basis of the medical test and post-mortem reports that have yet to be produced and acquired.

Where did parents go wrong to raise men that lack respect for women to the point that they are not even considered human? Torturing them, sexually harassing them, raping and killing them. The kind of heinous crimes committed against women, one would not even do that to an actual animal.

Chairman FBR Shabbar Zaidi Is Being Accused Of Not Paying Taxes Himself And Awaam Is Asking Their Kasoor!
Here Is What We Know So Far About Ali Zafar and Meesha Shafi Case
To Top