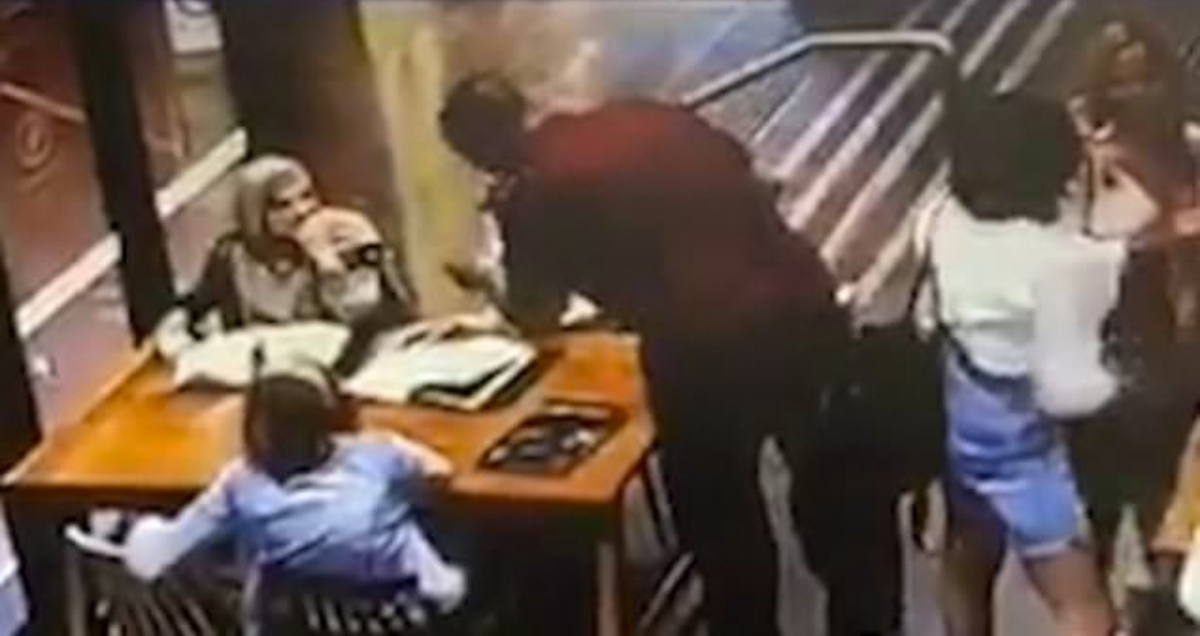 In a horrific Islamophobic attack, a pregnant Muslim woman has been subjected to violence in Sydney, Australia. The man from Sydney was recorded kicking, punishing and stomping on the pregnant woman. The Australian Islamic Association has labeled the attack as ‘Islamophobic’.

The unprovoked attack took place inside a restaurant in Sydney. There were three women sitting on the table inside a cafe when the vile man approached them. The pregnant Muslim woman who was attacked was wearing a headscarf (hijab).

The 31-year-old woman was 38 weeks pregnant when she was approached by the 48-year-old culprit. The man approached their table, made some statements and started punching the pregnant woman. After the woman fell down, the culprit started kicking and stomping on her. The man, before he attacked the woman, screamed anti-Islamic slurs at the trio.

However, before the man could increase his violence, bystanders intervened and pulled him away from the fallen Muslim woman. The man was later arrested and charged. According to Sydney Police, the suspect has been charged with ‘assault occasioning actual bodily harm and affray’ – which means he will not be given bail.

The attacker and his Islamophobic intentions

But, the police have not made any comments on what the attacker’s motive was. In retrospect, his motive was clear, which was Islamophobic in nature. Moreover, the police did speak on additional charges on the culprit once his trial begins.

A heavily pregnant Muslim woman was brutally attacked, repeatedly punched and stomped in the head by a man in a #Sydney cafe.

The Police say the attacker was screaming anti-#Islam slurs at the women who were all wearing head scarves.#Australia #Islamophobia #Parramatta #Hijab pic.twitter.com/PvuwBpFvos

Since then, the Australian Federation of Islamic Councils (AFIC) has commented on the incident. As per the AFIC, the man was slurring anti-Islamic comments on the women. “This was clearly a racist and Islamophobic attack and we expect it to be treated as such,” said Rateb Jneid,  AFIC president.

In addition, police inspector Luke Sywenkyj said: “If it were not for the brave actions of these members of the community in stopping the assault the victim may very well have sustained much more serious injuries.” As per reports, the Muslim woman’s pregnancy was not harmed, thankfully.

Consequently, the woman was taken to the hospital after the incident and discharged later. According to research by the Charles Sturt University, Australians have been subjected to Islamophobic attacks, especially women who wear headscarves (hijabs).

Out of the 113 Muslim women who were subjected to religious violence, 96% of them were wearing hijabs. In recent years, Islamophobia has started to run rampant in Australia, something that did not exist in the past.

This incident serves as a stark reminder of the increasing Islamophobia around the world. After the US and Europe, such incidents have started taking place in other parts of the globe as well. The Christchurch mosque shooting in New Zealand is a prime example of this.