It's A Miracle! 60-Year-Old Man Becomes Pregnant In Punjab

Yes, you read it right. The incident happened in Punjab where a local lab in Khanewal on Monday declared a 60-year-old man as pregnant. Allah Bitta just couldn’t believe himself after getting the reports. Reportedly, the lab wasn’t registered and was running illegally from the past good two years.

However, following the news, Khanewal’s district commissioner sealed the lab and arrested its owner, Amin.
The blood transfusion lab was located across the DHQ Hospital Khanewal. The health department, after a detailed investigation, also confirmed that the lab was indeed illegal and working without a license.

Though, it is a serious matter that a lab was operating for the past two years and was even sending out misleading and wrong test reports to patients. As the poverty level in interior Punjab is quite high and people are not well-informed getting the reports cross-examined by doctors or any other lab. They usually end up going to fake doctors and cheap leaps. However, the wrong report that declared an old man pregnant must be an eye-opener for them. 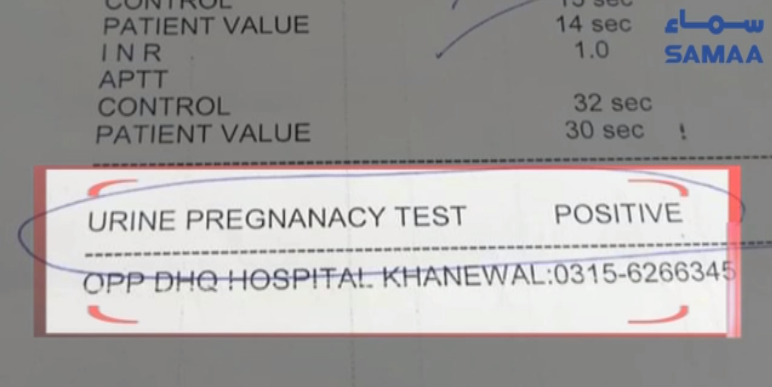 In the past, there have been many cases of health negligence in the Khanewal.

In 2018, a minor girl had died at a state-run hospital. The family blamed the security protocol of the provincial chief minister who was visiting the facility at the time. The hospital administration, including the medical and paramedical staff, was busy in welcoming Chief Minister Sardar Usman Buzdar. They didn’t provide treatment to the patient who was critical at that time.

Last week, there was a case from Khanewal’s Jahanian, where a man was spreading rumors related to the spread of the coronavirus in his village.

Out of 100 million people living in South Punjab, there is a lack of health facilities in these areas. Only Multan has a big hospital, Nishtar Hospital. There is no big hospital having full health facilities in nearby districts like Khanewal, Lodhran, Wihari, Rajan Pur, Bhakar, etc. Most of the patients going through Multan and give their last breath on their way. More hospitals and labs with full medical equipment are needed in the areas of Punjab while the health of people should be given a priority.

The World Is Your Classroom: Is Pakistan Ready For Homeschooling?
WATCH: Senior Citizens Ignore Govt SOPs As They Enter A Mosque To Pray
To Top