This article was originally submitted by Musferah Humayun

Pakistan is the second-largest economy that is suffering from deep-rooted poverty; we have limited access to basic social services. Poverty has caused stunted growth of children and malnutrition problems that is immensely increasing day by day.

Millions of people go to sleep without having a meal and Pakistan has been ranked 94 on the Global Hunger Index (GHI) 2019. Moreover, the four indicators on which GHI is based on are child wasting, child stunting, undernourishment and child mortality.

Pakistan is in a “serious” condition as ranked on GHI.

Considering these facts, we should be working towards improving this even on an individual level. As we know, little drops of water can make a mighty ocean. We are eating meals in lavish restaurants and are not even being empathetic; towards the people who don’t even have proper, not even proper, but just food to eat. 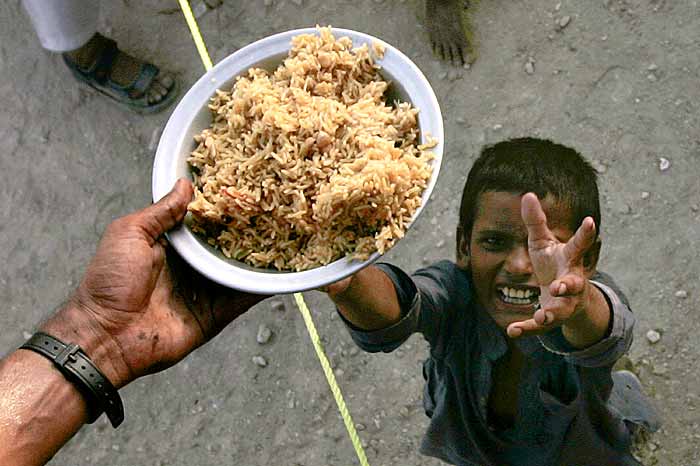 via economy of Pakistan

Neither do we care about the labour in Pakistan who gets out of their homes in the morning; wandering on the streets in harsh sunlight asking people to hire them and going home with what; 200 rupees, maximum 500 rupees? That too, just so that they can give their family food to survive.

The lower class of Pakistan doesn’t even have the basic necessities of life. Malnutrition in kids has a great impact on their physical and mental capabilities; if they are not provided with the proper nutrition, it would be very difficult to survive. According to the Federal Bureau of Statistics in Pakistan, about 4 million children in the age group of 5-14 years are working.

Talking about kids, one of the main consequences of dispersed poverty in the country is child labour. 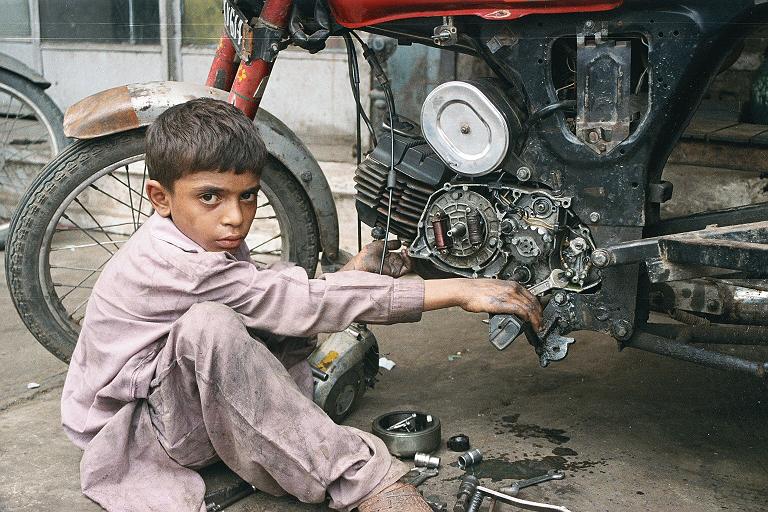 These children are the main pillar of setting up tomorrow’s economy. If we waste them in the hands of ignorance, we would be left with nothing except the cause of some more social problems. Hunger is the main reason which makes their parents send them to work; in auto repairing shops and small hotels instead of sending them to schools.

These kids are actually suffering punishment for crimes they have never even committed. Also, let’s not forget “the wastage of food”. It has been estimated that around 36 million tonnes of food is wasted in Pakistan every year. On one hand, millions of kids are going to bed without a meal and on the other hand, an abundant amount of food is going to waste. 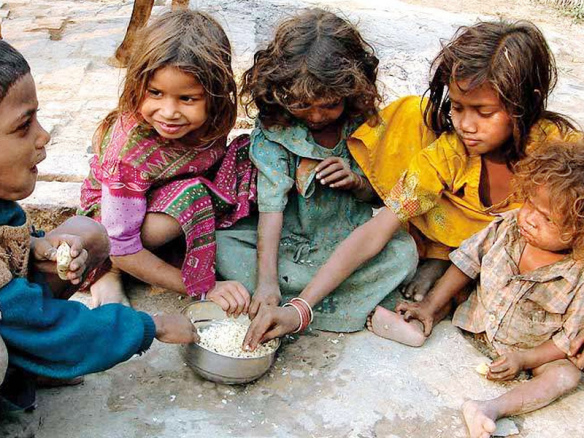 via blind to bounds (WordPress)

On the other way around, can we take a moment to realize how this prevailing poverty has distracted people from morality; just to advocate and remove the bereft factuality of their lives? Isn’t this alarming to the nation when the deprivation can manage to convince a man to murder his brother just for the sake of some pennies?

We have to realize the importance of this social issue before it’s too late.

Children, the future of our country are dying at the hands of poverty. “End Poverty in all its forms everywhere” is one the Sustainable Development Goal. In 2015, world leaders decided to end poverty by 2020 so it is hoped that poverty will be eradicated and no one would die because of hunger.

Nonetheless, we should start taking steps from now on in order to even reach close to the goal.

We Tested An AI-Powered Look-Alike App On Politicians And OMG!
Pakistan Used To Be A Nation That Prospered But What Went Wrong?
To Top