Poverty Alleviation: What Must Pakistan Do?

This article was originally submitted by Nusrat Ali

Poverty alleviation is precarious under the current downward trajectory of our economy. So, stay tight folks; the worse is yet to come.

The world celebrates October 17 as the International Day for Eradication of Poverty. United Nations has earmarked it for people who are in the subjugation of extreme poverty. Since 1993, it is being celebrated every year to encourage the realization to end poverty and destitution and this year marks its 27th anniversary.

Poverty retains paramount importance in the United Nations’ SDGs and MDGs because the world is full of people living below the poverty line. Now, it is certainly hard to define what poverty really means.

But World Bank defines poverty as the state where people earn less than a mere $1.90 per day. According to the Swedish Academy of Sciences, almost 1.3 billion people on Earth live in absolute poverty; which means they survive below $1.25 a day. 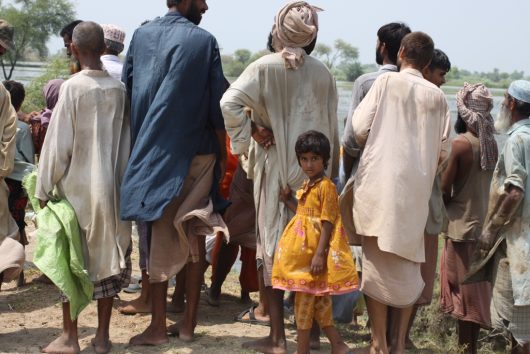 Via The Borgen Project

Additionally, just about a billion children reside in poverty. Moreover, as per UNDP’s 2019 report titled “Illuminating Inequalities” on the Global Multidimensional Poverty Index (MPI), there are roughly 23.1% multidimensional poor people in the world.

How Pakistan is doing on Poverty reduction?

Pakistan too hosts its share of the pie in the world’s multidimensional poverty. The country’s quarter part of the population still languishes in abject poverty. However, the situation has improved in the past years. According to the Economic Survey of Pakistan 2018, the ratio of people living below the poverty line has descended massively; 50.4% in 2006 while it was reduced to 24.3% in 2016.

This alleviation of poverty has become a reality because of many factors: First, the country’s improved upward growth rate. For example, in 2008-09 it was 1.7% and in 2015-16, it was 4.5%. Second, the landmark project of the Benazir Income Support Programme (BISP) which not only reduced poverty but empowered women as well. 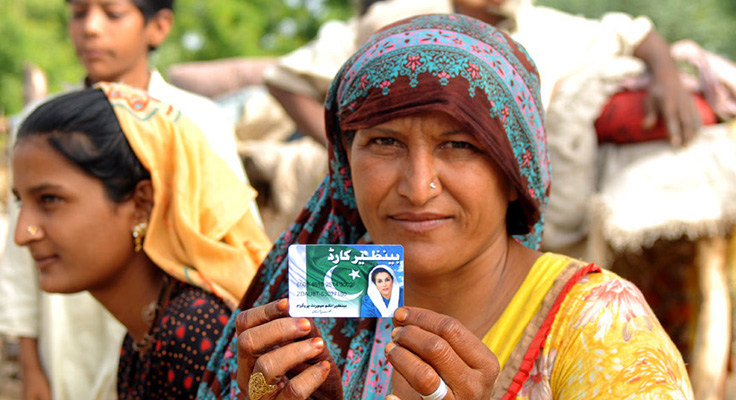 Imran Khan’s government has significant problems at its disposal; poverty is one of them. Imran Khan’s PTI is trying hard to tackle poverty through its various endeavours: the infamous poultry (the famous Chicken and egg solution) episode, the Ehsas programme, and the recent Sehat Insaf Card. But roads ahead are hard to tread since economic growth has fallen, people have lost jobs, and inflation is on the ascendance.

Since stability in the economic growth is not coming soon in the country, the government’s efforts to end or at least reduce poverty gain more significance.

In that view, the government needs to focus on three things immediately: 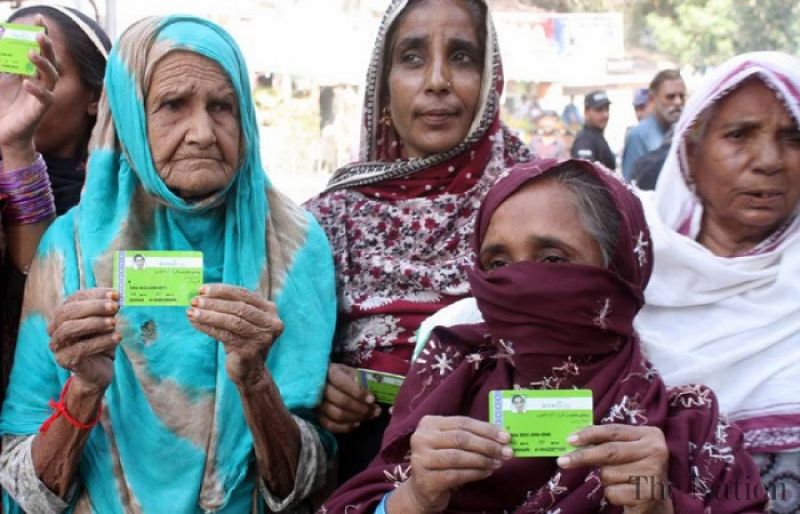 To begin with, the government should expand the scope and magnitude of its most notable social safety net programme, Benazir Income Support Programme (BISP). This programme aims to end absolute poverty by giving financial support to the poorest families in the country. Started in 2008, the beneficiaries of the programme have simply multiplied.

For instance, the receivers were about 1.7 million in 2008-09, while the figure jumped to 5.63 million in 2017. The programme is touted and credited with limiting Pakistan’s uncontrolled poverty. What Khan needs to do is rather spending on the new poultry chicken ventures, spend on what is tested and trusted i.e. BISP.

Moving on, the government should make sure every worker receives a minimum wage. Besides the 28% bracket which is labelled as formal labour hence guaranteed minimum wage, the rest of the 72% population lies in the ambit of the informal economy, which means zero rights to safeguard minimum wage.

No minimum wage means you are vulnerable to hit by poverty anytime. Sadly, the problem here is not of the absence of laws but implementation. All the government needs to do is ensure implementation of rule and law. That’s it!

Women empowerment is your answer! 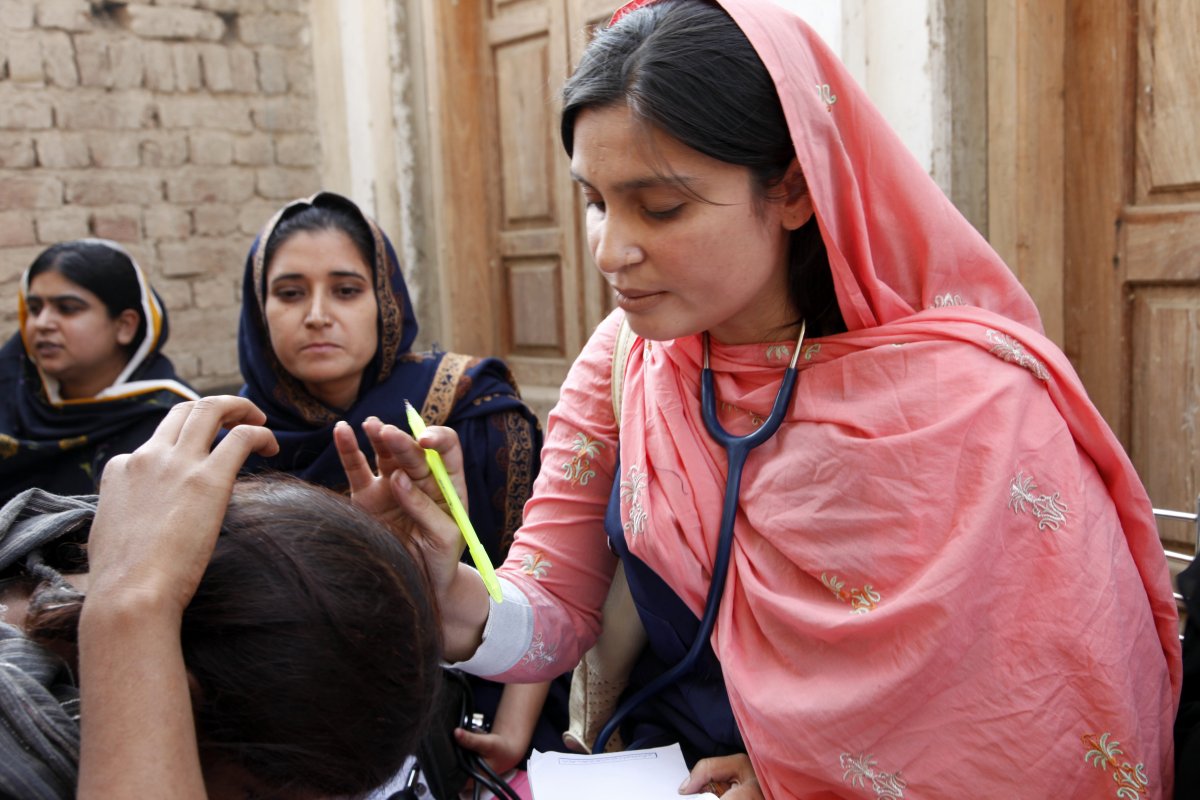 Via The Solutions Journal

Most importantly, poverty will only be reduced when women of this country will be empowered against all odds. Poverty is uncontrolled because women are caged. They lack basic health and education facilities. More so, they are not allowed to compete in the market, and if given a chance, face extensive discrimination. This is taking a negative toll on the economy and cost a significant amount of loss in GDP.

Empowered women are your answer to all problems. For instance, the economy will grow with women’s participation, and a stable economy implies less poverty. In this case, the government’s BISP and Sehat Insaf card with regards to health is a welcome effort for the needy population. Although women’s empowerment is not a short term solution as it will take time but it is a sure way out of poverty.

Think there’s more that can be added to this? Let us know in the comments below!

Here’s Why People Should Stop Thinking Of Depression As Temporary Sadness!
Kafiristan’s Muslim: A Tale Of Communal Love, Harmony And Peace
To Top