Islam, considered to be the most perfect religion in the world, is followed by more than a billion people all across the globe. Considered extremely sacred by the religion’s followers, Islam has always given women the level of attention, adoration and respect that they deserve. Nikah-e-Halala is just another example of the elevation of women’s status in Islam.

The basic concept of Nikah-e-Halala in Islam 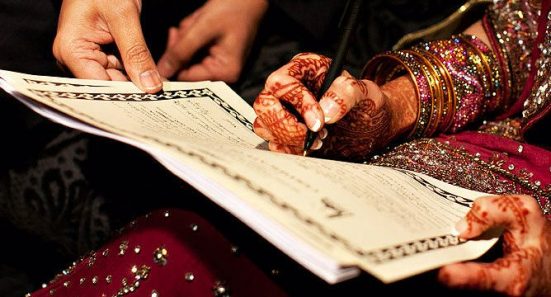 According to the Shariah Law, if a husband uses the word ‘Talaq’ for his wife, consciously or in a fit of anger, he can revoke the divorce within the period of ‘Iddah’ which is 3 months. Iddah can be extended in one case – if the wife is pregnant, then the Iddah period stretches until the child is born.

The Talaq-Iddah concept serves as a warning for the husband to not divorce his wife permanently. If, the husband, uses the word ‘Talaq’ for a third time, or three consecutive times orally, (directing at her, with intention of divorce), then the final divorce is completed and the couple cannot remarry through the Iddah period procedure or by their own personal consent.

In order for the couple to reunite, they must go through the practice of Nikah-e-Halala. This is not a new nikah for the couple that has divorced, instead, this practice has the wife marry another man, to ensure that divorce is not taken lightly by the husband and the wife does not let things come to this point. 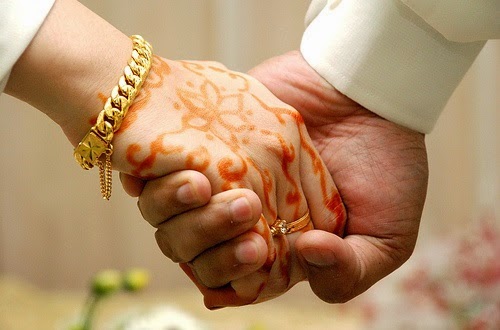 You must have heard many people talk about Nikah-e-Halala, but most do not know the concept of Halala in all its entirety. Many people, misconceived, think that Nikah-e-Halala can be a set up arrangement between 3 people (the couple and another man), so that the practice makes the wife lawfully available to remarry for his husband as per Islam.

This is the biggest and most common misconception about Halala. Islam does NOT see Halala as an arrangement practice. In order for the woman’s first husband to remarry her, the condition strictly states that either her second husband divorces her with will or he dies, that is the ONLY case in which the wife can remarry her first husband. Any arrangement of any sort is prohibited and NOT allowed.

It is absolutely impermissible and a grave sin in the sight of Allah Almighty for the believers to plan such a Halala, that makes a mockery of Shariah. Prophet Muhamamd PBUH invoked the Curse of Allah on the people who practiced Halala as an arrangement.

Sunan of Abu-Dawood Hadith 2071 Narrated by Ali ibn Abu-Talib, Prophet Muhammad (PBUH) said: “The Curse of Allah be upon the one who marries a divorced woman with the intention of making her lawful for her former husband, and upon the one for whom she is made lawful!”

Nikah-e-Halala makes sure men do not take divorce lightly 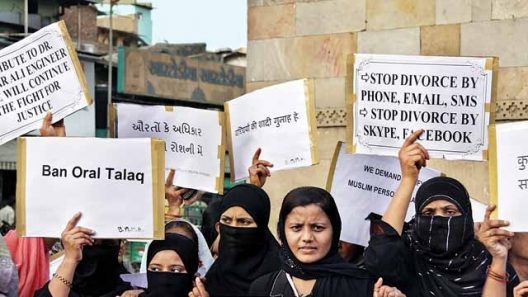 The second biggest misconception is also interlinked with the first. Many men think they would use Talaq on their wives as much as they want, with zero consequences. This is where Islam steps in. The arranged Halala is not just unlawful, but also hurts the husband emotionally; as in fact, in order for the righteous Halala to go through, the woman and her second husband must have been involved in the relationship sexually.

Sahih Al-Bukhari Hadith 3.807 Narrated by Aisha: “The wife of Rifa’a Al-Qurazi came to the Prophet (saws) and said, “I was Rifa’a’s wife, but he divorced me and it was a final irrevocable divorce. Then I married Abdur-Rahman bin Az-Zubair but he is impotent.” The Prophet (saws) asked her ‘Do you intend to (ever) remarry Rifa’a? You cannot unless you have had a complete sexual relation with your present husband.””

The above makes absolutely clear that the wife and her second husband must have had sexual intercourse in order for the wife to be rightfully available before divorce or his death to be remarried by the first husband.

This is to serve as emotional trauma towards the first husband when he accepts his wife back. All in all, it can be easily said that the common misconceptions about Halala in Islam should easily be removed by this explanation. Islam says no to arranged Halala but accepts its natural course. Many people in Pakistan just for the sake of society tie themselves in a forced and arranged Halala – which indeed, is a grave sin and mistake.

Read Also: 5 Important Things You Should Check Before Signing Your Nikkah Namah

This Lady’s Response To The Policeman Who Attacked Her Shows How Courageous Women Can Be!
[QUIZ] – Which Pakistani Politician Are You?
To Top