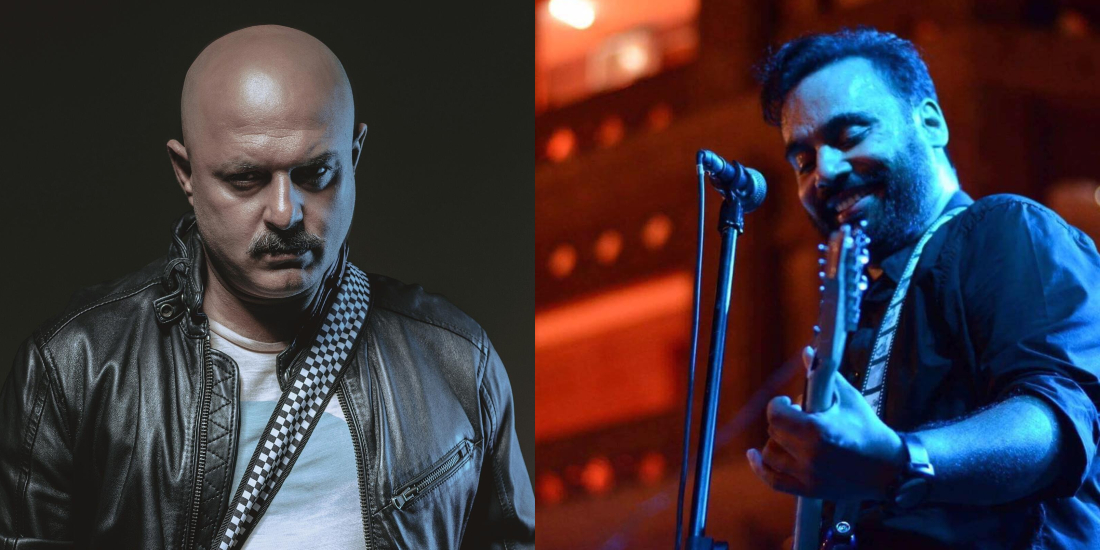 Social media is on fireee!!

So, just a few days ago, a major tussle between Pop vs Rock music surely triggered many music lovers, but to set more fire to it, Xulfi took it to his social media and asked his followers whether they like pop or rock music by posting a status on Facebook! Yes, he now wanted to involve the general public in this tussle!

“Since I’ve been involved in the mainstream music industry, I have seen a clash between pop and rock music. A healthy clash and a friendly tussle for both artists and the audience alike. When we started doing our music, during the time of EP and then Call, it was dominantly rock. Then we saw other pop artists come in and get the audience’s attention. It encouraged us to do better and gain their attention back. And then the pop artists would try to do the same. So, as far as the competitive mentality is concerned, this clash exists here and everywhere in the world. And it is so much fun because we were all friends in life, but on stage, we knew the game was on!

I believe there should be healthy competition. Whatever genre you like; you fight for it. You fight for your form of music and improve it. A healthy banter between musicians helps the industry evolve.” 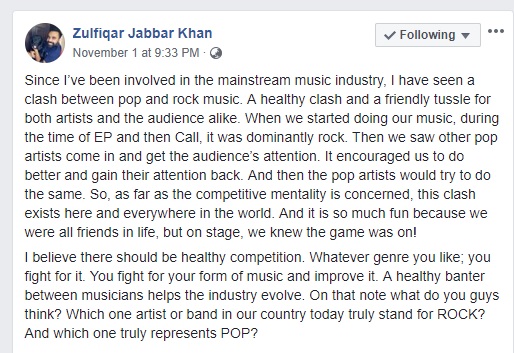 To settle this tussle, he involved his fans and followers and finally asked them… the BIG question!

“On that note what do you guys think? Which one artist or band in our country today truly stand for ROCK? And which one truly represents POP?”

Over to the people now…

This guy sure knows his music!

And this guy right here!

Strings all the way?

And Twitter was equally on fire! Hona hi tha!

Ali Azmat as the king of rock and Strings as the best representative of pop music in the country.#PopVsRock

Rock vs pop? What about you?

‘ROCK’ was used for music that was played on rock concerts or festivals like Woodstock. Since the late seventies ‘pop’ is used more often for songs with an electronic sound and dance rhythms.
#PopVsRock

While the Pappu Yaar crooner and Zinda hit maker have been declared as the people’s choice for pop and rock genre’s top representatives, it remains to be seen if we’re in for some “healthy banter” between Azmat and Strings. #PopVsRock pic.twitter.com/EyZcQw8w9L

But wait, this isn’t it…

“Came across this article today, and while I wholeheartedly agree to Xulfi’s take on music and it needs to thrive, but what truly hit home is his point about this underlying clash of pop and rock in our country. This is something that I’ve personally experienced being a Rocker to the core.”

Came across this article today, and while i whole heartedly agree to zulfi’s take on music and it’s need to thrive, but…

Here’s what Ali Azmat had to say about it in this video:

I am here and ready to defend my favourite genre: ROCK. So, this one goes out to all of my rockers.#PopVsRock #RockIsOn #RockRules #AliAzmat #Strings

Where will this tussle lead to? What do you think happens next? Let us know in the comments below!