As we are very well aware of the disheartening performance of Pakistani cricket team, just like us, it is worrying ex Indian cricketers too. A match between Pakistan and India is considered to be the mother of all matches, full of excitement and passion and it is always expected to be a big game. But lately this has not been the case, as it has been pretty one sided and not a nail-biter. And this has been a matter of concern to ex Indian cricketers like Sourav Ganguly and Sanjay Manjrekar who want a competitive game just like billions of people in Pakistan and India. 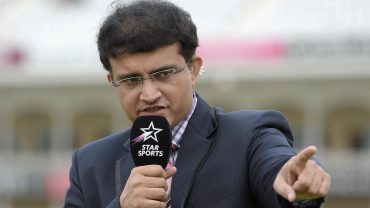 Sourav Ganguly, one of the finest batsmen and captains India ever produced, expressed his disappointment over the last India vs Pakistan game. Talking to Geo News he said PCB needs to seek help from the Pakistani legends like Wasim Akram, Waqar Younis and Javed Miandad. He further said that he can’t believe that a country with so much talent can’t have a proper first class cricket set up. Ganguly said that for a better Pakistan team it is important that Pakistan develops its first class cricket.

Last exciting Pakistan vs India game was 10 years ago 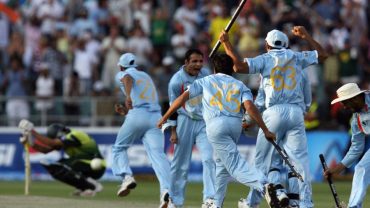 Sourav Ganguly, reminiscing, told Geo News that the last exciting game was the 2007 T20 World Cup final which India won. Well yes Sourav it was pretty exciting but you are forgetting something. Hint: Ask Ashwin, he can never forget it even in the next 7 lives.

The most exciting Pakistan vs India game ever 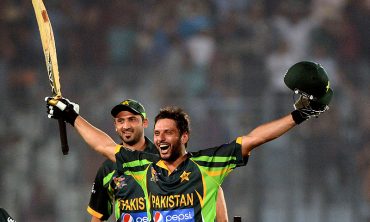 It was this. Asia Cup 2014 Pakistan vs India. Still giving nightmares to Kohli and Ashwin. And very kind of Ganguly to worry about Pakistani cricket team but is he forgetting how we beat India in India last time we played a series together? #AanayDou?

Sanjay Manjrekar also has some advice to Pakistani team

A little review of the India Pakistan match & my humble advice to Pakistan cricket. pic.twitter.com/iU878ekNBd

Sanjay posted a video on his twitter and said that the game was quite one sided and not like a Pakistan India game like it used to be in his time. He was very kind to say that Pakistan is his second favorite team after India.

He said that Pakistani team needs to focus more on physical fitness and this is where India excels. And he is right, the experienced Yuvraj, the guy who battled cancer looked more fit than all of these youngsters in our Pakistani team.

So yes, we need to take the advice from these veterans and do something to make our cricket better because if we don’t that day isn’t long where we would lose even from Namibia.