For a ton of reasons, social media is a very powerful platform. Apart from giving us updates about each other’s lives via a single click, it has also transformed the way we do things to a great extent. Be it for leisure or for business, our lives have changed a lot with the advent of innovative and new social media platforms.

Although it can be very beneficial if used wisely, it can be quite disastrous. TikTok, a video-sharing platform has become a massive hit among youngsters. In addition, this social media platform certainly makes your day by offering you real, interesting, and fun videos. 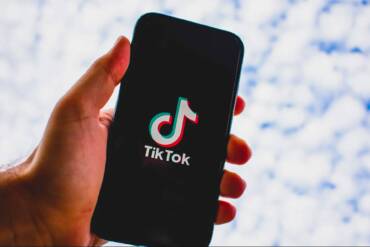 Be that as it may, TikTik also has a dark side attached to it. It has given rise to mental health issues linked to it. Not only that but propaganda, and call-out culture are also some of the problems that it has managed to take to the next level. As if these issues were not enough, animal cruelty is now a new concern revolving around its digital space.

One can witness the act of animal cruelty perpetrated against a wild animal. Teens lip-syncing to songs and adorable puppies running is just the surface of the widely popular app. Beneath its surface, it is perpetuating atrocious animal abuse.

⚠️ ANIMAL CRUELTY ⚠️
A helpless bear 🐻 can be seen sitting with a rope around its neck,His lip pierced and strung with qalandar/street charmer pulling it firmly to keep the bear under control so this young tiktoker can make a viral video for his followers!!Despite the best pic.twitter.com/rAjOS1dCaW

In the video, a helpless bear can be seen sitting with a rope tied around its neck. Not only this but his lip is also pierced and strung with street charmer. It is certainly not charming. In fact, it is purely a cruelty-laced means of earning money off the poaching, misery, and torture of an innocent animal. 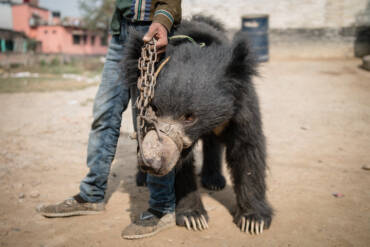 A young TikToker pulling the rope of the poor bear only for the sake of making a video viral is simply absurd. This kind of sick content getting verified by the app further encourages these teenagers to create such content.

Videos like these are extremely dangerous as they may normalize treating animals disrespectfully, and even physically abusing them. And for what? Merely for impressionable viewers or for the sake of money?

Cases of animal abuse often go overlooked and people do not even bat an eyelid over the pain caused to these innocent animals. Just a few months ago, a helpless dog had been shot dead for absolutely no reason in Karachi.

Hania Aamir Just Cut Her Own Hair & ‘Friend’ Asim Azhar’s Reaction Is Priceless
WATCH: This Cute Pakistani Boy Is Winning Hearts As He Requests Schools To Reopen In Viral Video
To Top