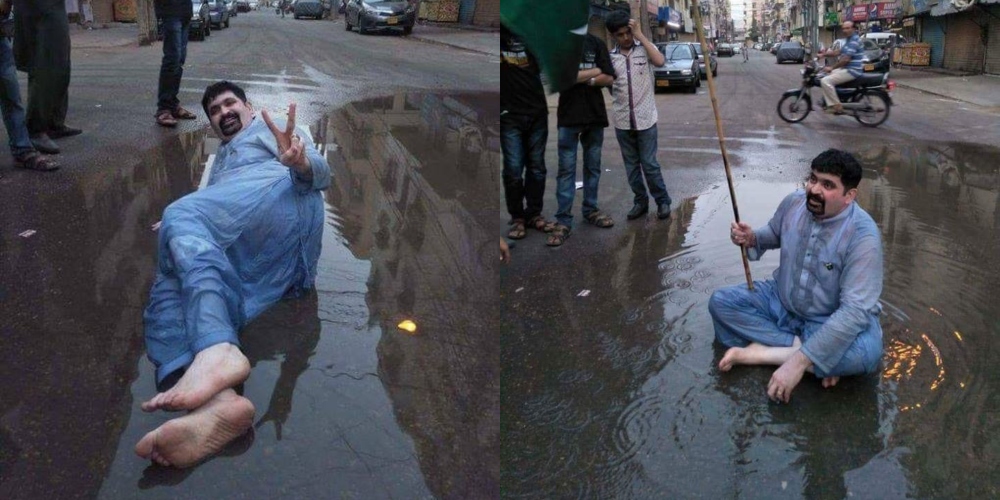 Elections 2018 are right around the corner. Major political parties are spending millions, campaigning every day to attract votes. Not just rallying around different cities but actually doing a number of symbolic good work to convince the voters that they are worth it. We all are aware of such tactics which are pretty old now. You could see nothing being fixed all through 4 years of a government but just when elections knock our doors, many things start falling into pieces.

This is the most important time for mainstream politicians. It is sensitive and could be a make-it or break-it moment for many. Every politician seems to be playing their cards of strategy in different ways. Some may be seeking sympathy, while others may be massively campaigning their pros. However, we just came across an election campaign by an independent candidate which is something like you have never seen before!

Ayaz Memon Motiwala, an independent candidate in Karachi who literally laid in the sewage to get votes

He hails from the constituency of NA-243 in Karachi and found a unique way to get himself on a roll among people.

Thumbs up, of course! He knows he is about to become an internet sensation… 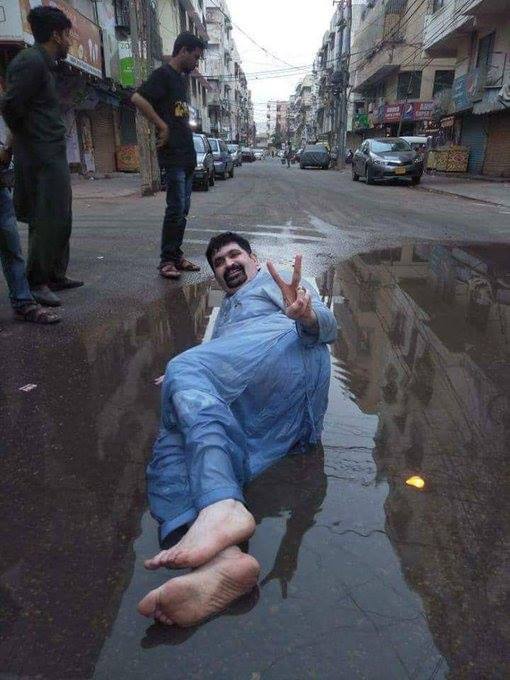 Loook at him! He looks like he is throwing a tantrum like a child. Except that he is an adult, running for elections. 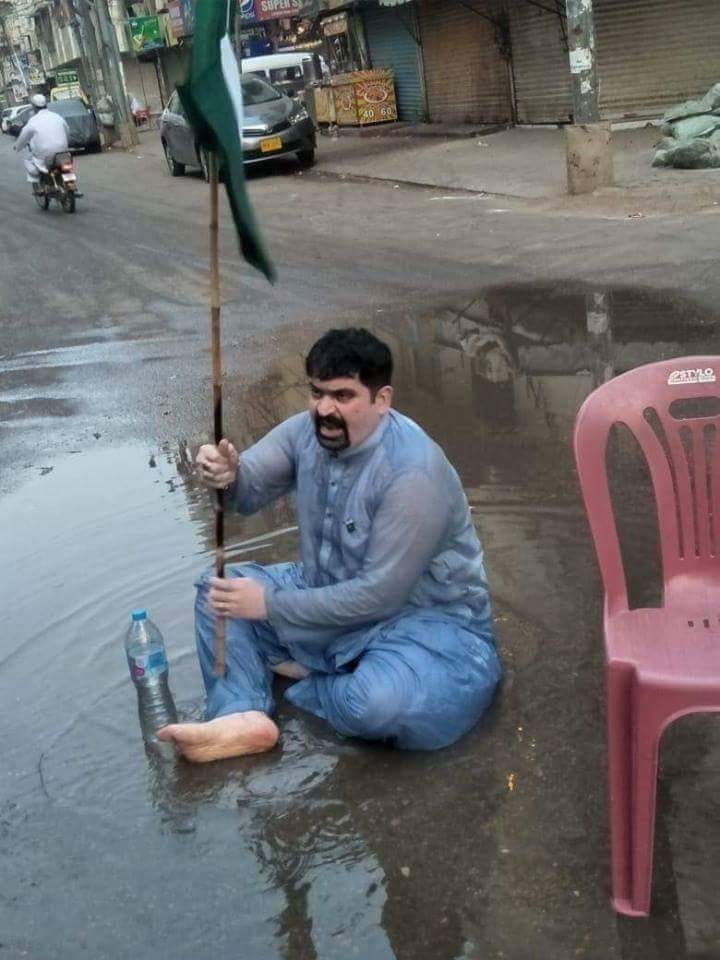 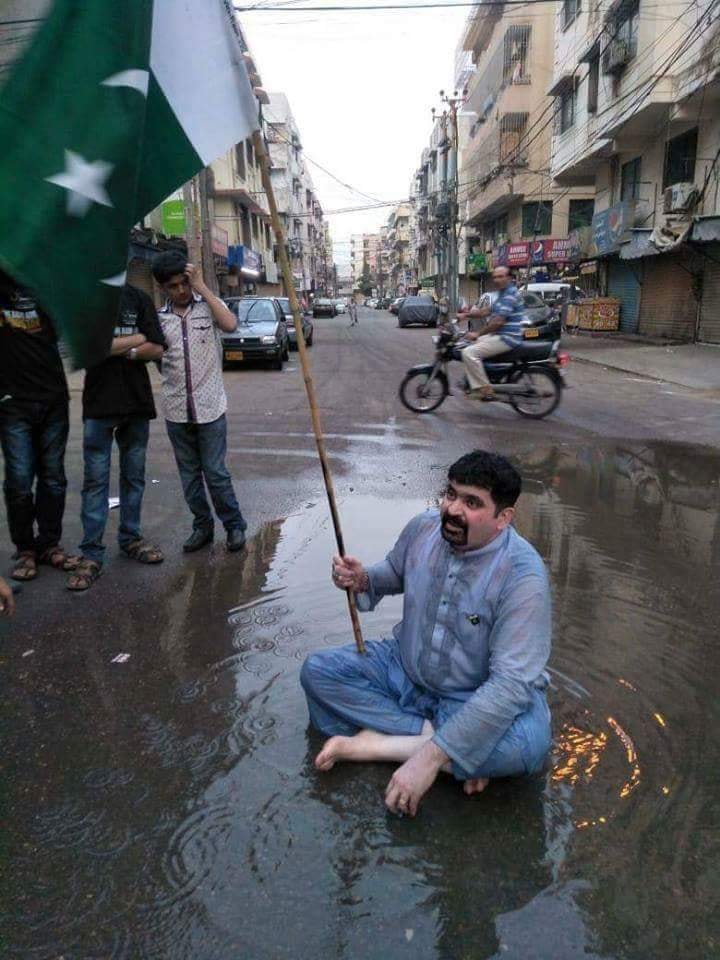 Looks like there is no bad publicity in this case. Well, for decades Karachi has a worrying sewage problem and it does not get any better. All representatives of the government have ignored this issue at large for decades now. This independent candidate does acknowledge the sewage problem and he chooses to capitalize on it is pretty interesting!

Yes, guys, scenes from Pakistan right before the elections. What do you think about Mr. Ayaz?