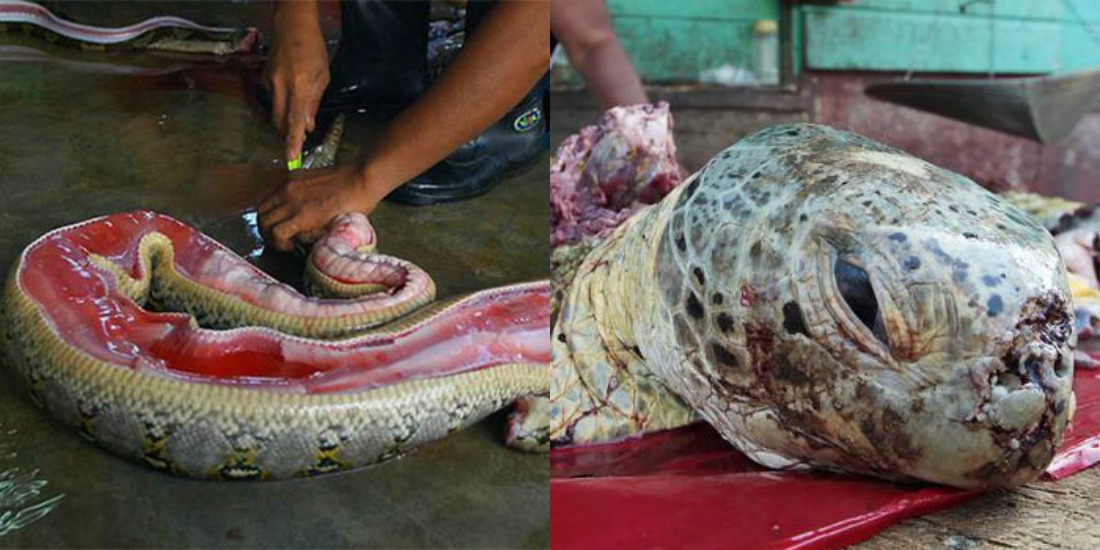 In past, few of the most shocking episodes of police raids have brought up some of the most devilish issues of the society, in terms of utility and food production and its sale in Pakistan. Some time back, the diligent raids in Punjab had led to the seizing of pig, dog and donkey meat. Who would have thought we would ever come across snake meat in Pakistan?

The Sindh Police force, which was conducting a raid in Thatta, Sindh, was in for a surprise itself. According to local TV channel Geo News and The News International (newspaper), security forces in Thatta, Sindh conducted a raid on a private property after they were hinted towards illegal activity in the vicinity.

The Police says that the suspect, who was involved in smuggling of turtle and snake meat, was tipped off and made a successful escape before the police conducted their raid. As per the police, the meat was to be taken to Pakistan’s metropolitan city, Karachi, which is only a 2-3 hour drive from Thatta. 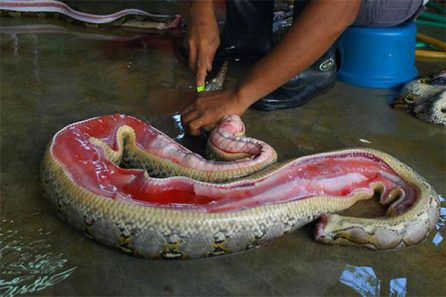 It is said that snake and turtle meat is very popular in demand, especially in the hotels of Karachi. Since the names of the hotels are unknown, it is a huge possibility that the hotels importing exotic meat are starred hotels. Not every other restaurant or hotel could cater to such high expenses for low returns.

As the raid was conducted, a number of wild reptiles and turtles were found, which were alive. All the animals were secured and taken in by the Wild Life Department.

It is pertinent to question here in what manner and how was the snake and turtle meat being brought in to the country. Were these local snakes and turtles or were they brought in from abroad? Only the responsible sources can answer these questions.

Till then, let’s just be glad we are still eating halal meat.. or are we?

Here is Everything You Need to Know About The Beautiful Actress, Armeena Rana Khan!
KFC’s Secret Recipe Has Been Leaked! Now You Can Have It All The Time!
To Top