Deaths in custody have been the persistent culture of police torture in Pakistan. The recent case of custodial death has deeply infuriated the people of Pakistan. They are demanding immediate justice for the victim.

Zaryab Malik was an employee of the municipal corporation. Allegedly, the Central Intelligence Agency (CIA) staff of Dera Ghazi Khan police had picked him. According to few sources, the CIA caught him for motorcycle snatching. 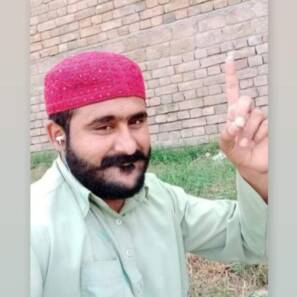 On June 23, the police reportedly brought his body to Ghazi Khan Medical College i.e. a teaching hospital. The police took the deceased’s body there for postmortem.

In addition, after the postmortem, the police later handed over the body to the heirs of the deceased. It is quite evident that Zaryab was tortured to death in police custody.

Zaryab’s family and relatives carried out a protest in front of the Chief Minister House in Dera Ghazi Khan against the police. They demand a murder case against all those police officers.

The country’s criminal justice system is unjust itself.

Additionally, there are numerous cases of custodian deaths that have taken place till now. However, they are all attributed to ‘natural death’, such as heart attack.

Regardless, we hope that the current public outrage leads to some concrete steps to get justice.

According to details, the District Police Officer Akhtar Farooq has issued a statement. He said that justice would be extended to the heirs as soon as the autopsy report is received.

The subject-matter has caused an uproar on social media. Activists are deploring the criminal and inhuman behavior of the police officers. People are demanding justice for Zaryab Khakhil with the trending hashtag #JusticeForZaryab on Twitter.

these morrons should b punished for brutality if anyone did any crime treat him according 2 law nt the way this bloody ass hole did
we don't want Notice take necessary actions Suspension should not be the only punishment do the same wd this mother fucker #Justiceforzaryab pic.twitter.com/DXLbydoNId

Kindly,Take Action on This Brutally Of Punjab Police..It's Not Bearable🙏 If You Want Pakistan To Be A Democratic And Just State Then Punish Them..@ImranKhanPTI
Request Of Whole Pakistani Nation To You Leader🙏Kindly Lead Us To Justice…#justiceforzaryab pic.twitter.com/76xpVvtwjI

#justiceforzaryab
What a brutality that we are unable to understand it!
No fir, no previous criminal record but arrested & killed ruthlessly.
Where is law & justice?

Here torture is taught through its deep-oppressive culture of state operators in the security establishment of Pakistan this is how the frustrated animals treat Pakhtun youths, worse happened to zaryab under the govt and itsHR ministry run by @ImranRiazKhan#Justiceforzaryab

Is this what investigation and interrogation mean?

Worst of all, this culture of torture based methods of investigation and deaths in custody is not going to end any time soon. There are no signs of it getting out of date. In fact, this sadistic mindset of these police officers is further encouraged when the system fails to give justice to the victim.

Zaryab’s case is no different. The man was picked by police, merely for snatching a motorcycle. A crime that he would have been punished for with imprisonment for a couple of years, or by fine. However, torturing him to death was certainly not required.

Fortunately, a murder case has been registered against the four police officers. These also include the sub-inspector of the CIA staff of Dera Ghazi Khan.

This is obviously not the first case of police brutality in Pakistan. Torturing suspects to extract a confession is a common practice. Moreover, when the suspect capitulates to the torture, that is when deaths in police custody take place.

Let’s just hope that the heirs of the deceased get their deserved justice. Will the police torture culture ever end?