Beware Criminals! Female Constables In Karachi Are Coming To Catch You On Bikes

The issue of women empowerment and feminism isn’t foreign to every Pakistani. And we can’t say we are proud of how society perceives it. However, it is quite refreshing to see when people or institutions set up quite good examples of how women empowerment once in a while.

When we talk about women empowerment issues like honor are the first ones to be triggered. People in society see the problem with women empowerment in accordance with what they think Islam should be. It is a wrong fallacy and leads to more substantial yet gender discriminating vices to be born in the society.  Hence, an unusual change in thinking is always appreciable by society, to say the least.

In addition, the latest initiative that the police force is taking is not only appreciable, rather it is creating quite a wow moment in front of all. It is facilitating the women constables with motorbikes. Not only is this initiative empowering but also it is something which will most likely boost their self-esteem.

The program was initially conceived by a senior police officer during his UN deputation in Indonesia. What is truly inspiring is how beautifully it sets the example of women empowerment in Pakistan.

Afshan Murtaza is a young and brave police constable who lives in Karachi suburban Steel Town neighborhood. She felt that thanks to this initiative, she is now able to reach work far more quickly. Not only this, she feels the entire experience makes her feel self-reliant and a whole lot self-sufficient. She says that this chance of riding on a motorbike is making her feel empowered and she is highly thankful for the experience as a whole. 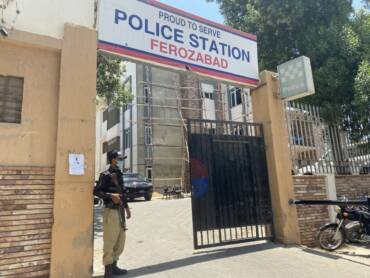 She later on added, while talking to Arab News:

“It used to take me about two to three hours to reach the police precinct from my residence,” she feels that through this switch in commute, she is no longer becoming a reason for workplace diplomacy and that in itself is quite motivational and aspiring.

Above all, Afshan Murtaza is also a part of the seven police constables who are part of this program.

Superintendent and his plan

The Superintendent Police Nadeem Ahmed is the one who took this initiative after his visit from Indonesia. He believes that since every Muslim country allows to empower their women force, why shouldn’t Pakistan? And Sir, we applaud your thinking and salute your stance.

All in all, he says that Pakistani women must also get a chance to be self-reliant and self-sufficient and we are beyond proud at his way of thinking. He mentions that he started implementing his idea when he learned about the issue the policewomen were facing due to commute and transportation. 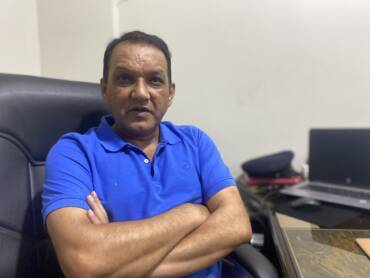 “In view of their situation, we decided to convince and motivate them to join a motorcycle training program. They all showed great excitement,”

He adds that the entire plan wasn’t easy but when one thinks positively and is determined, Allah always supports them.

“Some of them even sustained serious injuries,” he said, “but their level of motivation was much higher than the challenge they faced. Soon their first batch graduated.”

We are thankful to have such open-minded and constructive people on the police force. We applaud their stance and we hope they keep on promoting the idea of women empowerment proficiently.