Pointless Things Pakistani Guys Do While Having Their Picture Taken 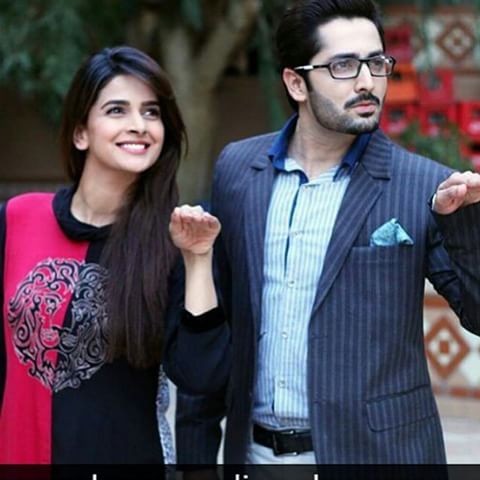 A while back I made this detailed analytical model of how female-picture-taking habits are expected to continue a predictable trend in the coming years. With the passage of time, we can expect more and more ladies to always snap to their side with one arm and their neck dangling whenever they’re about to have their picture taken. So I thought I’d balance the order of the universe by shedding light on the antics of the opposite gender when it comes to the same activity. God forbid I get labeled sexist or anything.

But as I explored this topic further, I realized that my drawing talents wouldn’t be able to paint the exact picture I wanted. So I, ironically, ended up taking pictures of myself to demonstrate the strange things guys do in order to look sexier than they really are. The only downside to this decision was that I still didn’t end up looking sexier than I actually am. But without further ado, let’s begin.

It’s All About The Hands 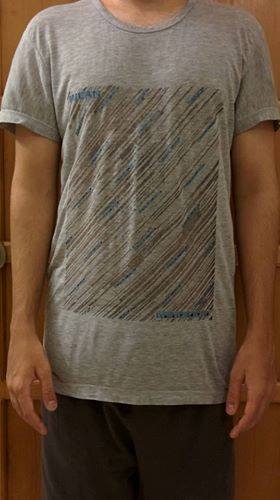 Unsurprisingly, the body parts guys mostly use for other pleasant experiences come in handy (pun intended) while taking pictures as well. You’ll see.
So here’s how a normal guy would stand. Let’s call it ourcontrol picture in our little experiment.

But this pose looks as flat as my chest, so here’s one little adjustment most guys do in order to look slightly more beefy. This is fine in my eyes because you’re still not drastically changing your normal standing posture. 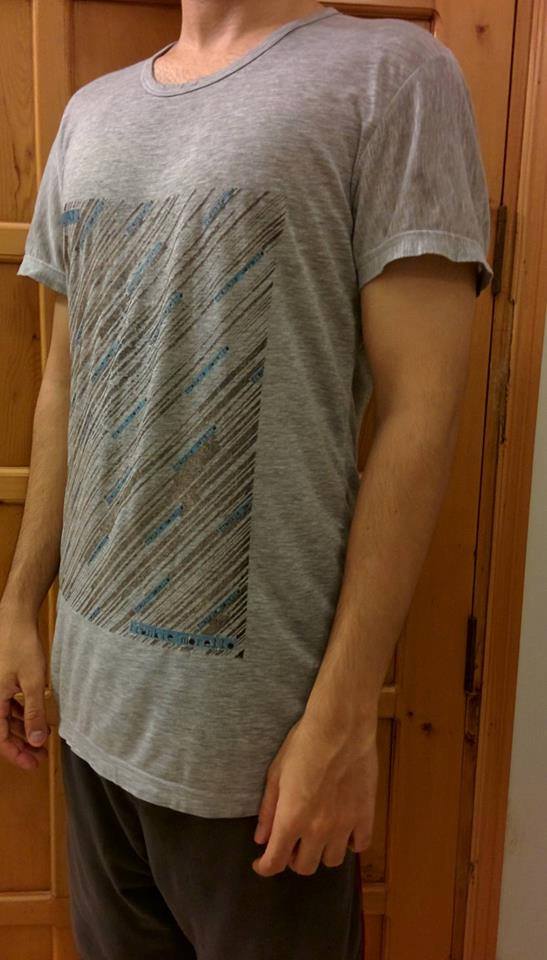 Guys beefier than me normally have their chest curves more defined and the muscles on the arms more visible here.

Past The Point Of No Return

Here’s where things start to get funny. Pay close attention to the arms because there’s a lot of subtle, stupid things we do in this department. But for that we need to take a closer look. Literally.
Here’s a normal arm dangling from a guy’s shoulder. 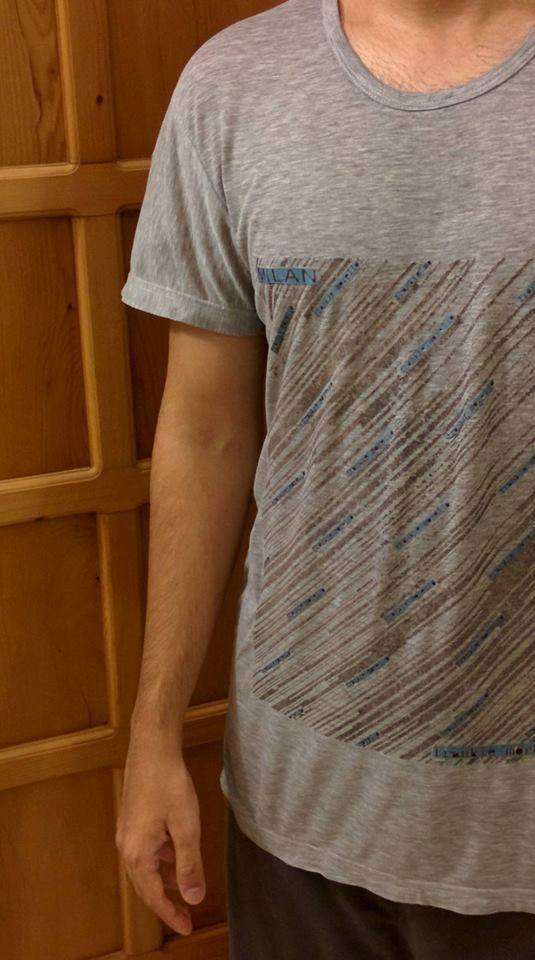 Skinner dudes like me normally tend to bend the elbow a little in order to look more jacked, like so. 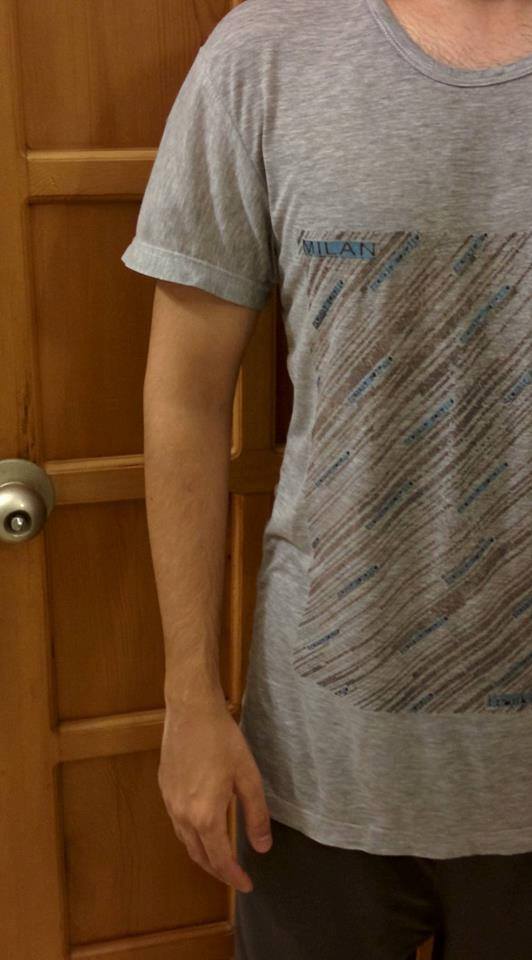 However you need to be subtle otherwise you’ll just end up looking like you’re having a spasm. Another stupid touch we add is what I like to call a “half-punch-finger-position”, which involves curling your fingers in into an almost-punch-like position in order to come of as a guy who’s been lifting too many weights.

Props: The Cornerstone Of All Stupid Male Photo Taking Sessions

When it comes to showing off props or jewelry, we leave the opposite sex in the dust. The simplest one involves showing off your watch like it’s one of your life’s most important achievements, like hitting puberty. I mean seriously. It’s a god damned heavy piece of metal that only serves one purpose which your cellphone can do apart from a million other things.
But more than showing off, it’s the way most guys do it that’s hilarious – By actually bending their elbow 90 degrees and having the watch’s dial face the camera. Who in their bloody minds thought this was a socially acceptable way to show off your watch?! 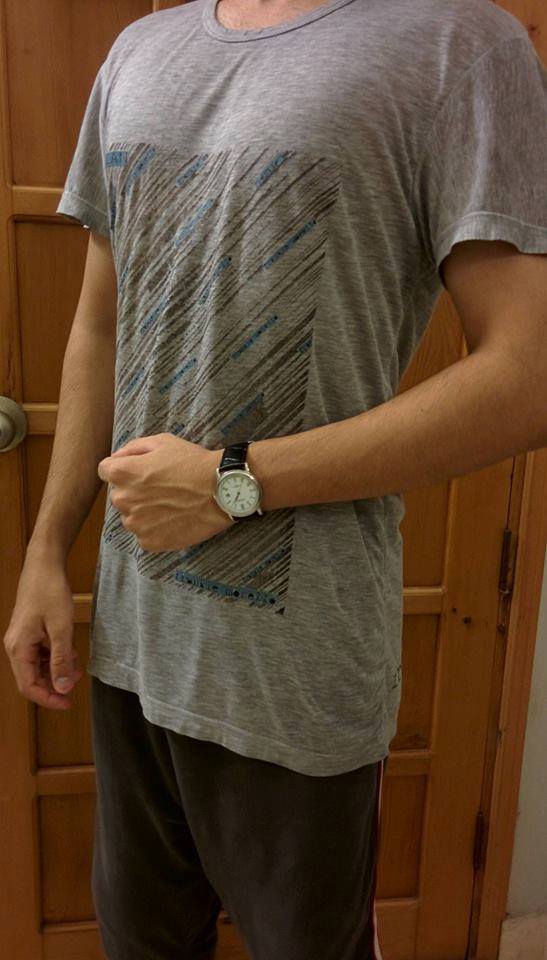 Another thing guys love doing is holding things for no apparent reason. Usually at any social event, the most common prop for that purpose is a water bottle. 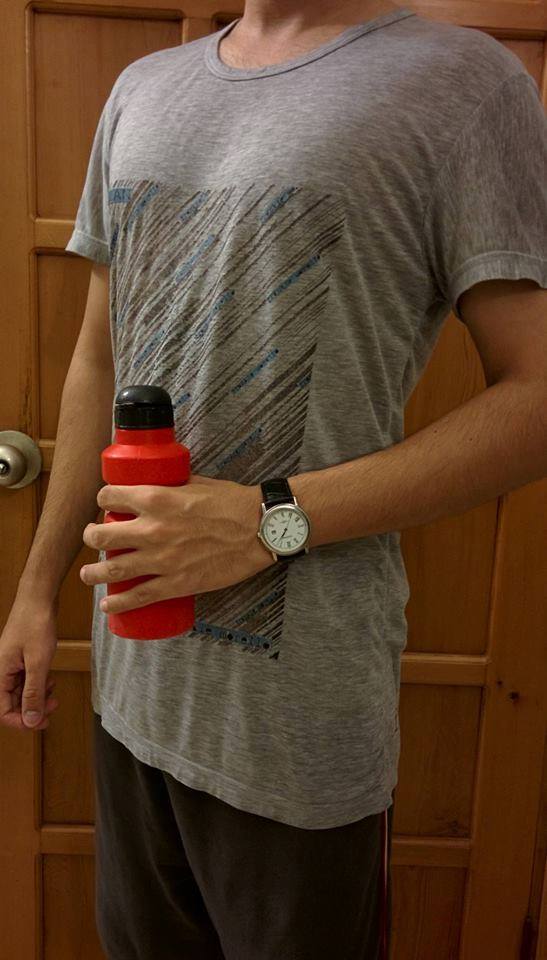 The more brand-conscious suck ups tend to hold a water bottle just because their fancy asses can afford to. But sometimes all the water bottles are already taken by other guys, leaving others to resort to other, less fulfilling means. So they end up grabbing the next least-unacceptable thing on them – Their fancy fucking tie. 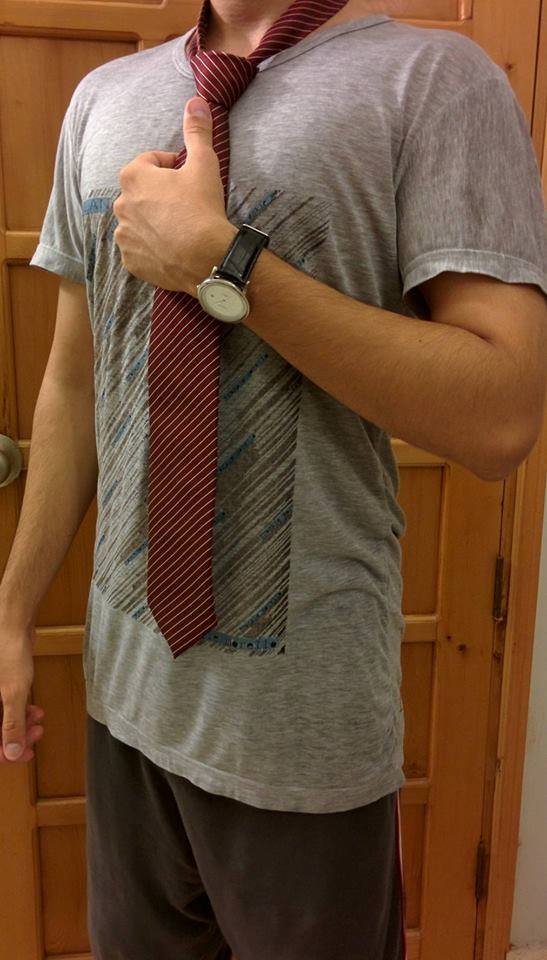 Then there’s this disaster. A rich mofo who must carry his wallet and cellphone in his hands the whole time because fuck the pockets in your pants, right? Also let’s hold the edge of your coat/blazer because why the hell not. 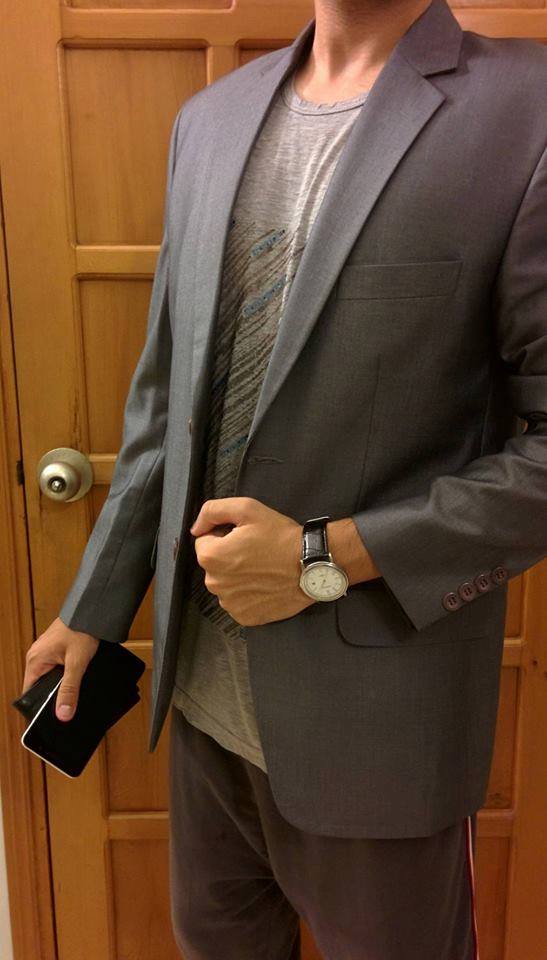 An extreme version of this idiot is one who refuses to put anything in his pocket because A) He’s too god damn rich and B) He’s walking around with shorts under his coat because who the hell cares anyway. 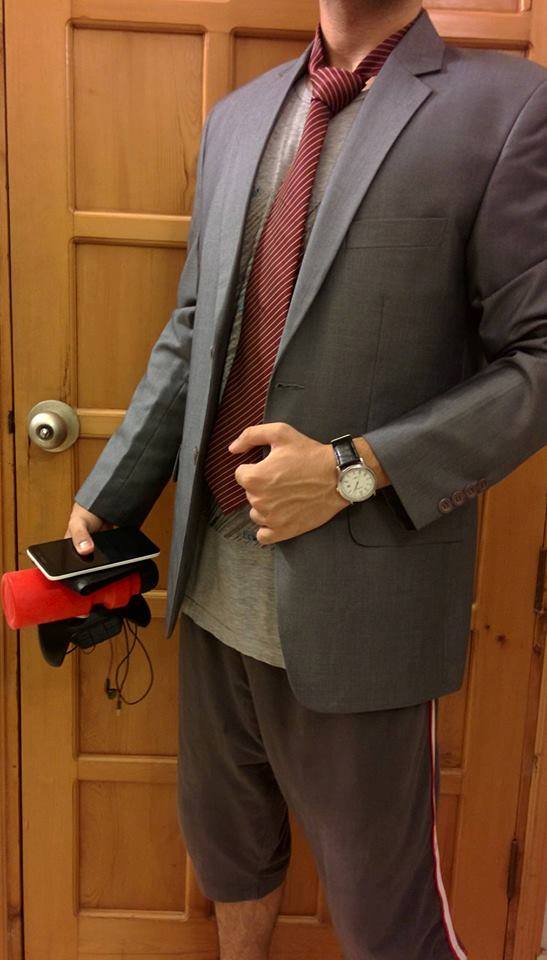 And finally there’s this specimen who couldn’t resist holding every piece of his attire because perhaps holding more shit equals a better photo. 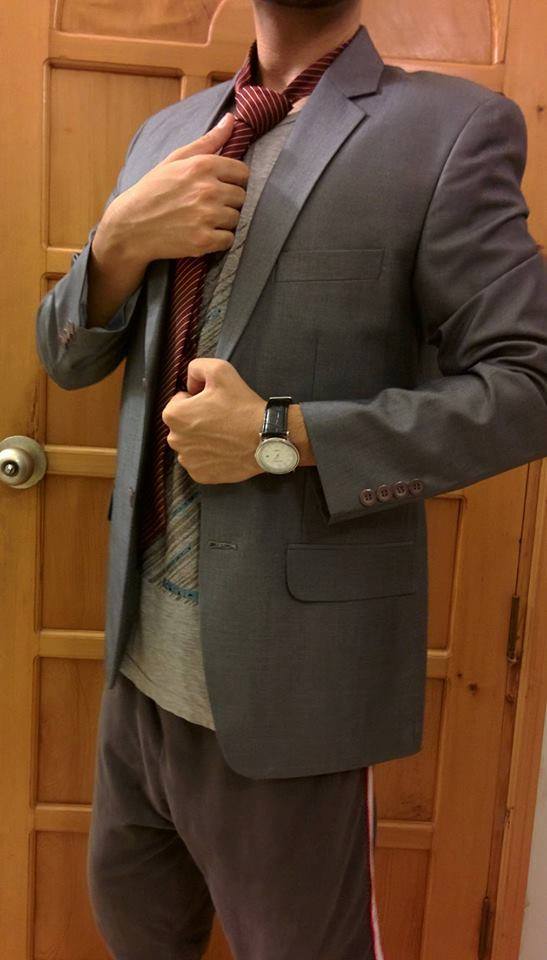 Hope this insight has been helpful for some basic do’s and don’ts for guys, and a subject of great hilarity for all the ladies out there. Which probably aren’t many on my list to begin with.

Humaima Malick Is In A Very Serious Relationship And She Wants Everyone To Know!
5 Struggles Of Every Pakistani After Eid ul Adha
To Top