It seems that Chinese movies might become the next obsession on Pakistani television. According to Jamal Shah, Director General of Pakistan National Council of Arts (PNCA), showing Chinese films in Pakistan’s cinemas will actually promote diversity, and bring a change onto the screens. 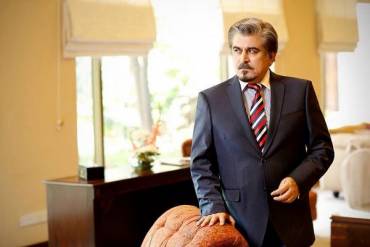 He mentions that Pakistan needs to break away from the standard. Instead of watching the typical movies from known industries, it would be better to deepen our knowledge regarding the various films belonging to different countries. Talking to APP, he said, “We need to get out of Bollywood and Hollywood movies to educate our audiences through entertainment and move towards Iranian, Turkish and Chinese cinema.”

In that sense, it is quite beneficial as Pakistani’s can broaden their perspective towards the unique ways other cultures function in the film-making industry. Not to mention, this also brings in acceptance for the nations and helps Pakistan possess sturdy knowledge regarding diverse cultures as well. Every country has its own charming element to add within their films. So, there would a lot to learn from them.

It’s Affect On The Nations Relationship:

The relationship between China and Pakistan has been on optimistic levels for years now. Both nations support each other through thick and thin, especially in politics. People do tend to believe that the Chinese are doing everything for their own interest. However, every country looks for its benefit before starting friendly relations with other nations. It is quite the basics of politics, but if misused then it can be disastrous as well. Regardless, It is true that the Chinese films in Pakistan news has everyone curious for its outcome. Shah mentions about Chinese production and Pakistan-China relations. He said, “We will have Chinese productions here and vise-versa,” to further add, “Both the nations contribute to the mutual relationship since the beginning of their diplomatic relationship that only got better over the years,” 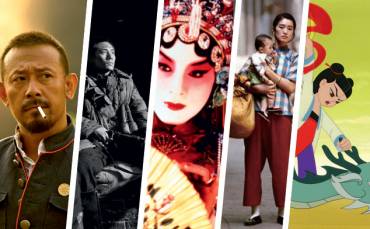 Even though, he has encouraged the displaying of Chinese films in Pakistan’s cinemas. However, he wishes for China to reciprocate that as well. According to Shah, the Chinese film market is tremendously huge.

Getting Pakistani films to feature in China would definitely benefit Pakistan as well. In addition, it would assist in retaining good ties between the countries. “China is one of the biggest film markets across the world. It will benefit Pakistani cinema immensely if we get the chance to display our content in China,” he said. PNCA has had film exchanges with European countries but barely any with Pakistan. And it seems high-time to change that.

Considering this loop goes on, and Pakistan and China keep displaying each other’s movies on screens then there would arrive a time for co-productions as well. It will serve as a wonderful mixture of unique cultures topped with different approaches from the industries. It is a matter of time before that actually becomes a reality.

What do you think of the situation? Should Pakistan feature Chinese movies in Pakistani cinemas? What other benefits could it possess? Share your thoughts, to add anything extra!

An Indian Trolled Pakistanis On Being Out Of ICC WORLDCUP ’19 But Major Gen Asif Ghafoor Just Owned Him!
The Viral ‘Apple Girl’, Bushra Sehreen Claps Back At All Social Media Trolls Who Were Criticizing Her Intelligence!
To Top