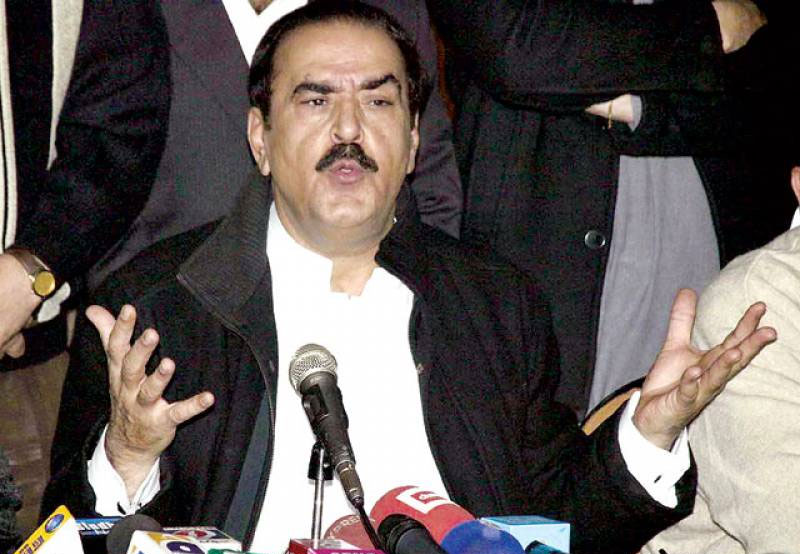 In an interesting turn of events, the Pakistan Muslim League (Nawaz) MPA Inamullah Khan Niazi has been robbed in the city of Lahore. The armed robbery that involved loot of cash and a cellphone took place in broad daylight on Thursday.

There has been a surge in criminal activity in the city of Lahore in recent times. Thus with today’s incident, one could safely say that it’s not just the commoners who are affected by the rising crimes in the city.

The incident involving Inamullah Niazi happened at Club Chowk in Lahore when the PP-48 MPA from Punjab was robbed at a traffic signal located in the vicinity of Chief Minister House.

It has been reported that the people’s representative in Punjab Assembly has been robbed of cash up to Rs. 15,000 and a cell phone.

Inamullah Khan Niazi is also the cousin of Imran Khan. He was a member of PTI before leaving it in 2015 to join the Nawaz Camp on an issue of a party ticket. Inamullah has been vocal against the Pakistan Tehreek-e-Insaf Chief ever since.

Also recently a video went viral of roadside loot showing robbers looting a car with family inside. While the robbers took both jewelry and cash, they also fired the a few shots in the air. Here is the video:

Despite of the rising crimes in Lahore, Rana Sanaullah Khan, the provincial law minister claimed that in Lahore the law and order situation was ‘under control’. The law minister went on to say that there has been a 35 percent decline in street crimes since the launch of ‘Dolphin Force’ in the city.

The law minister further stated, “Lahore will be a safe city by May 2017 under the Punjab Safe City Project and it will cost Rs 12 billion for the completion of this project,”

After today’s robbery incident involving Inamullah Niazi, a member of the governing party, many took to social media and started mocking the MPA and PML-N, the party he is affiliated with.

Am I the only one seeing irony here https://t.co/XpMfBvQkoV

Being robbed at gunpoint in the hometown of the ruling party, the party he belongs to, will be a test for the ex-PTI member if he can call a spade.