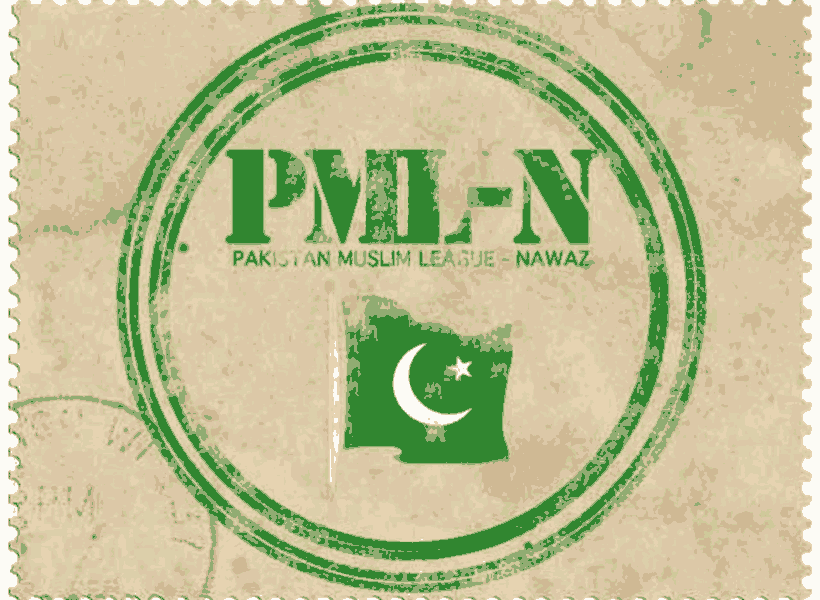 LAHORE: The ruling Pakistan Muslim League-Nawaz (PML-N) has picked out some six to eight lawmakers for possible induction into an expanded cabinet to be announced later, The Express Tribune has learnt.

The proposed cabinet members will take their place as ministers, ministers of state and advisers. But before that can happen the Punjab cabinet will undergo an expansion, according to sources close to the PML-N.

PML-N lawmaker MuhamÂ­mad Talal Chaudhry confirmed that the federal cabinet would be enlarged following the induction of six to eight new faces. He, however, wouldnâ€™t say when the expansion would take place. â€œConsultations are under way for this purpose,â€ Chaudhry told The Express Tribune.

Marvi Memon, an MNA on a reserved seat, was recommended by Maryam Nawaz Sharif in recognition of her efforts to make the Prime Minister Youth Programme a success.

Sources said Memon has shown interest in the finance ministry because she has expertise in the field. Finance Minister Ishaq Dar has agreed to train her, sources added.

Anwaar Chaudhry, MNA from NA-93 (TT Singh), was recommended by none other than Nawaz Sharif himself for his â€˜untiring workâ€™ in the PML-N Parliamentary Board during the 2013 general elections. He was a member of the partyâ€™s committee that formed the house standing committee. Additionally, he had led the PML-N youth delegation that recently visited China along with Hamza Shahbaz Sharif.

Abdul Rehman Kanju, MNA from NA-155 (Lodhran), is the head of a group of five independent lawmakers â€“ three MPAs and two MNAs â€“ who had defeated their rivals in the 2013 elections and later joined the PML-N unconditionally. Siddique Khan Baloch, a member of the Kanju group, had defeated PTI General Secretary Jahangir Khan Tareen.

Khusro Bakhtiar had won the 2013 elections from NA-194 (Rahim Yar Khan) as an independent candidate and later joined the PML-N. He is the only politician who could challenge former governor Makhdom Ahmed Mehmood in the district. By inducting him in the federal cabinet, the PML-N is said to be further strengthening Bakhtiarâ€™s political clout in the region.

Out of the three advisers to the prime minister, only one, Sartaj Aziz, has been given the portfolio of national security and foreign affairs. The other two â€“ Amir Bux Bhutto and Amir Muqam respectively from Sindh and Khyber-Pakhtunkhwa â€“ are awaiting portfolios.

The expanded cabinet will see one more adviser. And MNA Chaudhry Saud Majeed is being tipped as the fourth adviser to the premier. Majeed is the focal person for the lawmakers from South Punjab. His proposal for development in South Punjab has been incorporated in the PSDP 2014-15. He, together with Hamza Shahbaz, had been instrumental in the PML-Nâ€™s victory in the by-elections. He has also been credited for the partyâ€™s victory in the 2013 general elections in four divisions: Sahiwal, Multan, Bahawalpur and DG Khan.

A few ministers will be inducted in the 20-member cabinet while the portfolios of some ministers are likely to be reshuffled, sources said. They added that Pakhtunkhwa Milli Awami Party, a coalition partner of the PML-N in the Centre and in Punjab, will be given a ministry in the federal cabinet.

Currently, Information Minister Pervaiz Rashid has the additional portfolio of law ministry, though Minister for Science & Technology Zahid Hamid looks after the ministry unofficially. Hamid, according to sources, is likely to be assigned the portfolio.

Similarly, Water and Power Minister Khawaja Muhammad Asif, who also looks after the defence ministry, is likely to be relieved of the additional portfolio.

The PML-N is said to have reservations over Kamran Michaelâ€™s handling of the ministry for ports and shipping. He would mostly likely retain his ministry â€“ but with some restrictions.

According to a PML-N official, almost 99% members of the party who wanted to have flag cars have been accommodated in the committees or made parliamentary secretaries.

This Marine Has Smiled His Entire Life. Yes, Even When His Limbs Were Blown Off. What Excuse Do You Have?
ECP terminates PML-N MPA’s membership
To Top