Instead of PMDC, the government has made a new organization, Pakistan Medial Commission (PMC). The PMC will consist of nine members and the head will be called a president of the body. 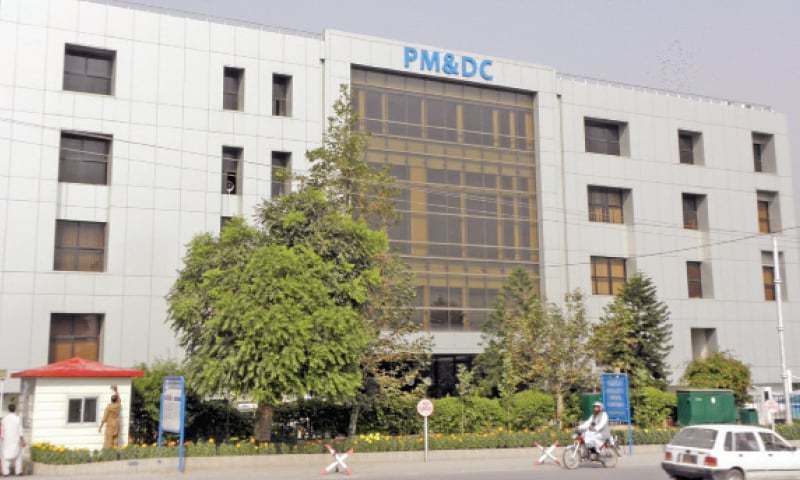 Furthermore, the Ministry of National Health Services (NHS) with the help of the Islamabad district administration and police, took over the possession of the PMDC building. They also directed 220 workers of the council that the office will continue shut for one week.

Issuance of the ordinance on Sunday ignited panic among doctors. Afterwards, the ministry of NHS issued a statement, saying the president signed a new ordinance.

“Implementation of new Ordinance requires the dissolution of current PMDC. Government of Pakistan hence on Sunday directed the temporary shutting down of the offices of Council.”

It further says, “This would ensure the protection of the essential records and assets of PMDC. The offices will remain shut for one week.”

The statement further states, “The inconvenience caused to practitioners and others is regretted.”

“However, it was essential to protect the original records and assets of PMDC being the government’s priority and responsibility.”

In order to ensure that no inconvenience is caused to ongoing medical and dental admissions, the Ministry of NHS will be taking necessary steps,” the statement concludes.

Besides, the undemocratic way of bringing an ordinance has spurred the anti-PTI narrative. President ignored the proper way of moving a resolution through general assembly and then to the senate. Instead, he solely took the charge of PMDC affair. 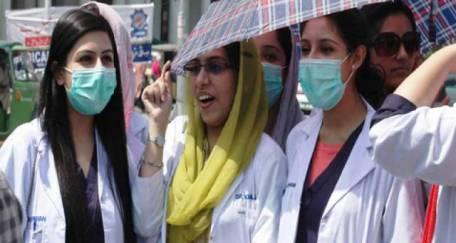 Moreover, the elected body of doctors, Pakistan Medical Association (PMA), has called the declaration undemocratic. Besides, they appealed to political parties to renounce the presidential ordinance.

The government has taken an undemocratic decision when JUIF and PPP are planning to rise against the incumbent government.  The PMDC ordinance may gather more support for the opposition.

People on social media are sternly reacting to the presidential decree.

This guy is ashamed of voting for PTI

Now This NLE shitt.
Government has doubts about its own education system. Dont understand What's the point of passing Final year Proff then if you have to pass another exam for House Job.???
I ashamed of voting for Imran Khan. This isn't the Tabdeeli we were promised#PMDC pic.twitter.com/t3nJqMVqpW

Just look at the agony of this man. The decision has deeply hurt the people across Pakistan.

PTI is giving depression to the masses!

19 years old me is suffering from depression due to irrresponsibility of PTI govtt.Who the heck asked dem to disdolve #PMDC. I am done with it. Its de most imature govtt ever.#makedoctorsnotpsychos

Bill-gates:
I failed in some subjects and my friend passed in all. Now he is an engineer in Microsoft & I'm the owner of Microsoft
Dr Arif Alvi:
I failed to get admission in MBBS, While my friends got admission and he now works in a hospital. And today I dissolved the whole #PMDC pic.twitter.com/LGl3JbpXkq

No one knows how the new Pakistan Medial Commission (PMC) will work. Notwithstanding, employees of PMDC and aspirants of BDS are shocked. The presidential decree may bring more uncertainty then amelioration of the education system.

Many are saying, after bringing financial crises to the country, PTI is now aiming towards the education system. In a nutshell, if the PTI had dissolved the PMDC by a democratic way, the reaction of people would have been different.

TECNO Launches Their Amazing CAMON 12 Air Exclusively On Daraz!
DG ISPR Knocks India Out Over Not Appearing To Support Its Claims!
To Top