Imran Khan held a news press conference in Islamabad where he mentioned the background and plan of the budget. He stated that the budget is going to be citizen-oriented and there is focus on providing comfort to Pakistani citizens.

The Prime Minister said that the government is focusing on the tribal areas as well and their utmost priority is to increase the quality of services provided there.

Even the PM’s Special Assistant said that the government is looking into the federal budget. She has assured that the budget will have many austerity measures and definitely mean the best for the country. 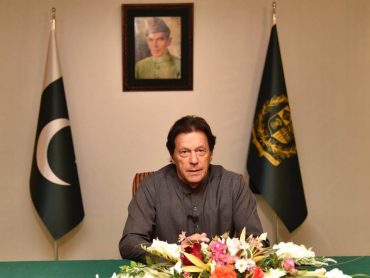 “The government is making all-out efforts to provide employment opportunities to the youth in these areas so that they can fully utilize their potentials,” The PM Imran said.

The budget will also focus on the residents of the tribal areas like Balochistan. Moreover, Imran Khan’s focus is on the undeveloped areas and he is planning on maintaining the budget for such regions.

Not to mention, Foreign Minister Shah Mehmood Qureshi had more to add on the said topic in a ceremony in Multan. He said that the government is launching an ‘Ehsaas Programme’. The purpose of it is to provide employment to young people, or those of other poor parts of the country.

“The Ehsaas Programme has 215 policies, which would surely help address economic problems of the poor,” the minister said.

The foreign minister also announced that they are going to spend a considerable amount on the construction of Surij Kund Road.

He mentioned that there will be a local government system where they will use funds for the welfare of the people. Unsurprisingly enough, he also took jabs at the former government and how it ignored southern Punjab for years.

He emphasized: “I appeal to you that come forward as we will be able to collect Rs 10 trillion rupees from your contribution,” it is a head-on method of saying that we should diligently provide taxes.

It seems like their entire priority at the moment is focused on the benefits of the masses. He is telling you to buckle your seatbelts because Pakistan is about to go on a rollercoaster it has never been on before.

The PM is strong heartedly confirming that this time the approach is different and not scandalous.

Furthermore, Dr. Firdous mentioned that Imran Khan has evaluated the budget documents thoroughly to include the underdeveloped parts of Pakistan.

She said that this budget is actually the future plan of the PTI government for the next five years! So they’ve made sure to perfect it.

Firdous admitted that the country has gone through enough. We have seen a lot of negative economic changes so it is about time that ALL of the government departments realize the significance of their expenditures. She emphasized on austerity measures to be in action as soon as possible. Moreover, this is what the Prime Minister is focusing on as well.

She said that the budgetary benefit includes tribal areas from Khyber Pakhtunkhwa and the poor uneducated regions of Balochistan. There is going to be expenditure from the budget freeze (of the Army) on these regions.

The PM thanked the Armed Forces for continuously fighting for the country and agrees that their sacrifices will not go to waste.

I appreciate Pak Mil’s unprecedented voluntary initiative of stringent cuts in their defence expenditures for next FY bec of our critical financial situation, despite multiple security challenges. My govt will spend this money saved on dev of merged tribal areas & Balochistan.

Everyone keeps saying that there is no sacrifice given by the common man; we are just witnessing the greatness of this government. But are the austerity measures 2019 really going to prove themselves as beneficial? Well, let’s have a look:

The Drastic Increase in GST:

They prepared everything for our benefits (the citizens) and we understand that. But yet people are mad about a couple of things that can affect us quite deeply.

In order to better the economic and social conditions of these poor areas and reduce deficits, they would need funds. Heaps of funds. How will they achieve them? The PTI government has decided to increase the tax. 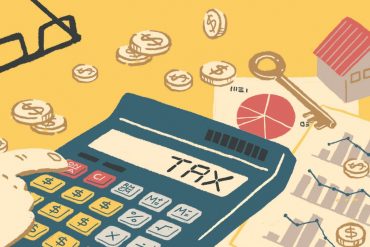 The budget is going to be presented on June 11. And the PTI government is taxing the citizens in order to achieve the tax revenue collection of Rs 5.55 Trillion.

There will be an increase in GST (general sales) on a variety of products. The government is also going to provide incentives to exports so that the foreign currency inflow increases while importing becomes expensive.

The government is also enforcing a health tax where carbonated drinks and cigarettes will be taxed more. This might seem like a clean discussion at first but can be quite damaging.

Considering that the tax compels people to not purchase cigarettes but nicotine addiction is no joke! People might end up reverting to lower quality brands and even worsen their health.

But on the side note, the revenue from the tax is for the health sector and it is the perfect way to generate about 40 to 50 billion rupees in government funds.

The good news is that the budget would definitely stop the flow of imports in the country by increasing the custom duty on the imports, giving incentives for import substitution, and increasing the production occurring in Pakistan. There will be an on-going focus on the increase in cotton production.

Is this really the best for Pakistan? Are we going to see the light shining at the end of the tunnel, after so many years? Well, it can be difficult to tell… yet the audience has mixed reactions. Some of us appreciate this gesture while some of us are furious to pay extra tax.

What is your approach to it? Do you think the proposed budget plan can meet our expectations?