Yesterday, Prime Minister Nawaz Sharif dressed the winning squad of 2017 ICC Champions Trophy with cash prizes and honors. Each and every member of the squad was rewarded with 10 million rupees for their performances and efforts leading to a celebrated victory in the final. Besides players, chief selector Inzamam-ul-Haq was also rewarded with a cash prize for his services, joining up a perfect squad for every match.

Participants of the ceremony included a number of renowned public figures, politicians, and veterans of the cricket team. PM Nawaz Sharif addressed the crowd and showered praise over the team and management’s effort. It was a fine evening where the state acknowledged and honored the spectacular feat bagged by our team players. 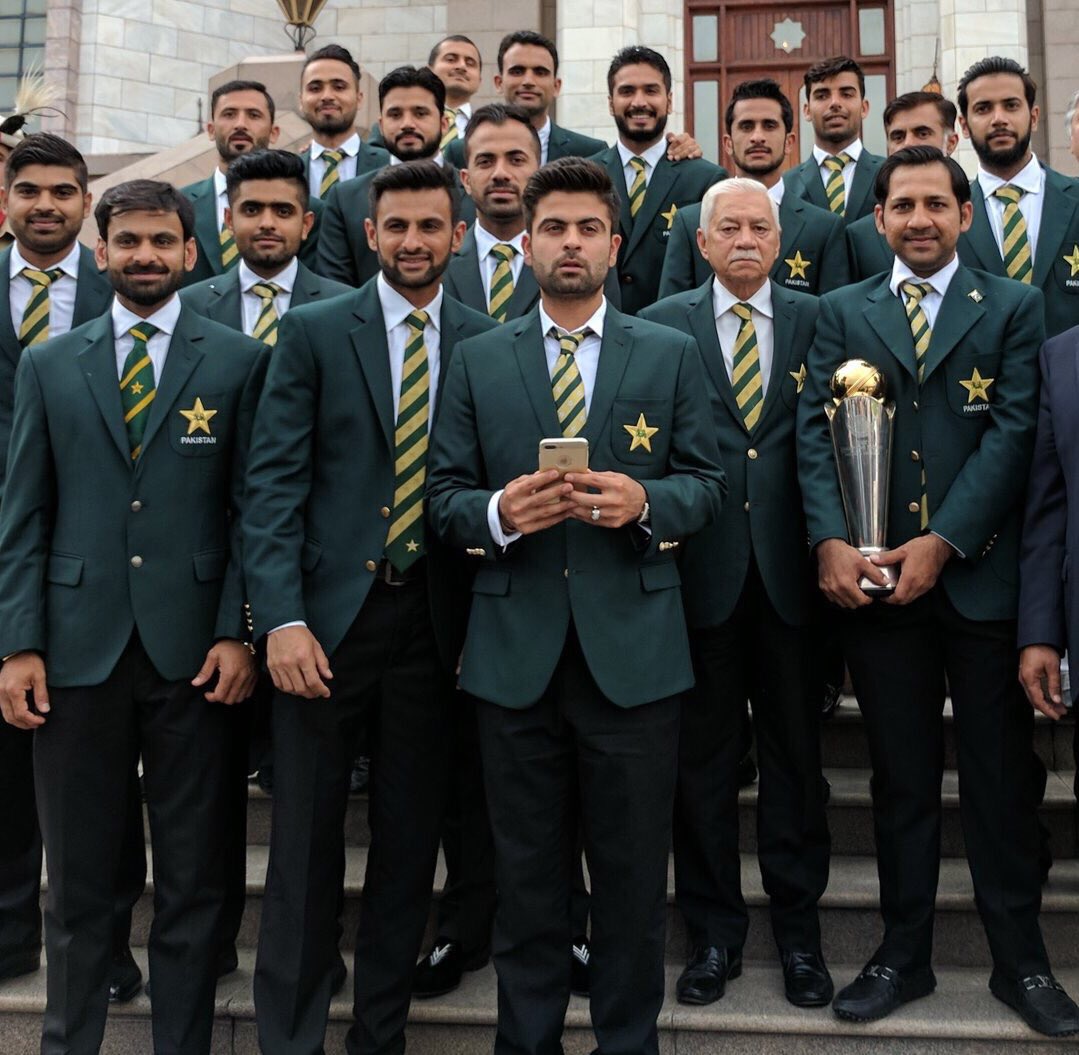 All eyes were on PM Nawaz Sharif as he delivered a speech and gave away the prizes to each player by turn. His presence was marked in honor and respect. But the greater aspect of the evening remained what happened on the other side. Pakistanis took to social media with their reactions to every bit of detail and of course, they did not hold back the banter. Ahmed Shehzad, Wahab Riaz, even the Prime Minister himself was the center of attention, the butt of all jokes that followed.

Pakistanis didn’t spare anyone; here are our people at their very best…

Nawaz Sharif: what have you done for country?

Wahab: What have you?

The bigger question is…

There are more pictures of Wahab Riaz and Ahmed Shehzad with the trophy than Aamir's. How is everyone ok with this?

Wahab Riaz can get Rs. 10 million for doing nothing and you can't even get a text back.

Ahmed Shehzad with the most prized possession of his life. Not a bat, not a trophy, but 📱! pic.twitter.com/NjaWBfLK2V

Pm gave a cell to #AhmedShehzad on his brilliant #selfie performance pic.twitter.com/2eyUj483TN

Well, congratulations to our team players for receiving their cash prizes. They simply did everything to deserve honor and our respect. Congratulations to Sarfraz Ahmed over his appointment has Test cricket captain. Let’s hope this incredible bunch of lads stay united under the leadership of our captain and continue to bag big victories such as the bygone one.