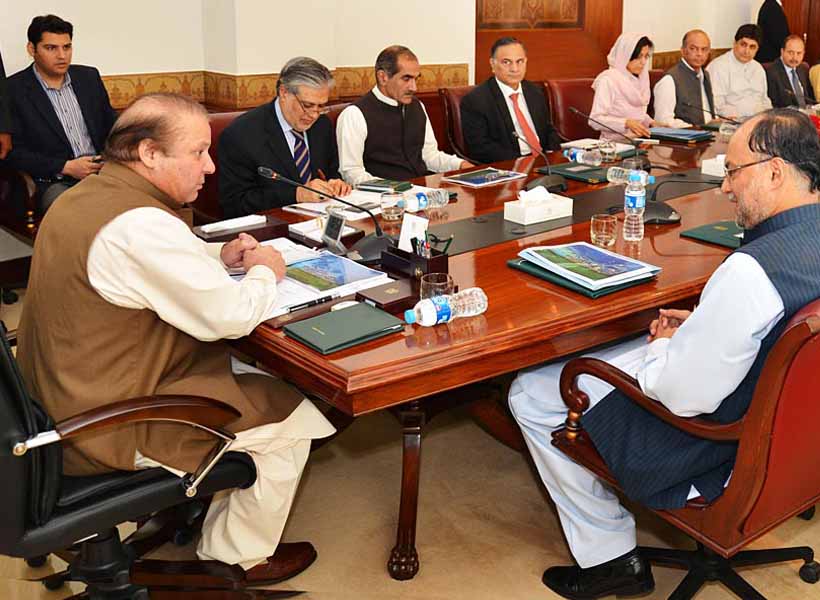 KARACHI: Prime Minister Nawaz Sharif, during a high level meeting in Karachi, announced to launch the metro bus, to be named Green Line, for the city for which the federal government would provide Rs15 billion,Â Express NewsÂ reported.

The metro bus is part of the rapid transport service project.

During his one-day visit to the metropolitan city, Prime Minister Nawaz headed a high-level meeting at the Governor House, where the DG Rangers briefed him about the Karachi operation and the law and order situation in the city.

The prime minister, while addressing the meeting, said he appreciated the suggestions given regarding the operation. He added that everyone had said that â€œthe operation against criminals should happen quickly.â€

â€œSoon after your suggestions, we initiated the operation,â€ the premier said.

Expressing fears of backlash in major cities because of the Zarb-e-Azb operation, the premier emphasised that law enforcement agencies should ensure that the security situation remains under control.

The prime minister also supervised another important meeting at the Governor House regarding development projects, particularly mega-projects in Karachi.

The Sindh chief secretary briefed the premier about the delay in the Karachi Circular Railway (KCR) project and said the biggest hurdle was encroachment in the right of way. He informed him that the Sindh government needs massive funding to clear the area and relocate encroachments.