Till now, every ruling power had its own desires and filthy intentions comforting its personal benefits. Before taking over the office, the then called state presenters had no neat conscience towards Pakistan as their only aim used to be looting the country off till its core. The current financial brawl and inflation prevailing in the state is a result of the corruption and loans the past governments took and satisfied their personal spendings with it.

Well now that ‘khata hai tou lagata bhi hai’ traumas are all over as the major differences in the last two ruling parties and the current Pakistan Tehreek e Insaf (PTI) government are clearly visible. Prime Minister Imran Khan’s recent US visit is gathering a lot of praise as the total cost of the visit is extremely low as compared to the dents that former disqualified Prime Minister Mian Muhammad Nawaz Sharif and former President Asif Ali Zardari gave to the national exchequer.

Asif Ali Zardari and his extremely expensive visit to the States!

Back in 2009, Pakistan People’s Party (PPP)’s co-chairman Asif Ali Zardari was serving as the President of Pakistan. During his 6-day visit to the US and meeting President Barack Obama, a huge amount of money was spent without any accountability. The trip started from 4th May 2009 and ended on 8th May 2009 with another big loan on Pakistan’s economy. The delegation comprised of 26 other government officials who went along Zardari including his son Bilawal Bhutto Zardari. 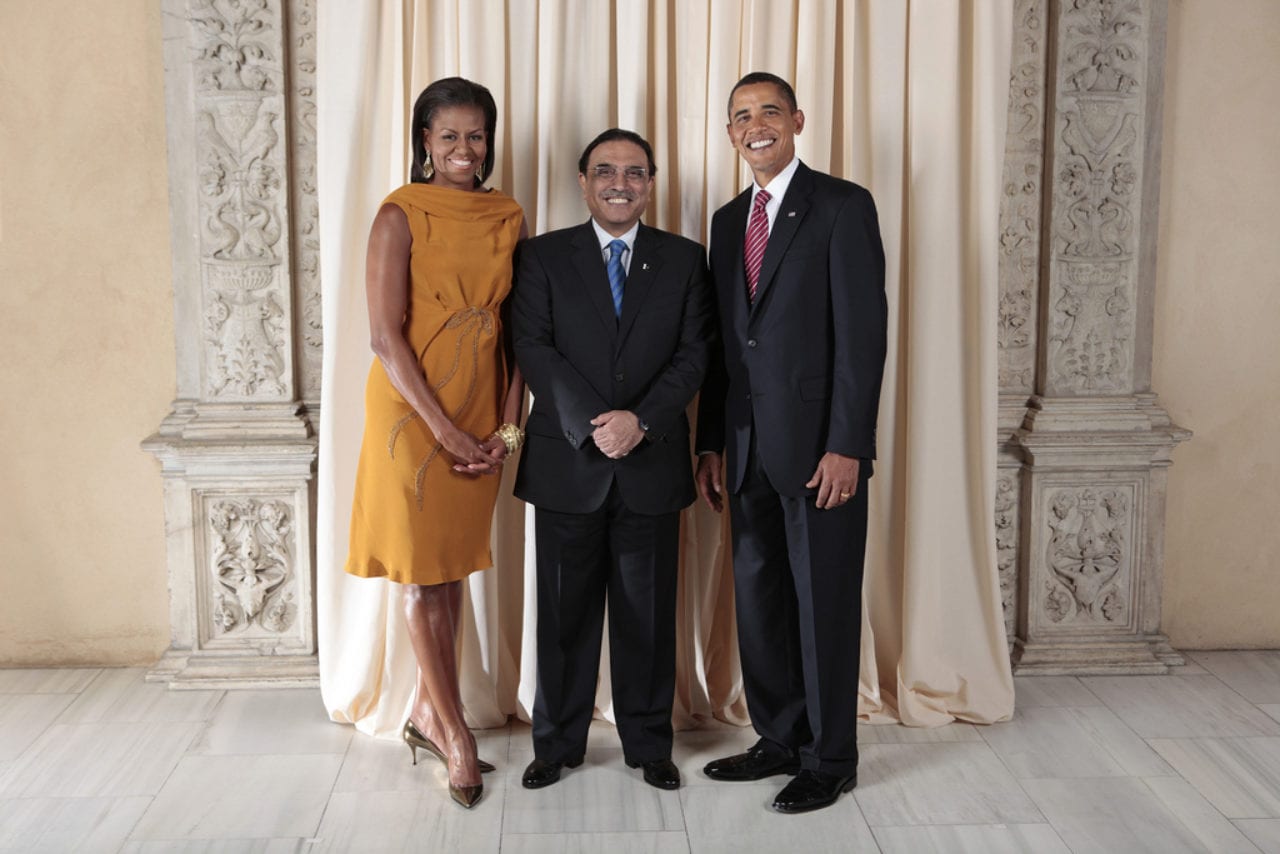 From Asif Ali Zardari’s airfare to gifts, hotel accommodation, transportation, and other expenses, the total burden that the country faced was of 752,688.05 dollars. The cost includes the former president’s transit in London. The gifts bought on the trip singlehandedly blew a hefty 1,127,220 rupees for both Washington and London. The insane extra expenses sure affected Pakistan’s national treasure and the economy too. At that time the exchange rate of the dollar in Pakistan was 80.40 rupees.

Disqualified Nawaz Sharif and his massive spendings during his US visit!

Coming to the leader of Pakistan Muslim League Nawaz (PMLN) and the former disqualified Prime Minister Nawaz Sharif, his US trip was one lavish holiday for him. The ‘parchi’ PM met US President Barack Obama in 2013 during his tenure and that 6-day visit turned out to be a heavy burden on the national treasure. It looked like Sharif took the official visit as a holiday as his delegation size was 44 and maybe his personal ‘bawarchi’ was also in it to make ‘nihari’ for him. 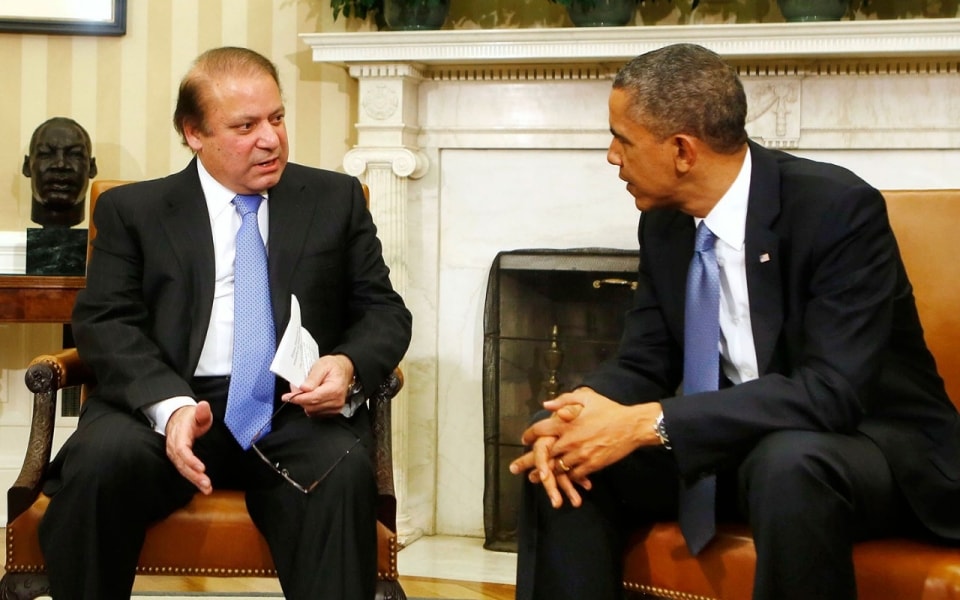 As London carries Nawaz Sharif’s properties which he made by robbing off the country’s money, his US trip started from the United Kingdom (UK). His US visit was scheduled for October 2013 and the massive spendings on a 6-day trip increased the debt with a huge amount. The transit, gifts, hotel accommodation, airfare, and transportation till his return to Pakistan cost a total of 549,853.82 dollars and the dollar rate at that time was 106.90 rupees.

Prime Minister Imran Khan and his low-cost US visit!

Comparing Prime Minister Imran Khan’s recent successful US visit to the past corrupt rulers, the difference is wide and clear. Earlier this month, PM Imran Khan had his maiden trip to the US and had a beneficial meeting with President Donald Trump. The meeting was an eye-opening example for those who wasted a lot of Pakistan’s money on their personal interests dragging Pakistan towards an end. 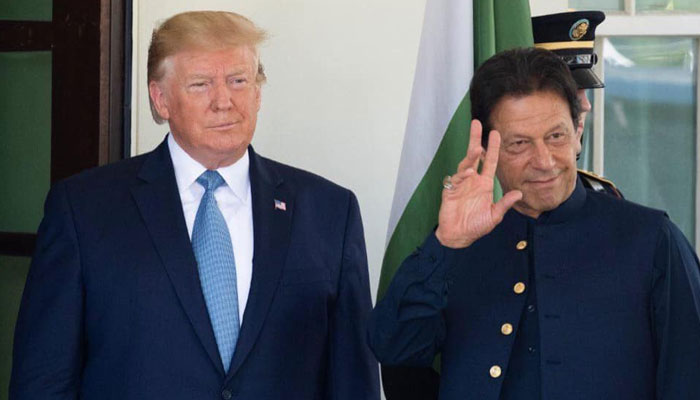 Summing up the total expenditure of Kaptaan’s US visit, it literally is an example for previous ruling scales. The airfare, transportation, gifts, living cost, and other miscellaneous expenses, it all amounted to just 67,180.73 dollars which is even lesser than the half of what the past governments had spent. Khan’s delegation comprised of 27 people from the government and currently, 1 dollar equals to 160.58 rupees in Pakistan.

Check out: Thanks To PM Imran Khan, Aafia Siddiqui’s Release Might Be On The Tables And Pakistan’s Hopeful For Her Return!

While Asif Ali Zardari was seen babysitting his precious boy Bilawal on his US visit, Nawaz Sharif used to be busy finding his ‘parchis’ during the important meeting with the US President. During such an economic crisis and financial instability, Imran Khan’s austerity and money-saving strategy were highly praised by Pakistanis. It looks like Kaptaan has won the world cup again and made his nation proud. The honor and respect Khan received in his official visit was witnessed by the whole world and Pakistanis are deeply gratified.

How do you feel about Khan’s US trip? Let us know in the comments below!

HUM TV Bans Actor Firdous Jamal For Making Sexist Remarks About Mahira Khan And Karma Is Real!
Mahnoor Baloch Strikes Again With Her Youthful Looks And We Wonder If She’s Immortal!
To Top