Imran Khan had a brief conversation with the cricketer from Saint Lucia. He stated that Sammy is now a citizen of Pakistan. He also stated that Pakistan will never forget Sammy’s role in restoring international cricket in the country. PM Imran also had a special meeting with Australian all-rounder Shane Watson in late February 2020.

As per the Prime Minister, the services of Daren Sammy for restoring cricket in Pakistan have always been highlighted by Javed Afridi. Imran Khan also welcomed former South African cricketer Hashim Amla to Pakistan. 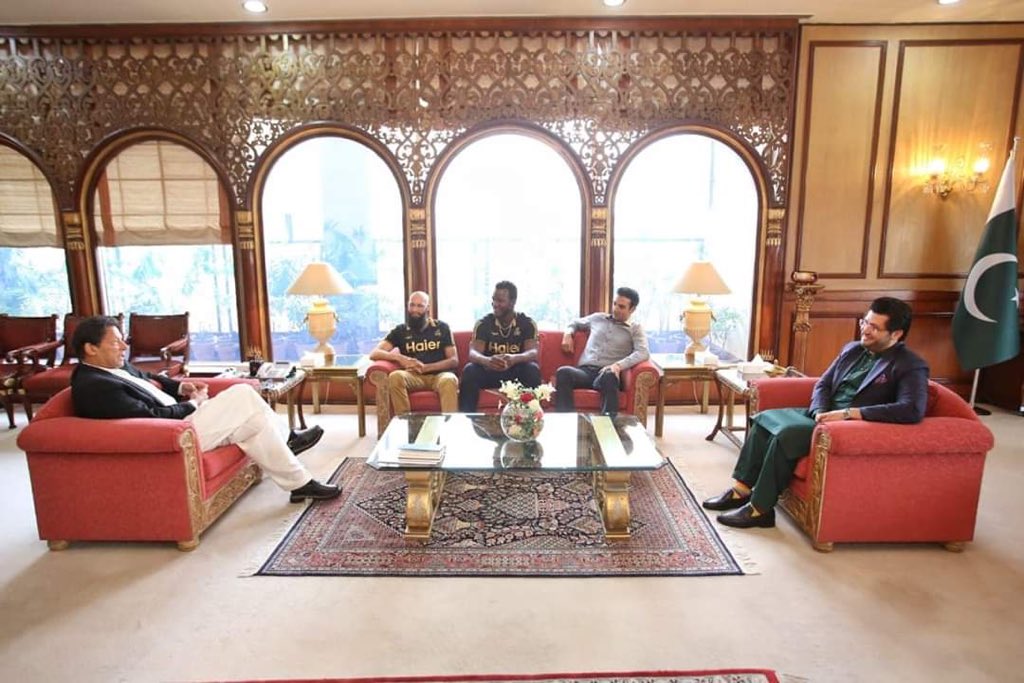 PM Khan was happy that the entire season of PSL will be played in Pakistan. During all the matches of PSL, the seats in the stadiums are usually houseful. This certainly depicts a positive message to people all across the world.

The Prime Minister further stated that his government will try to organize more international events in the near future too. This will provide recreational and entertainment activities for the masses.

It is also essential to note that on Tuesday, Mr. Salman Iqbal (owner of Karachi Kings), along with team management met PM Imran Khan in Islamabad.

Javed Afridi also expressed his happiness on Twitter. He congratulated Sammy on becoming an honorary citizen of Pakistan.

Legends in one Frame !
Btw congratulations brother @darensammy88 being an Hon Citizen of Pakistan, during meeting Prime Minsiter @ImranKhanPTI gv you especial immunity for Taxes, first ever tax heaven country for you now. 🤝 pic.twitter.com/GODM3Q2knW

Sammy also expressed his pleasure after meeting with PM Khan. He tweeted: “It was an honor meeting the great cricket legend and Prime Minister of Pakistan [PM Imran Khan] today”.

It was an honor meeting the great cricket legend and Prime Minister of Pakistan @imrankhan.pti today. https://t.co/nyetDeN5fH pic.twitter.com/5rX5FAe8ZY

The revival of international cricket in Pakistan, that initially seemed to be impossible, has now become a reality. This is mainly due to the support of legendary players like Darren Sammy and Hashim Amla. However, PSL 2020 has been barred with various controversies, such as Coronavirus. This has now resulted in spreading unrest among the people across the world. Nonetheless, the influx of international cricketers in Pakistan, as well as their consistent support for cricket, certainly deserves recognition.

Have you been following PSL Season 5? If yes, then tell us your favorite team in the comments section below!