DISCLAIMER: A picture of the survivor has been used while respecting her decision to come forward and making her voice heard.

Twitter has been trending with hashtag #JusticeforNasreenAdvocate to demand justice for Advocate Irshad Nasreen. She was abducted and tortured by some unidentified people from Haveli Lakha in Okara District. PM Imran Khan has taken notice on the matter of torture and kidnapping of the lawyer.

On August 15, Advocate Nasreen, mother of six, came to the tehsil courts to attend court hearings. However, while returning home, some unidentified men allegedly abducted her. They took her to an unknown place and allegedly tortured and raped her for four days. 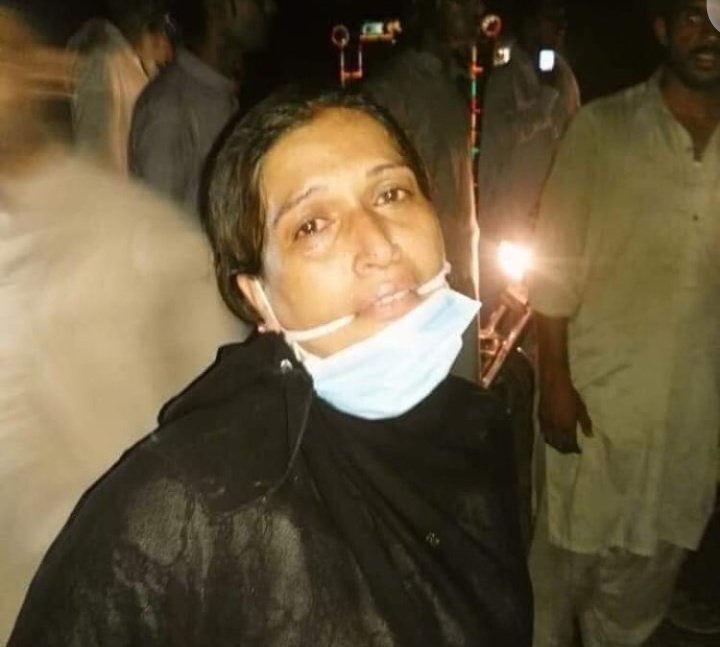 Later, the accused dumped her on the side of a road in a terrible condition and fled. According to some sources, they also made her sign blank papers. A video of the victim recently surfaced on social media, showing her in traumatized condition.

According to details, an FIR lodged on August 22 by her teenage son. Only a few hours later, they found Nasreen on the fringes of Mailsi – a town some 200 kilometers away from Depalpur. Her hands were tied behind her and she was gagged with a rope. Luckily, the lawyer was rescued by some passersby.

According to Mirza Shahzad Akbar, Advisor to PM on Accountability and Interior, Prime Minister Imran Khan has taken notice of the tragic incident.

Furthermore, Shahzad said the officials in Punjab have been instructed to investigate the matter and arrest the culprits. It is to be noted that this is the second time Nasreen has been kidnapped since October 2019.

Prime Minister @ImranKhanPTI has taken notice of incident in this video below and has instructed police and concerned officials in Punjab to arrest culprits and provide all possible assistance to the victim. @PTIofficial https://t.co/vFzigljMXp

After seeing the video of Advocate Nasreen, the netizens have shaken to the core. Taking to Twitter, people have been demanding justice for Nasreen.

There is nothing more shamefull fr our society than this.
She is a mother.
Pls execute these oppressors in front of all the ppl.
Pls take any reasonable action DPO Okara Jahanzeb Nazir Khan.
How can anyone be so shameless & begairat
I have no words…😢#JusticeforNasreenAdvocate pic.twitter.com/iwPnoCyzSK

My heart hurts 💔. Shame on our Laws and rules 👎. Ya Allah!. What's happening to our Nation?. Just bring that criminals in the society and kill them cruelly 😡 #JusticeforNasreenAdvocate pic.twitter.com/ZjPtTaS5Zu

Morning with that ruthless New of rape and kidnap 💔 This Cruelty Must be stopped. This will Happen again again if we Don't make Deterrent Example of that Animal faced brutal inhuman 😷😟 #JusticeforNasreenAdvocate pic.twitter.com/wUFwr7k277

In dipalpur-Okara, this mother rashid Nasreen of six childs, was kidnapped & raped continuously for 4 days to sign blank papers😭😭😭 Yazeediyat is on its peak & we r worried about Trees😭😭 Ya Allah, I ask Justice from YOU only. #JusticeforNasreenAdvocate pic.twitter.com/eGTpMdZxN6

In the video, Nasreen’s disturbing condition can be seen. The lawyer told her name and that four men had abducted and given her torture on which PM Imran khan has taken notice. The police later shifted her to a hospital for medical treatment. According to the family, Nasreen is still in trauma.

Rape and physical abuse cases have become more prevalent in our society in recent times. Every now and then, cases of rape and torture surface on social media. Just earlier this month, a group of drunk men stripped and filmed a teenage girl in Rawalpindi. Not only this but child abuse has also been a prevailing problem in Pakistan. We truly hope Advocate Nasreen gets her justice!