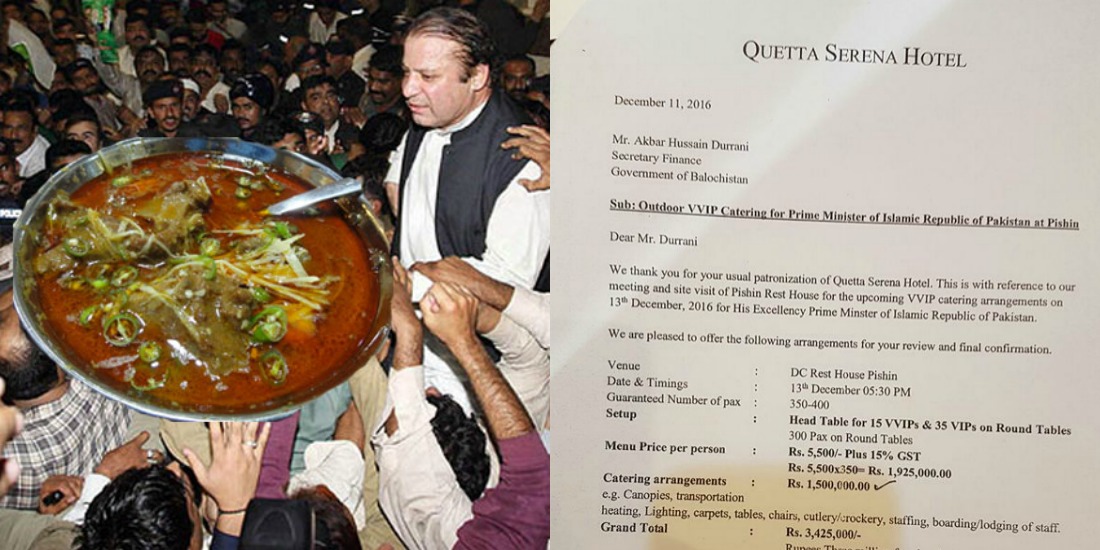 Pakistan, a country where the rich live a life of extravagance and the poor sleep hungry, has literally seen it all when it comes to state expenditure. Somebody got a hold of the Prime Minister and his cortege’s dinner bill in Balochistan and the figures will surely drive you insane!

The leaked bill is apparently of the PM and his cortege’s visit to the Pishin Rest-House In Balochistan, with the catering service done through the Serena Hotel, Quetta. The dinner catered almost 350 people in a “VVIP Outdoor Catering for Prime Minister of Islamic Republic of Pakistan At Pishin.”

The bill was leaked on a social media page with around 91,000 members. 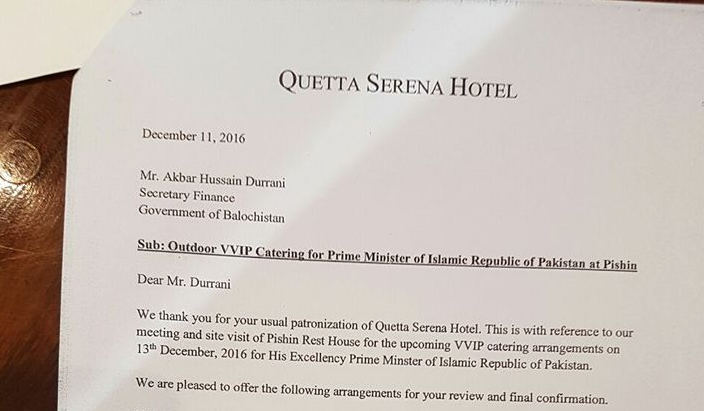 The Quetta Serena Hotel bill, apparently, was directed to the Secretary Finance, Balochistan, which thanked him for the ‘usual patronizing’ of the Quetta Serena Hotel. The bill showcased figures and details of the meeting conducted at the Pishin Rest-house for 350 people, while the per/person cost of the buffet (dinner) was Rs. 5,500.

The total expenditure of the one-time dinner cost the Government of Balochistan around Rs. 3,425,000 (Three Million Four Hundred And Twenty Five Thousand Rupees ONLY). The dinner is said to have included the Prime Minister’s favorite “Paaya and Nihari”, along with a host of other dishes. The catering also included transportation, canopies, heating arrangement and all other essentials for the “VVIPS”. 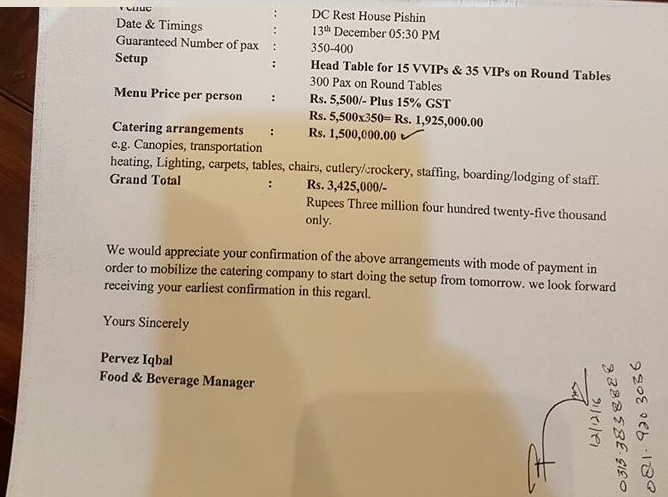 While the common man in Pakistan usually sleeps hungry, Rs. 3.5 million are spent on the Prime Minister’s dinner. To imagine the sovereign PM attending lunch and dinner outside his premises twice a day, costs Pakistan around Rs. 7 million, which is more than an average person earns during his whole life. It seems that capitalism has gripped its feet in the country and the top officials are all but responsible for the threat to socialism in Pakistan, an economic order that is preferred by our “all-season-friends”, the Chinese.

The PM and the government in charge often talk about the poor man’s feelings, emotions and across the board accountability. Why would 350 people need to spend 35 Lakh rs on eating (one time), if that is the case? Why would they not think about the immense wastage of money and the common man’s tax return, which he has paid after cutting his own belly? Why is it so hard for the people in power to see through the silhouette of poverty that only seems to escalate and not sustain? 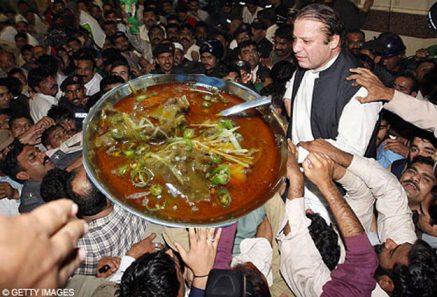 If this is all true, it can be said that Pakistanis never learn from history. They never learn from their mistakes, nor do they ever learn anything from life. Such extravagant expenditures should be condemned in the name of “VVIP” treatment. Also, did the bill really cost that much or is this another case of day-to-day simplified corruption?