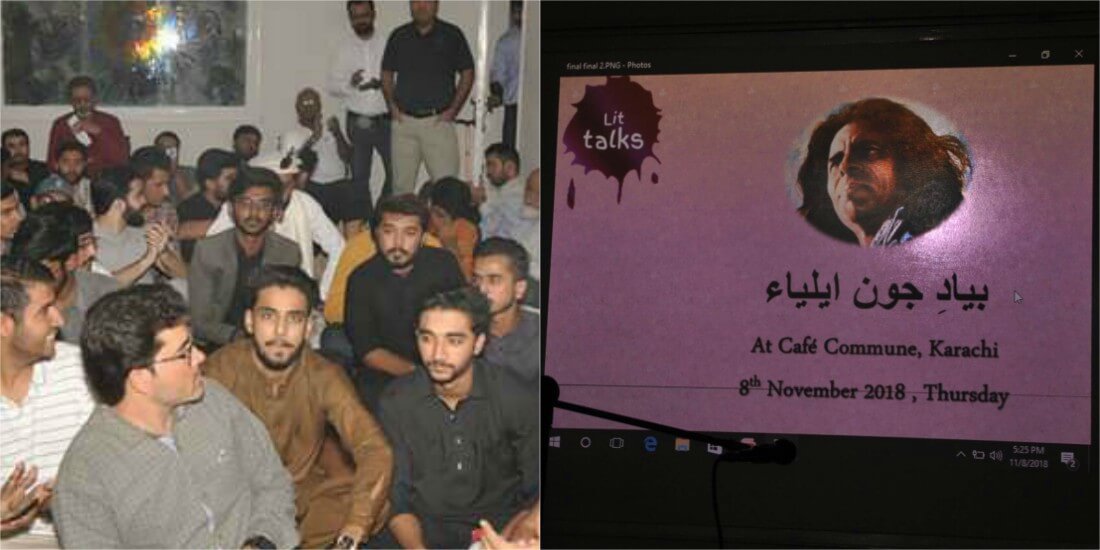 A young MBA student, Taimoor Khan from SZABIST felt the need to revive literary gatherings back in his city, Karachi and founded a platform, Lit Talks (Literature Talks) where prons and cons of the art and literature will be discussed. It will conduct sessions on slam poetry, stand-up comedy, painting exhibitions and general discussions on artists.

The people of Pakistan are passionate towards arts and literature and they have contributed a lot to it. There was a time when literary gatherings used to take place very frequently especially in the K-town. The moral values of society get better with their art and literature. 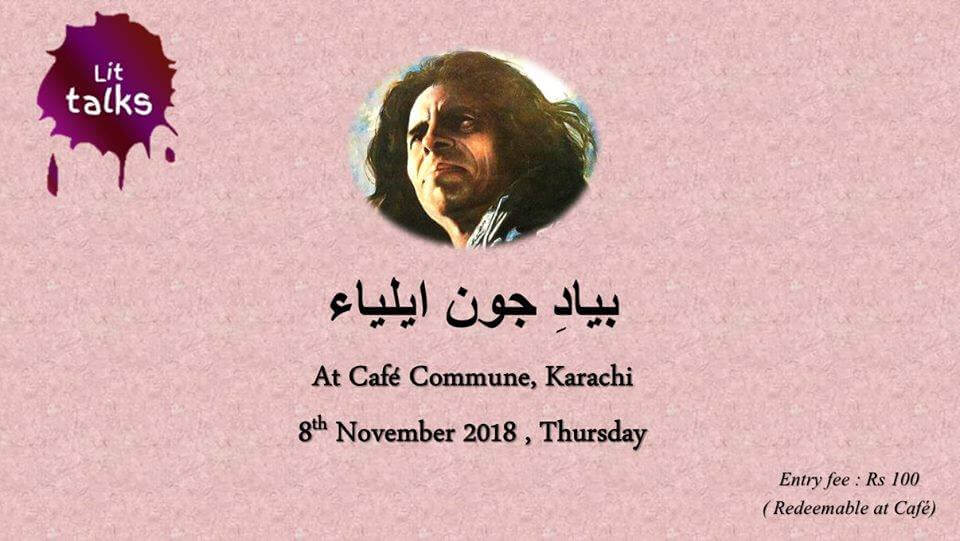 The first event, “Bayad e Jaun Elia”  took place on 8th November 2018 at Cafe Commune and got huge public attention. It was the 16th death anniversary of legendary poet. The event was attended by  Mr. Khalid Ahmed Ansari, the one who compiled Jaun Elia’s Kalam along with Momin Khan Momin and associated with theatre and Radio Pakistan.

The tributary session in the honor of Jaun Elia gathered all his fans who recited his kalam and discussed the impact his poetry and prose has in their lives. The platform is open to all and welcomes feedback from the community. Let them know what should be their next event by simply sending a mail.