As days are passing, the emergence of COVID-19, a global pandemic has also been frequent and more abhorrent in Pakistan. Although many doctors are putting in all their efforts COVID-19 has been ruthless in its battle. The number of patients has risen from 100 to 100,000 lacs in just few weeks. Many recovered patients are asked to give their plasma so that the recovery from COVID-19 is made easier.

However, as time passes by many souls are kind enough to learn from the brutality of the illness and offer their plasma. While some are coming up with petty excuses that are both distressing, and, well at times edging towards bigotry. While the pandemic keeps on taking innocent lives, some are cruel enough to even set a price on their plasma. How heartbreaking and devastating can this situation get? 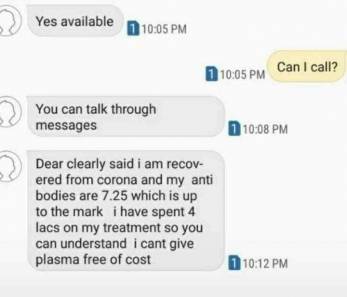 Many families have received messages from recovered individuals who are willing to give their plasma for up to 500,000 rupees. In similar retrospect, a recent incident that caught our attention was as disturbing and disgraceful as it could get. A COVID-19 recovered patient refused to give his plasma to the recipient – guess what his excuse was, the recipient was belonging to a Shia sect by faith. That’s right, you read that right.

The Shia Sunni banter in Pakistan, in fact, many countries is becoming a common societal norm. People from both sects tend to come up with different theories and ideas about each other, which then results in unnecessary arguments, and sometimes even violence. In other words, the feud between both sects has been ongoing for decades and centuries, without any such result.

A man in his late twenties to early thirties was admitted to the Pakistan Institute of Medical Sciences after extracting the virus. Sadly though, his condition was critical and he was in need of plasma immediately. The poor man’s family kept on looking for an adequate plasma for his recovery. During this time, many of the citizens and even medical students have gone out of their way to connect people or to get them plasma when required. 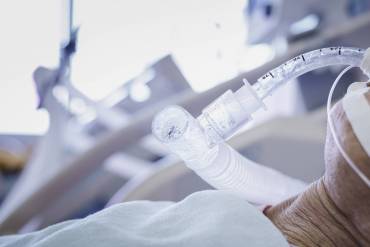 Finally, to what some may call luck, doctors were able to find a donor for the critically ill. However, despite this being good news, the plasma donor simply declined. The reason he provided was quite poor. His response on the matter was, that since the patient is belonging from the Shia sect, he refuses to help him.

Should TikTok Be Banned In Pakistan As Some Users Are Spreading Obscenity?
Director Abhinav Kashyab Makes Allegations Against Salman Khan After Sushant Singh’s Death
To Top