These Two Pindi Boys Tricked The Local Police And Received Protocol To Pick Their Father From The Airport!

The level of intelligence and humor of Pakistanis is unmatched from the rest of the world. From giving befitting replies to hateful Indian tweets to instant solutions to uncanny situations, Pakistanis sure know how to make their way out. At one point where the youth of the country is making their mark on international platforms, some have hilariously passed through the limited stance of ease.

These boys pulled off an extremely unusual trick with ease!

Nearly everyone has visited the airport to receive their loved ones at the airport but, this time it’s different. Turning into a national laugh parade, recently, two boys from Rawalpindi did the unexpected and the nation is in hysterical bliss. To pick their father from the airport, these two Pindi boys mindfully tricked the local police into providing them with protocol and it was an incredible success.

Just check out the evil mind of these two individuals who used the Rawalpindi police!

Both the boys showed them as the private security men of Chief Minister Punjab Sardar Usman Buzdar to the local police and asked them for a protocol. Luckily, the police without any identification provided them with a two-car protocol from Islamabad airport to Golra Mor to receive their father. On the way, the police showed doubt on the boys and after interrogating them, it turned out that they had no relation with CM Punjab and were indeed civilians.

The police arrested both of them on their way to the airport!

As the investigation was completed, the police arrested both the boys and filed a complaint against them. Later, the incident somehow made its way to the internet and managed to gather a massive audience on it. Pakistanis were in laughing hysteria over the unusual incident but also showed concern over the poor security connections within the police department. 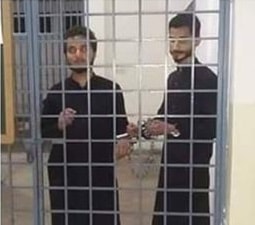 It was indeed an unexpected turn of events for the boys and they are now behind bars. No wonder, it was a dare or they did it just for fun but whatever it was, it did make the awaam laugh so hard. Well, the ‘Raja Jee’s’ of Pindi will definitely be proud of their boys for tricking the police for their own personal use plus its a worrisome situation for the law enforcing agencies on such abysmal identification process.

This Muslim Wife Is Seeking Divorce From Her Husband Because He Loves Her Too Much – Yes, Too Much!
Prime Minister Imran Khan Talks To German Chancellor About The Kashmir Crisis!
To Top