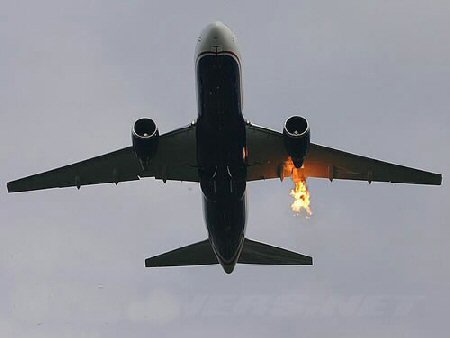 In another blow to the national aircraft carrier Pakistan International Airlines, the engine of flight PK-581 has caught fire. The incident occurred at the Multan Airport when the flight was about to take off for Karachi.

As per the details reported, the incident happened at the runway of Multan Airport moments before take-off of the flight PK-581. As soon as the engine caught fire, the pilot informed the control tower about the situation and stopped the flight from taking off.

This incident comes after the sad crash involving PK 661 that killed at least 47 people including the national legend Junaid Jamshed and DC Chitral Usama Warraich. The crash in Chitral had left the nation in mourning for a good time.

In the recent years, PIA has tried to recover its lost image and arguably it has been quite successful in doing so. Along with buying new aircraft, PIA has also focused on its image building by giving a new look to not only its jets but also its flight crew. It has even introduced new uniforms and younger faces for its air hostesses for that matter. Furthermore, PIA has had a relatively better crash record with the only crash before the Chitral incident happening a decade ago in 2006.

Even though PIA’s flight safety record is pretty good compared to many other airlines if we look into the number of air crashes, the near crashes tell a different story. Numerous times incidents like today have happened which keep us reminding of the poor maintenance of its airplanes, thus hinting towards corruption and lack of merit in many national organizations, including the national airline.

Coincidentally, PK 581 was also the same ATR 42 aircraft like PK 661 that suffered a catastrophic fate in Chitral. This adds to the increasing cries from many quarters demanding to ground all such aircrafts or else increase focus on their maintenance which reports suggest is very expensive.

After the Multan incident, Pakistanis have again taken on social media, like they did after PK-661 crash, criticizing the government of negligence and corruption.

Yet another 48 lives were put in danger by PIA #Pk581 engine caught fire on Multan Airport! May Allah help

It’s high time the national airline focuses more on merit and gets rid of the corruption from within. Pakistan can not afford to put more lives at stake due to criminal negligence and greed of a few. The government needs to play its role and take strict actions against those involved in playing with lives of Pakistanis.