A PIA Pilot Allegedly Spotted A UFO During His Flight To Sukkur And The Details Are Spine-Chilling! 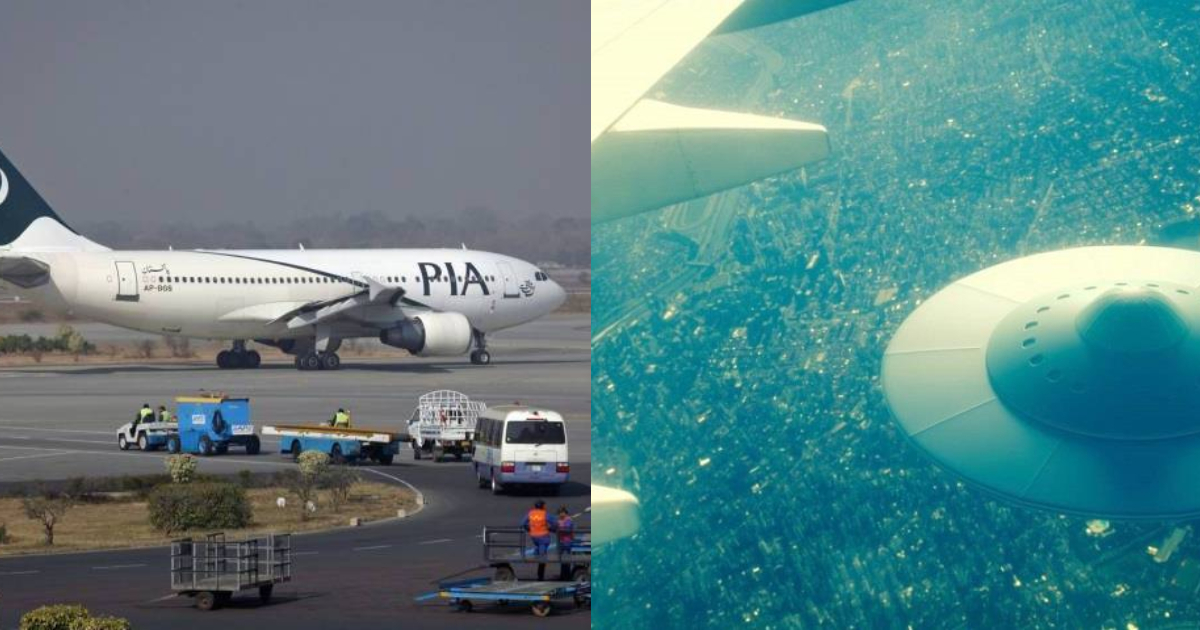 The world has witnessed a lot of creepy incidents, and they are real! Remember the time when an airplane went missing from Malaysia?! Some years back when an aircraft took off from Malaysia and was en route to China, but the flight went missing and never reached its destination.

Creepy, no? It’s been years that the air police could not conclude that what happened to the flight and where it went. The airplane was carrying more than 200 people and the mystery is still unresolved. The air police can’t declare that the flight went under some turbulence and it has gone missing due to some accident because there are LITERALLY no traces found of the plane anywhere in the sea or on land.

Well, apart from that we all have heard the spooky stories and controversies of UFOs hovering over the sky!

But this one incident is definitely going to give you goosebumps.

A Pakistani pilot saw a UFO (unidentified flying object) above his airplane!

This aircraft was airborne at a distance of 4.7 nautical miles and an altitude 4,300 feet, the pilot spotted a flying object (FO) about 105 feet above the aircraft and reported this to Air Traffic Control (ATC) Karachi.

When the flight took off from Karachi around 5 and the pilot started increasing the height, he spotted a brown and black object hovering over his plane.

He then immediately informed the air police and upon investigation, the police decided that this must be a hand operated hover. So, the police under the command of SSP Malir Irfan Bahadur started searching the area. They reached the Hyderabad motorway and didn’t find anything.

Later, the air police decided that the object spotted by the pilot must a weather balloon sent by Pakistan Meteorology (Met) Department.

The balloons are sent four times a day. To collect the data for weather forecast! And when they contacted the MET, they the weather balloon can only go as high as 10 miles.

Also, the MET officer said that every pilot goes through the training to know enough about the weather balloon, so the pilot can’t mistake the air balloon with a UFO!

Now, this is shocking!

Do you believe in UFO conspiracy?! Was it really a UFO? Aliens? :O
What if it really was a UFO? The air police can’t detect any frequency from the said UFO. This is really creepy!

Do you guys have anything to add to the story? Let us know in the comments below!

Momina Mustehsan’s Brother Just Released His ‘Justin Bieber’ Inspired Song And Pakistanis Are Confused!
The Manchester Of Pakistan – 9 Things That Every Faisalabadi Loves About Their City!
To Top