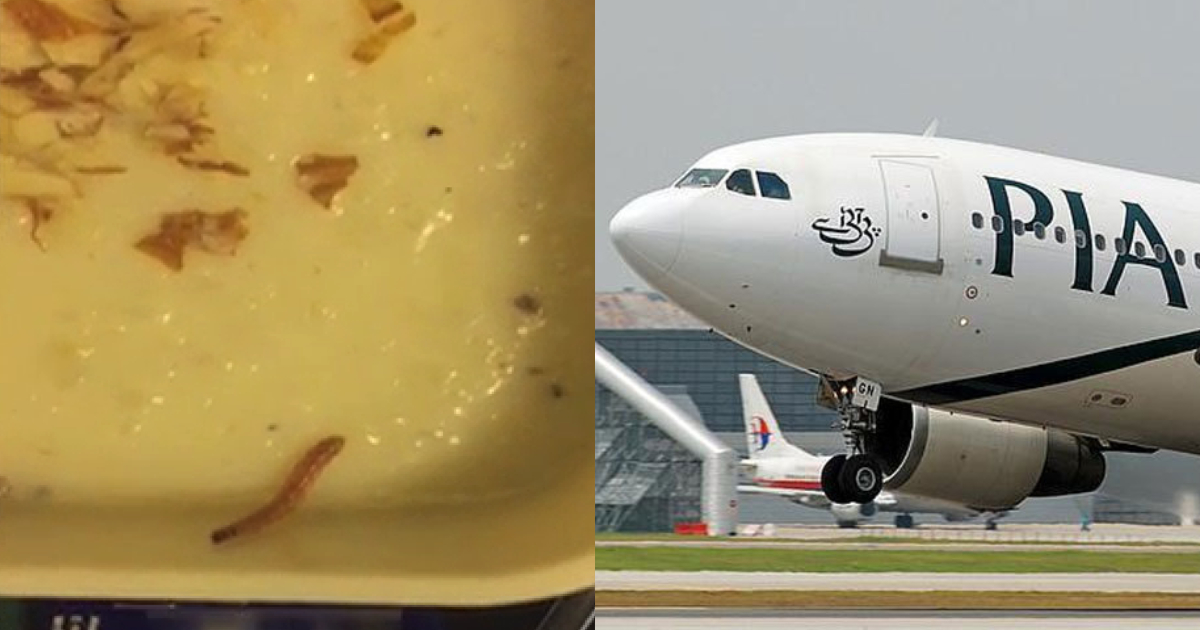 PIA has a very notorious reputation. If you are a Pakistani, then you would definitely know that this domestic flight carrier has done some major blunders in past. Be it in the manner of delayed flights or the staff they have some really serious issues! That one time when the takeoff was taking too long, and when the passengers inquired about the delay they were not given any proper answer. But just some time afterward Mr. Khursheed Ahmed Shah arrived to come on board, and it was only then the people on the flight made the video of this VIP culture.

Well, as there are bad things, there are good things too! Last year, PIA celebrated Basant day, in the middle of the air amidst the flight. And people were very happy to see this sudden change in PIA’s system. And another time, when a newly married couple came rushing to catch their flight straight out of their Barat event in their wedding dresses. Upon arriving the couple was warmly welcomed by the PIA staff and later was given chocolates.

But sometimes, when the sweet is given with “extra protein” you wouldn’t want to refuse it! Wanna see how that extra protein looks like?

This passenger made the video of this delicious and healthy garnish and people were like “taliyan aur ….” ehm ehm! Never mind.

Umm… what’s the slogan of PIA?? “Great people to fly with” seem like it’s not only the people who fly un there in PIA flights, HAHAH! Acha, sorry!

Having said that, the other day somebody posted a video of PIA’s food and they found a cockroach. So, PIA should be famous enough for serving the protein filled food. Who does that? Ever saw an airline serving organic protein?  Have ever experienced any such live proteins in your dessert? Share your pictures and videos, and tag the people you think deserve to be served with such “manno salwa”

Do you guys have anything to add to the story? Let us know in the comments below! 🙂