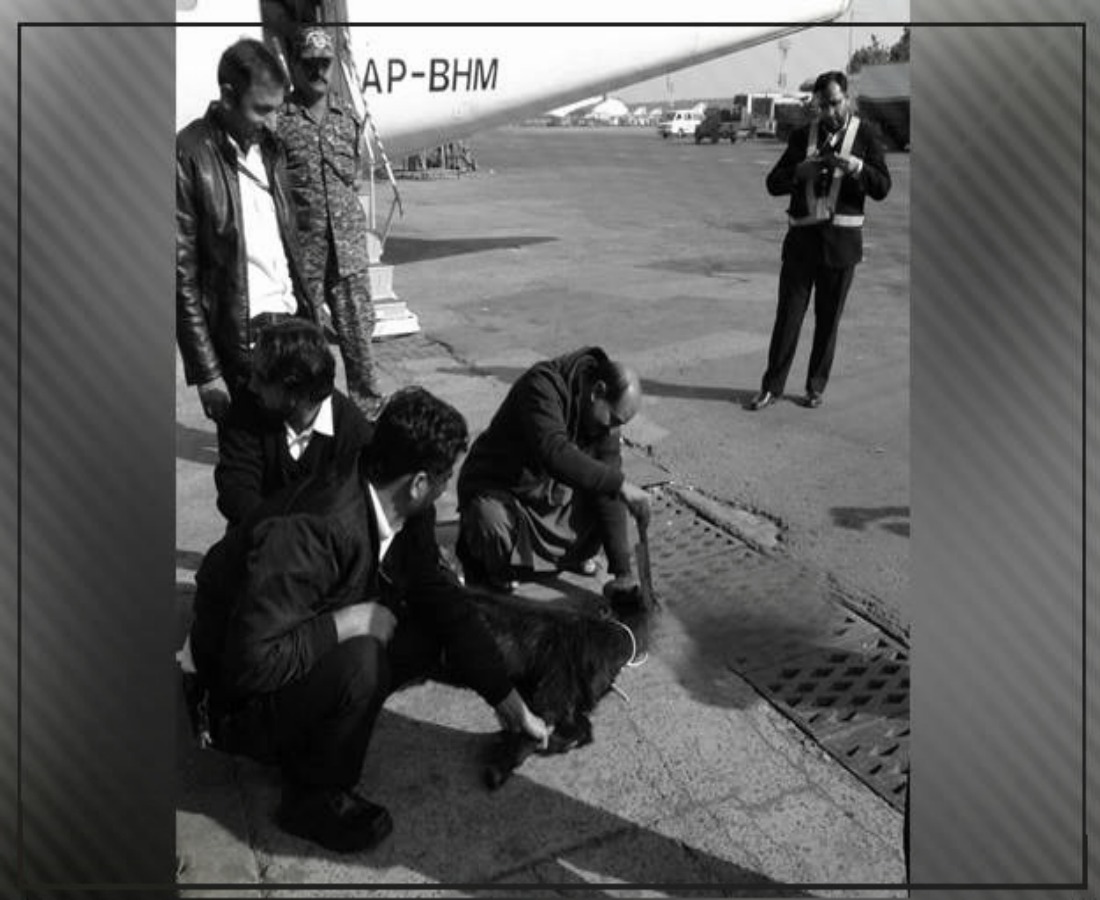 After the tragic event of December 8, 2016, in which PIA’s flight PK661 crashed in the mountains near Havelian, the general public put drastic pressure on the airline company. Pakistan’s flagship airline grounded all ATRs, and immediately started an investigation leading to the crash. The unfortunate airplane crashed, and with it killed all 47 passengers including the Pakistani popstar-turned religious preacher Junaid Jamshaid. As the investigation continues, PIA has found an absolutely perfect method of securing its ATRs for air travels.

The solution that PIA found is far beyond a scientific one. Since a PIA spokesperson denied claims that the ATR plane had any technical fault before the flight, there is no reason to think that there would be at least engineering issues with those airplanes. Hence, PIA sought a more superstitious, or perhaps religious, method. Consequently, Director Engineering advised sacrificing a black goat in front of the plane after its complete examination. 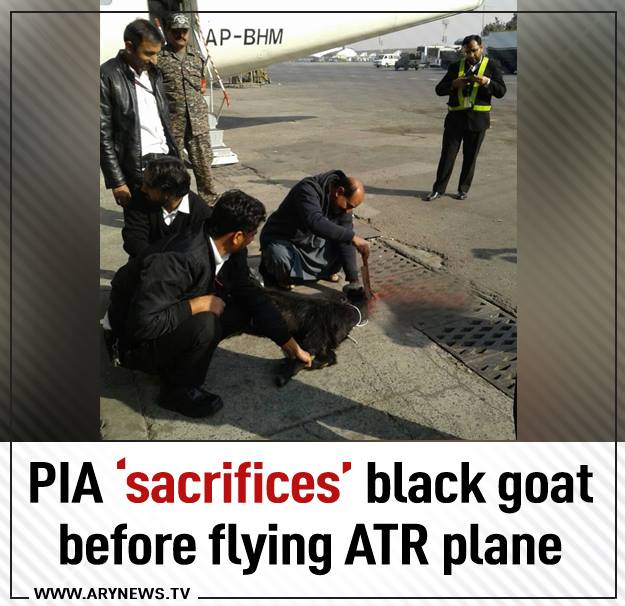 The sacrifice was held at Islamabad’s Benazir Bhutto International Airport on Sunday, December 12, 2016. It was done in an attempt to ward off any evil lurking inside or near the aircraft, or to avoid an air crash in the future.

Before this, another ATR recently caught fire. PIA Flight PK581 was heading towards Karachi from Multan when one of its engines caught fire while on the runway. Luckily, everyone was safe as the fire was securely extinguished. Civil Aviation Authority then grounded PIA’s all of the 10 ATR aircraft until a thorough shakedown gets completed.

A thorough shakedown is of no use when there is a goat that you can sacrifice. We are not sure how serious the government and the PIA is at securing its aircraft and air travels. However, one thing is for certain that they are really serious about the animal sacrifices that are ready to be offered for every ATR that is prepared for departure. Here is how Twitter reacted to such a news:

That’s The Right Way To Do It!

Inspection Team: How sure are you about your airline safety?

PIA: Sir, forget safety, we sacrifice a goat before every departure. pic.twitter.com/suxQem3Oeh

The Dark Humour Is Strong In This One:

Why Cant We Sacrifice Government Ministers Before Every ATR operation? We Should start with PIA chairman Muhammad Azam Saigol https://t.co/WtszDSa8Gg

Something To Be Concerned About

Removing technical faults from #PIA planes through slaughtering goat as "sacrifice". Poor goat and poor minds. Only in Pakistan https://t.co/X3jUQigExx

We can only so much as hope and pray that the flagship carrier airline service of Pakistan focuses more on improving its engineering team and technical staff and equipment rather than thinking of any other superstitious, or even religious, ways of overcoming any future mishap. Surely the death of 47 passengers is a blow to the heart of this nation and only a determined institute or people can actually help the public towards safety and betterment.

The Gorgeous Hareem Farooq Talking About Body Shaming Is A Message For All Of Us!
People Should Read What Taimur Junaid Said After His Father’s Death!
To Top