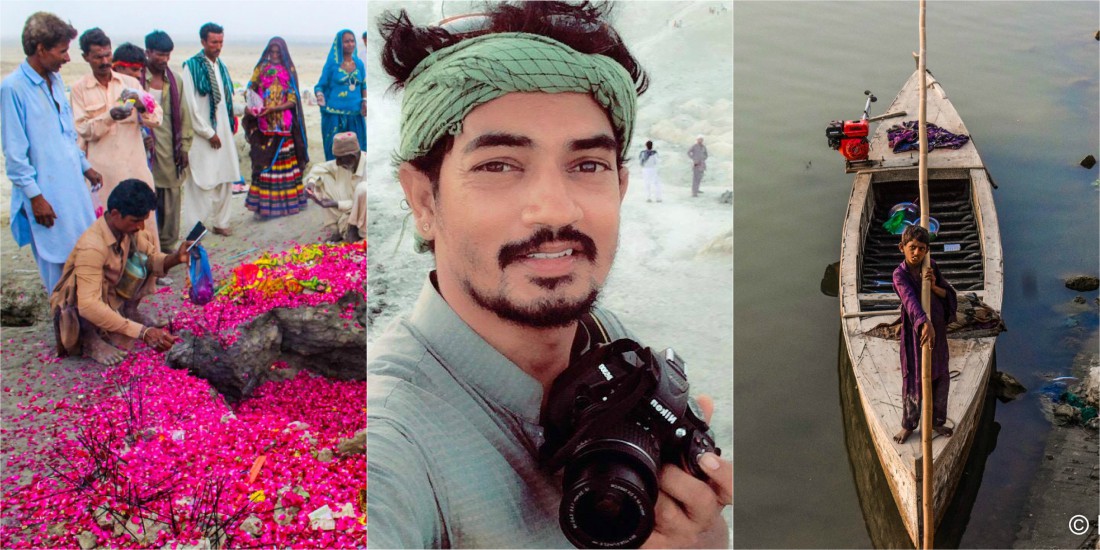 Emmanuel aka Guddu Pakistan is a nomad photographer who uses his spare time to show people the colors of Sindh. A Catholic Christian, born in Nawab Shah, Guddu started photography in 2005.

He spent most of his childhood in Nawab Shah, then Tando Allahyar. He is now settled in Mirpur Khas. He works as a publication designer and social media admin for an NGO.

Tomb of Mian Ghulam Nabi Shah Kalhoro who ruled over Sindh only 1 year from 1775-76 because he killed in 1776, this Beautiful architectural tomb was built by his younger brother Mian Abdul Nabi Shah Kalhoro. Really I love Hyderabad City because it's full of Heritage. Ye humara Sindh he, the land of Sufis. #tombs #sindh #igpakistan #igsindh #history #kalhora #kalhoro #rulars #kings #hyderabad #pakistan #heritage #goguide Btw you can share your images with #everydaypakistan

“My father wanted me to be a priest, but I didn’t want to become one,” says Guddu while talking to Parhlo,“I always liked photography. There was an urge in me to show people the positive side of Sindh.”

He claims to have learned all his photography skills through YouTube and from other peoples work but says that most photographers do not capture the beauty of simple things, “Most people take photos of the northern areas and become famous. I wanted to show people Sindh and it’s richness.”

“I have shown people places within my city which they have never seen before. Sindh is the land of Sufis, there are so many shrines many not highlighted by the media. I like to draw attention to the small shrines and unseen heritage of Pakistan,” Guddu explains.

He claims to be the first one to capture the beauty of the Tilla Shah graveyard, 20-22 km away from Mirpurkhas.

Guddu feels that if ones have limited resources photography is very hard, “Because I don’t earn a lot and spend most of my savings in traveling to cover various locations people usually discourage me saying no one is interested in your work. My wife thinks that I work so much and get paid too less and should spend the time with my kids and family no photographing”. He is also trying to train the youth, “Teach them more than just taking selfies,” he says.

Woman from Kachhi Kolhi Hindu Community of Sindh Pakistan cooking Lolra. Lolra is sweet dish make with flour and Jaggery/Gurh only during wedding season, before 15 ,7 or sometime 9 days before when Groom or Bride starts meditation of his/her upcoming new life by sitting in a corner of a selected room and this ritual called Gneh because in that room they placed Statue of Lord Ganesh, during these days till wedding they not allowed to sit on bed, cannot go alone or far, and strictly not allowed to take bath, and friends and family only put Obtan on their body. So that’s why we say that our Sindh is full of colors and rich in Culture. #women #woman #culture #tradition #rituals #ritual #wedding #people #peopleofpakistan #community #hindu #sweetdish #tribal #dawndotcom #dawnnewstv

His message is simply that Sindh is very rich in culture; it has inter-religious peace and wants to show the world that, “I think Sindh has a lot of places that must be visited and felt. People should also take into account our culture, our colors and see the various traditions and rituals. I promise you will be as refreshed as newly installed software once you visit our province,” he says while inviting people to Sindh.