Pakistan is currently going through the vicious cycle of the petroleum crisis. Reportedly, several petrol pumps in the country are closed due to the shortage of oil. Besides, the shortage of oil is making the lives of Hoi Polloi quite difficult.

Sameer Najmul Hassan, chairman of All Pakistan Petroleum Retailers Association (APPRA), commented on the issue. He said the Petrol companies ran short of the oil. Hassan added, “They have been left with a stock hardly enough to last more than three days.”

He also said the new quota of oil products is not being bought owing to a constant decrease in the quota of oil companies. No firm other than the Pakistan State Oil (PSO) is buying oil at present. 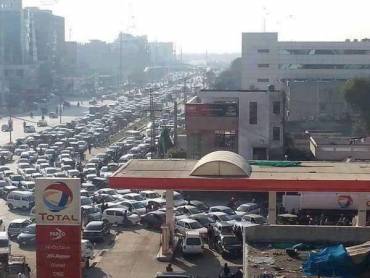 The APPRA chairperson had warned before the crisis, “The situation is expected to go from bad to worse till Sunday.”

Oil and Gas Regulatory Authority OGRA was asleep and could not prevent the shortage of oil in the country. Besides, Prime Minister  Imran Khan‘s cabinet failed to regulate the prices of the oil, which hindered other companies to buy oil. Moreover, there was no mechanism to convince oil company buyers to purchase petrol.

The mismanagement of government led to an increase in prices of Petrol and Diesel across the country, soaring the economic crisis in the country. Reportedly, petrol pumps are charging double the recommended price.

Furthermore, the PM also directed Petroleum Minister Omar Ayub Khan and the OGRA to make sure that all oil marketing companies (OMCs) preserved 21 days’ worth of stock in order to meet the license stipulations. 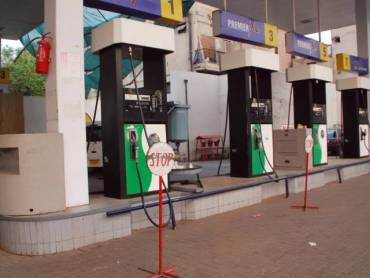 The cabinet advised the public to abstain from buying petrol. “Stocks being hoarded will be identified and made available in the market, while action will be taken against hoarders,” the statement read.

Besides, PM also ordered to investigate the whole saga. The investigation teams would consist of the representatives of the Petroleum Division, OGRA, the Federal Investigation Agency (FIA), and particular district administrations.

“The teams shall inspect all petrol depots/storage. They have all authority to enter any site,” it continued. “Anyone found involved in hoarding shall face the full force of law, including arrest and forced release of such stores.”