Caging wild animals in zoos for entertainment purposes has always been a debatable topic for many. Especially, when the brought in animals are forced to live in horrible conditions without the consumption of proper food and clean water. Similar is the case of this well-loved largest mammal of Asian descent that has been kept in a Pakistani zoo for more than three decades.

With the terrible complications created by the coronavirus pandemic, the issue has yet again started circulating online. Named Kaavan, a 36-year-old elephant is currently at Islamabad’s Margahazar Zoo is living in brutal conditions. Not fed properly, not taken care of, the poor animal is now in extreme isolation due to the deadly coronavirus outbreak.

Here’s the petition. Please sign and support the cause

Over the years, many people have come out and raised their voice against the unjust treatment of Kaavan by zoo management. There had been major development regarding the elephant’s well-being in the past but no final decision was taken. However, social media is yet again filled with concerning posts and petitions to move Kaavan to a sanctuary.

April 29th l say again goodnight my sweet #Kaavan
Nature has stopped the🌍as she wants to get off
Let’s use this time to think, to learn and to change @ImranKhanPTI @ClimateChangePK @zartajgulwazir @sayedzbukhari please allow @ftwglobal in 2 help #Islamabadzoo
+ 2 #FreeKaavan pic.twitter.com/NkdpUoR9VE

Saheli’s death due to the management’s negligence

It is indeed a never-ending debate as to why the concerned authorities don’t look after the animals kept in Pakistani zoos. As per the details, Kaavan was brought in from Sri Lanka when it was just a year old. Kept chained and left to live in barren conditions, the lovely animal has developed mental issues over the decades and should be freed now.

Previously, Kaavan even had a companion called Saheli which resulted in positive changes in its living habits. Unfortunately, the Islamabad zoo management didn’t pay any attention to Saheli either. Due to the sheer negligence of the staff, Saheli died in 2012 leaving Kaavan alone to suffer.

In its long horrific stay in Islamabad, Kaavan had incurred health and mental problems that need to be checked. Reports also reveal that in 2016, an expert from Four Paws revealed that Kaavan is in severe mental distress. The poor elephant was seen pressing its head on the enclosure walls displaying signs of neurological disability. 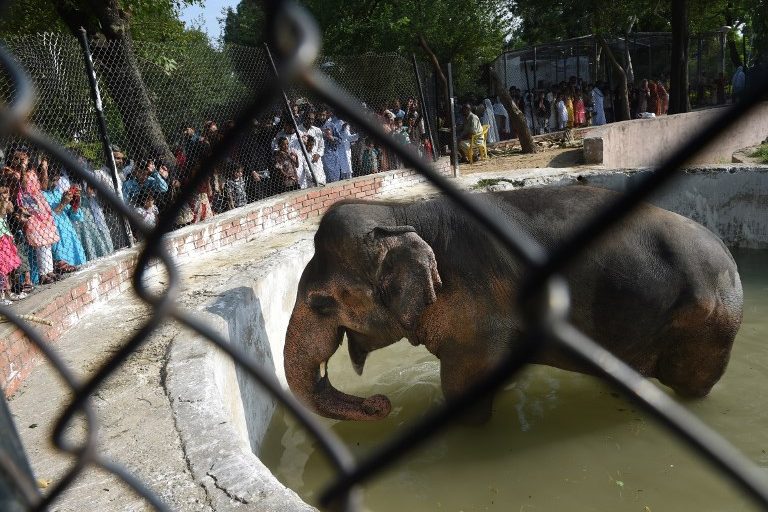 Well, the NGO Free The Wild and the Pakistani government is in contact regarding Kaavan’s freedom for last few years. Two years back, in 2018, both parties agreed to carry this out through a drawn Memorandum of Understanding (MoU). Later, the MoU was then shared with Mayor Sheikh Ansar Aziz for final feedback in early 2020 but no response was provided.

No idea what is causing such delays but now, its high time the issue should be looked into by the concerned authorities. Apparently, the issue wouldn’t have stirred chaos if the drawn MoU was signed last year when presented. Because of the deadly coronavirus, people are now demanding the authorities to move Kaavan to the sanctuary before its too late.

If you want to save Kaavan, take out some time and sign the petition before its too late.