ISPR produced drama series ‘Ehd-e-Wafa’ has landed in hot water for negatively portraying politicians and media personnel. A petition has been filed against the drama in the Lahore High Court.

A man identified as Muhammad Zeeshan has filed the petition claiming that the popular drama serial Ehd-e-Wafa tarnishes the image of politicians and media personnel in Pakistan. Furthermore, he said that the roles being portrayed in the drama painted a negative image of Pakistan internationally.

Additionally, he has also requested to halt the remaining episodes of drama from airing. 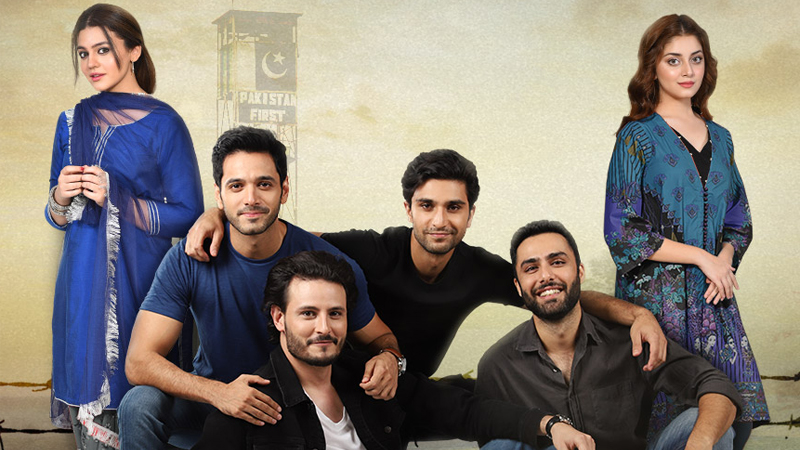 However, the petitioner claimed, “four pillars of the state were displayed but the role of the army was shown instead of the judiciary.”

Furthermore, the drama has been receiving a lot of praise from the masses and each passing episode has been creating a lot of hype among the fans.

Recently aired episode on Sunday has also got everyone hooked as all the characters of the series got reunited after long heated differences among them. One of the main characters Saad played by Ahad Raza Mir also got married to his love interest Dua played by Alizey Shah in the last episode.

Twitteratis can’t get hold of their excitement over SSG reunion

Believe me friendship is the most powerful relation of the world #EhdEWafa pic.twitter.com/z6WD6zDszK

The casting of this show is so on point. The chemistry these 4 share as best friends is so real. Not even for once it seems that they are acting. It all looks so natural. Plus writer has made sure that we connect to both their quarrels and fun ❤#EhdeWafa pic.twitter.com/FfcX7y7OtC

However, with a lot of praise, there is always criticism. Helmed by Saif-e-Hassan, ‘Ehd-e-Wafa’ is written by Mustafa Afridi. The show has become an instant hit to the audience, giving shades of the ever-so-famous Alpha Bravo Charlie.

In addition, if you’re interested in more Ehd-e-Wafa related content, check out some of the craziest hidden secrets from the show.