Peshawar's Bora Waterfall Has Become A Beautiful Attraction For Tourists!

The phrase ‘blessed with the best’ fits perfect with Pakistan as the mesmerizing nature it holds within can’t be found anywhere else in the whole wide world. From lush green sceneries to gigantic appealing mountains, the country literally has so much to offer to its visitors. Time to time, Pakistanis are seen exploring breathtaking places that were never found and this time its a waterfall. Situated in Peshawar, the recently discovered “Bora Waterfall” has become a beautiful attraction for tourists.

Apparently, the waterfall was mainly discovered by the locals of that area last month in September. A large number of locals had already started visiting the new discovery and now the tourists are also getting there. Back in September, the local residents of Peshawar discovered the “Bora Waterfall” and now it is attracting many tourists. Pakistan is totally laced with such beautiful waterfalls and other mind-boggling places.

Located on an hour’s drive from Peshawar, here’s all you need to know about the waterfall!

Let’s dive into the details and guide to Peshawar’s “Bora Waterfall” and how it is appealing to everyone to visit. As per gathered information, “Bora Waterfall” is situated in  Khyber Pakhtunkhwa (KP)’s Hassan Khel area. Particularly, it is about 40 kilometers outside of Peshawar city surrounded by peaceful nature. Well, the visitor will have to hike through a steep hill after reaching to get the taste of the crystal clear running waterfall.

How was “Bora Waterfall” discovered?

Specifically, a local resident of the city called “Dildar” explored the place at first and started promoting it. Gradually, the “Bora Waterfall” began to attract people through the internet and the locals showed their likeness for the place. Since then, the spot has been recognized by many and has been shared on various social platforms. As of now, the “Bora Waterfall” in KP has turned into a more tourist spot and adventure lovers are seen having quality time with friends and family there. 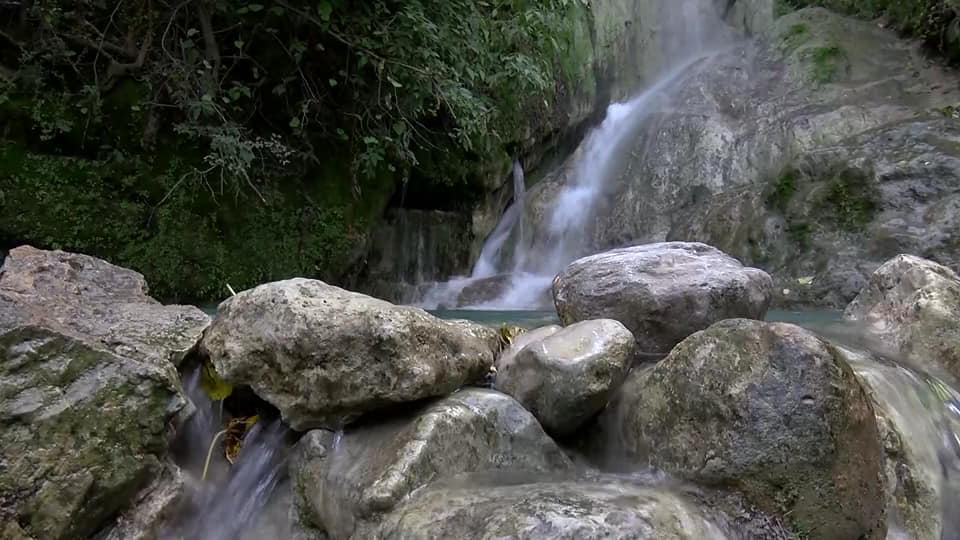 Check out: These 5 Breathtaking Waterfalls Of Balochistan Prove That It Is A Hidden Vacation Gem!

Well, the incumbent Pakistan Tehreek e Insaf (PTI) government had a plan to revive the country’s tourism department. Among other resolutions of Prime Minister Imran Khan had plans to promote the country’s tourism industry also. Now, from time to time, the sheer efforts of the Premier, secure circumstances and hospitality of Pakistan gather praises across the world.

Pakistanis Are Supporting Sarfaraz Ahmed On His Removal As Captain!
There Is A Village Named ‘Pakistan’ In India!
To Top