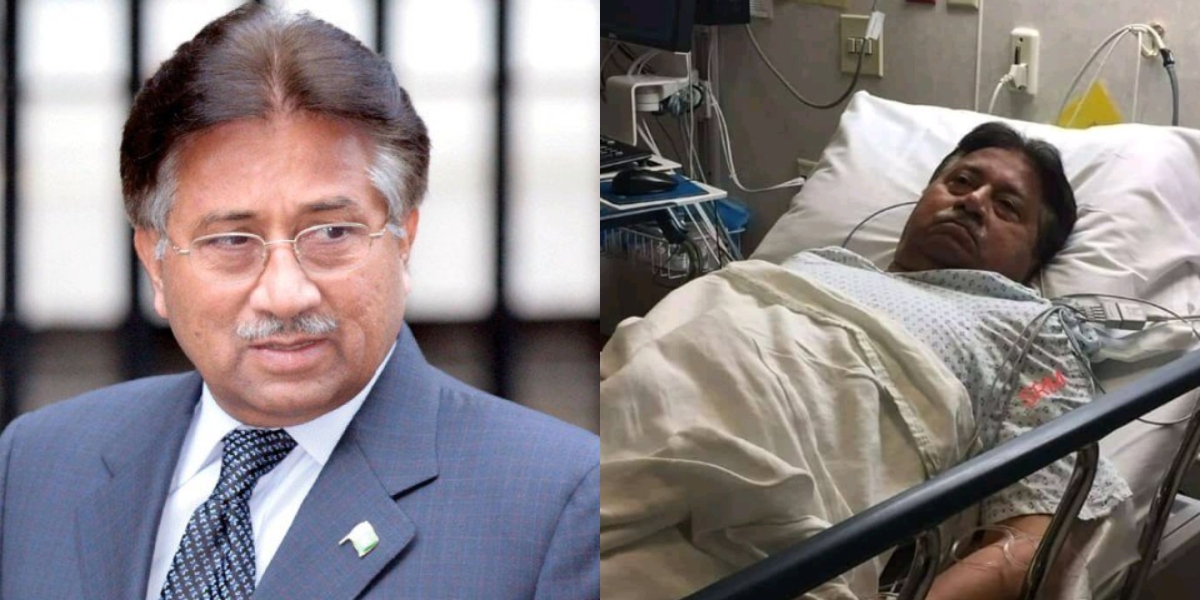 Just a few days ago, former president of Pakistan Pervez Musharraf was seen sharing smokes and cigars with the Arabs at the Asia Cup. While a case against Musharraf has been lodged from quite sometime now, there were continuous delays until recently.

The Special Court on Monday said that General (retd) Pervez Musharraf, who is on the high treason case, should submit a recorded statement to the commission as the accused denies coming to Pakistan to face his trial. Additionally, Musharraf also denied to record his statement through a video link based on the orders.

Musharraf, the former military dictator then shared with the court that his deteriorating health is primarily the only reason why he is unable to return to Pakistan.

Soon After this, The Official Page of APML Shared a Picture of Musharraf On A Hospital Stretcher

Pakistanis claim that Musharraf is suffering from a deadly heart disease.

At our last meeting, the General was struggling, physically. He needed help in handling his phone & the papers he was reading. His hands were shaky. His personal physician, over for a game of bridge, wouldn’t say much about what was wrong with him. Now this. Hope he recovers, IA. https://t.co/fOeqLZEzK4

On the Other Hand, Many Believe This Is Just Another Political Drama To Avoid his Hearing By the Pakistani Courts

Is this clear “NO” to the court to even record a Skype statement , can the lawyer please indicate which hospital bed won’t allow this? Or are cigars ok in this facility?
Musharraf declines to record statement in treason case via video link – Pakistan https://t.co/6gVaXrteRx

So apparently president musharraf has some “deadly illness”, and ppl are commenting it’s “aids”

Hate to break it to you desi uncles. Aids isnt a death sentence anymore.

Nab shd arrest all the criminals inside and outside eyan model, musharaf, parelmenterian, facilitators needs to bring in Pakistan and Not to accept fake certificates including big dakoo Governor ishrat abad , shoukat aziz wo delay

From denying to appear in courts to not recording his statement, Musharraf needs to set some ground here and appear one way or the other on the counts that are held against him.