Pervez Musharraf's Viral Picture Shows How Poor His Health Is 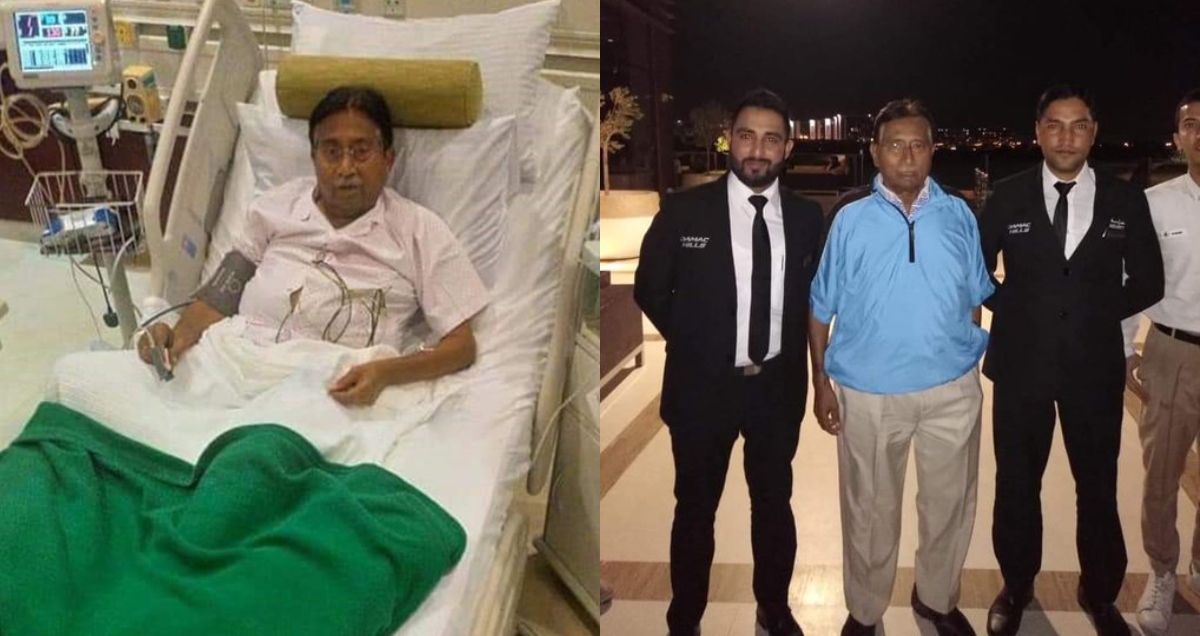 Following up on the High Treason case against Ex-COAS and Ex-President Pervez Musharraf, the decision is set to be announced soon. In a bid to block the decision, Pervez Musharraf has moved to the Lahore High Court (LHC), to challenge the decision. The initial decision has been reserved by a Special Court in Peshawar.

If the decision in the High Treason case is given against him, the verdict is set to be death. Since the news has been revolving, a picture of the former President has gone viral up on social media. In the picture, Pervez Musharraf is standing with some security personnel in Dubai.

In the picture, the former COAS looks very ill, something no one had thought about. His illness remains unspecified, but the impact of the disease can surely be seen on his face. Rumors suggest that Musharraf is suffering from an acute cancer illness that is very rare, however, there is no evidence to back these facts.

People on social media have been very vocal since the picture went viral. It is pertinent to add that in Pakistan, Pervez Musharraf is seen in the light of two opposite ends. Either people call him a hero, a man of honor, or he is referred to as a traitor – there is no opinion in between. 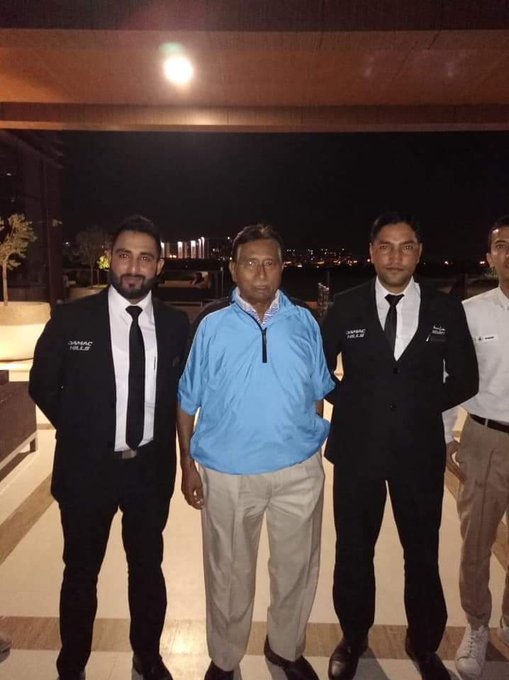 The general public, on the picture, has been very vocal. Some are labeling it is the fruits of his actions during his 9-year tenure, while others have been praying for his recovery. Taking a critical look at the viral picture, it can easily be seen how the features of his face have started to change, due to his illness.

The picture has only emerged after the talks of Pervez Musharraf’s return have come to light. It is also being learned that the Lahore High Court has accepted Musharraf’s petition and decided to challenge the Special Court decision.

It is also pertinent to add that Ex-General Pervez Musharraf had fled the country on medical grounds. Since then, he has not returned to Pakistan, in the light of his High Treason case. Experts now believe that the judgment reserved is against the Ex-President and will likely be severe in nature.

This has forced many to speak in his favor, stating that he should be given time with his ailment, and not brought back to Pakistan for his punishment. However, since the LHC has challenged the decision it is very likely that the hearing will be deferred.

#PervezMusharraf. I thought this mothaf@xa 🍆was dying and here he is playing golf 🏌️‍♀️ the son of a 🔫

Consequently, it is safe to say that Pervez Musharraf is going through a rough time. To wish the curse of heavens upon someones isn’t the right thing to do. We wish him a speedy recovery and hope that he can face the court of law with the utmost respect.