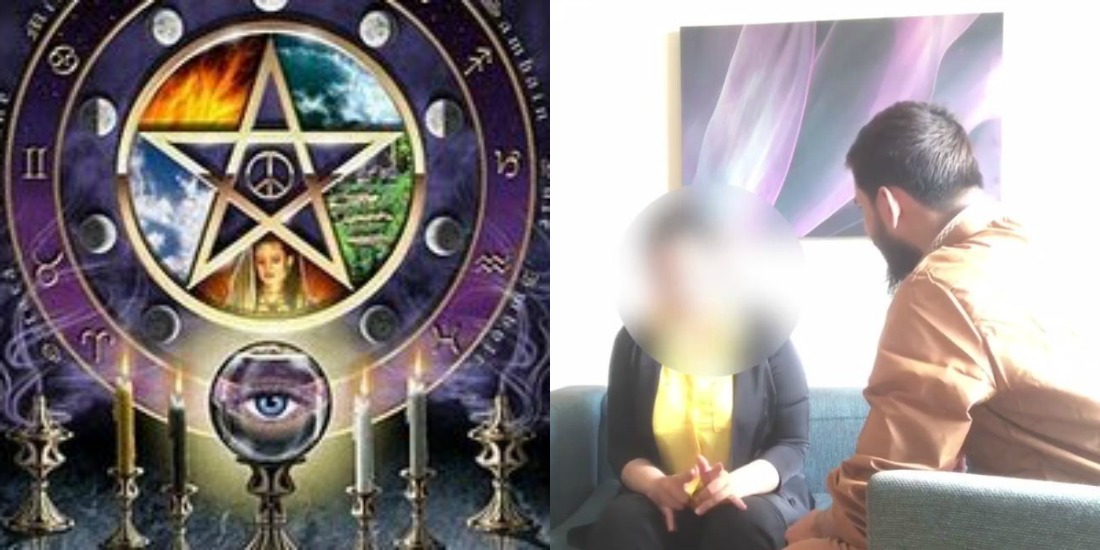 Whether people believe it or not, demonic or spiritual possessions have always been there and even Islam justifies it. Religious clerics and scholars have linked such possessions with so many reasons that even a “no reason at all” is considered an actual one. Fortunately, for the mortal, or human world, there has always been a way out of such experiences as many victims have been saved through exorcism. What you are about to see now is an actual footage of a person who claims to have convinced a jinn to leave a woman’s body:

“So the Aunty in the video has been possessed for 5 months and the Jinni inside her causes many problems in her daily life. It stops her from praying and recently it has been repeating indecent song lyrics from one specific artist who the Jinni clearly seems to be very fond of. It often makes her run out of her house after Maghrib (sunset) whilst attempting to rip off her clothes. Her son sought help from us after returning from work one day to find her singing in a strange voice in the bathroom, He waited for her to come out and was alarmed after noticing that the pupils in her eyes expanded and the eyeballs turned jet black as she continued repeating the song lyrics. He also found it strange and unusual as his mother has always been known for her interest in reciting Arabic traditional poetry. She doesn’t even know any english songs let alone sing one.

She mentioned during the consultation that she has been overwhelmed by indecent thoughts and having a strange desire to go to places where women are known to sell their bodies.

There have been many other cases of a similar nature but the people possessed are usually ones who listen to Music.

SubhanAllah I tried to upload 3 videos in the past week on YouTube and it just keeps failing so I give up for now and I’ve uploaded the full version here on Facebook instead for you all to recognize and be aware of the dangers of Music.

I pray that Allah protect us all and grant us the ability and strength to overcome our weaknesses as we all have faults and shortcomings that we can all work towards improving on.

Umm Abdullah runs a Facebook page and this time she posted a video of, what looks to be, exorcism being performed on another woman who is possessed by a female jinn. At the end of the session, the video shows that the jinn leaves the woman’s body through her left hand as it is shaking violently and later the woman retains consciousness and starts behaving normally.

Whether this whole event was a hoax or truth, not much can be said about it. However, aid and guidance from Allah are always provided to those who seek it and we all should seek resistance from such entities.

Read Also: Body Shaming – The Most Prevailing Dilemma Of Our Society

17-year-old Servant in Lahore Tortured to Death by Political Personality
Mahira Khan Might Be Putting on Some Weight For Her Project but She Looks Gorgeous Nonetheless!
To Top