The Pakistan Cricket Board (PCB) officially announced on Thursday that a one-year extension has been signed with Pepsi. A sponsorship deal is finalized for the national side. However, as compared to its previous contract, the current one is at a lower value. 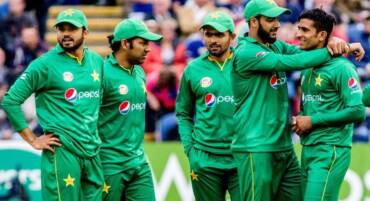 Due to the novel COVID-19 pandemic, the board struggled to find a sponsor for the side. The lack of interest in the market made it really hard. As the last sponsorship contract reached its expiry date with the beverage company, it had trouble getting a new deal.

Whereas now, Pepsi has become a principal partner of the men’s national cricket team across all three formats. The partnership is to run until June 30, 2022. During this period, Pakistan will take on England in the upcoming Test and T20I series from August 5.

Pepsi has sponsored the Pakistan national cricket team numerous times. PCB Director- Commercial, Babar Hamid said in a press conference, “Despite working with a backdrop of a challenging economic climate, I am delighted that we have reached an acceptable agreement with Pepsi to continue as a principal partner for, at least, the next 12 months.” 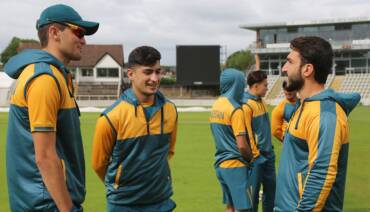 He added, “Pepsi has been our valued partner since the 1990s, during which period we have shared great on-field memories and we look forward to that continuing over the next 12-months.”

In addition to this, PBC also revealed easypaisa would be the associate partner of the Pakistan cricket team for the future tour of England. It is a digital financial services company based in Pakistan

Saad Munawar Khan, Marketing and Franchise Director at PepsiCo Pakistan, also expressed his excitement to continue their sponsorship with the PCB.

“We are proud to continue our much-cherished journey with Pakistan cricket as the principal partner of the Pakistan men’s national cricket team. Pepsi, Pakistan cricket, and our passionate supporters are all part of one family. And we are very excited to see our champion cricketers taking the field and making us proud with stellar performances.”

In the meantime, Shahid Afridi announced that the sponsorless Pakistan team will have his namesake charity’s logo featured on their playing kits for the upcoming Test and T20I series against England.