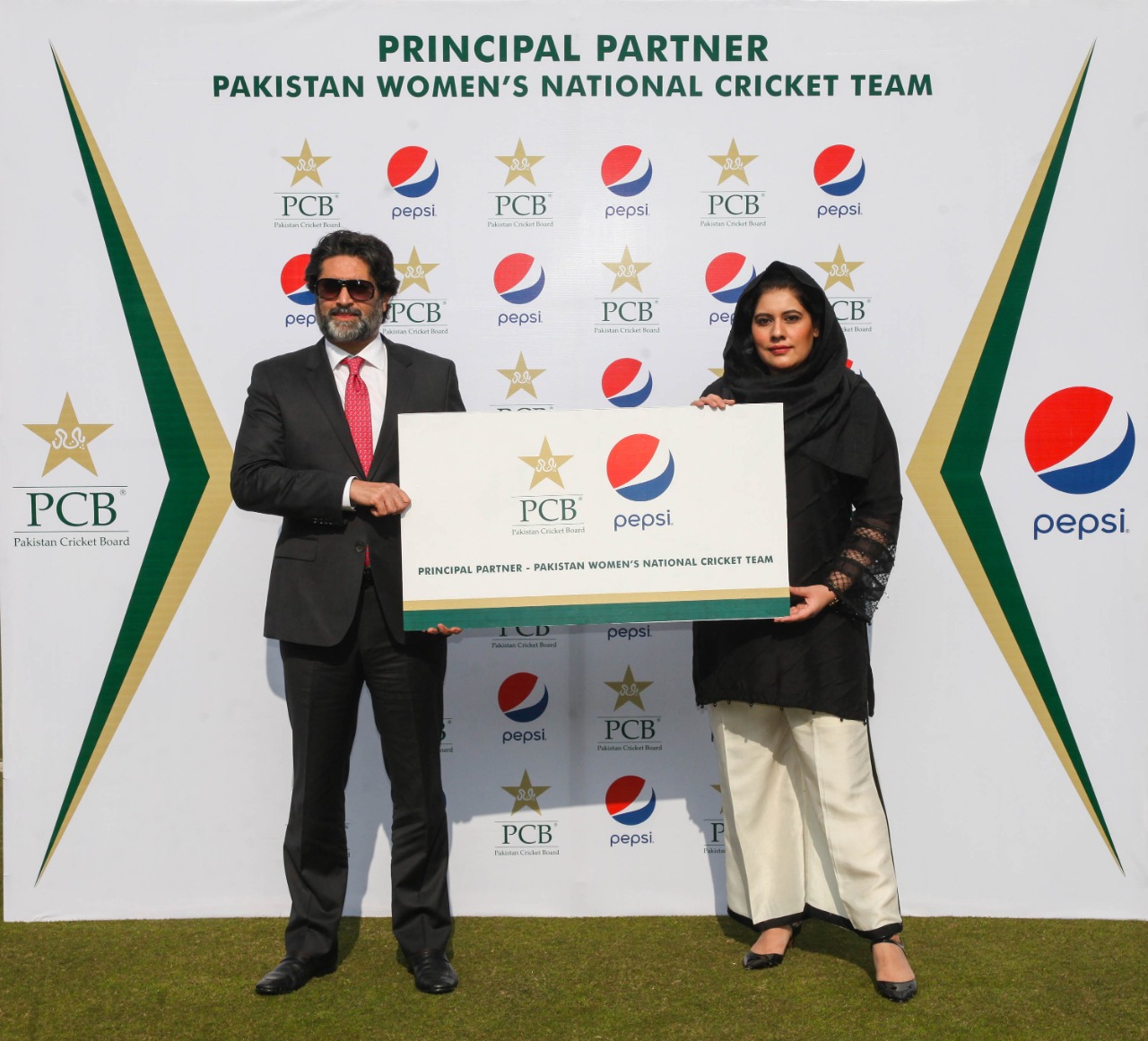 The fact can’t be denied that Pakistan is a cricket loving nation. The admiration and loyalty of Pakistani citizens for cricket is limitless. It is time to turn this narrative around for Pakistan’s Women Cricket Team as Pepsi joins hands with it.

Recognizing Pakistan’s love for cricket, Pepsi has come forward for their support. As a result, Pepsi has now become the principal partner of the Pakistan women’s national cricket team. They have made an announcement of a one-year agreement. The agreement was signed between Pepsi and PCB representatives at the headquarters of Pakistan cricket Gaddafi Stadium Lahore on Wednesday (today).

The agreement comes into effect from the South Africa-Pakistan limited overs series, the first match of the three-match ODI series is being played today at the Kingsmead Ground Durban. The ODI series will be followed by three-match T20I series.

During the series, the Pakistan team playing kits will be emblazoned with multiple Pepsi Co brands including Pepsi, Gatorade and Kurkure.

“There has been significant progress in women’s cricket in Pakistan. Our women cricketers continue to make their mark in the international arena and we want to play our part in furthering their talent. It is an exciting opportunity for us to partner with the Pakistan women’s national cricket team and we look forward to our collaboration with PCB on this mission. We are working towards a promising future as we extend our decade long association with Cricket to propagate and promote women’s cricket in Pakistan.”

“The PCB strongly believes in the growth and promotion of women’s cricket and this partnership with Pepsi is a major indication of our commitment in this regard. Pakistan women’s national cricket team has made rapid strides in recent years; the team is a force to be reckoned with at the international stage and continues to inspire young girls all across the country.”

He further said: “Pepsi has been a long standing partner and supporter of cricket in the country and has very strong ties with the PCB. This partnership is a testament to our relationship which continues to grow, we are delighted that they have come on-board to support women’s cricket and we are confident that the partnership will be hugely beneficial to women cricket in the country.”

Pepsi, in collaboration with PCB, has taken several important initiatives for the purpose of promoting talented cricketers in Pakistan. The most prominent of those initiatives was PCB- Pepsi Cricket Stars Talent Hunt Program. It was a discovery platform for a lot of successful Pakistani players such as Shaheen Afridi and Shoaib Malik.

With exceptional power-play by Women’s Cricket Team on international arena, it is only befitting that Pepsi plays its part to promote talent in Pakistan. Pepsi is amplifying their voice & breaking the glass ceiling for these resilient women.

Pepsi is working towards a promising future as they extend their decade long association with Cricket to propagate and promote women cricket in Pakistan. The time for Pakistan Women’s National Cricket Team has arrived. May Pepsi & the team achieve great & monumental checkpoints together.